Some farm equipment is a source of toxic chemicals in dairy, study finds

The dairy industry in the U.S. has been urged to finish the phase-out of phthalates in plastic and rubber as the FDA is accused of being ‘asleep at the switch’. 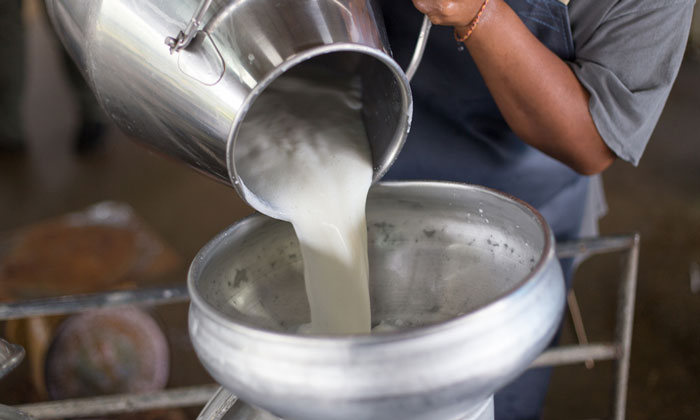 A new report by the Coalition for Safer Food Processing & Packaging has both bad news and good news for lovers of dairy products.

The report confirms that some plastic and rubber equipment used to milk cows still contains hormone-disrupting chemicals known as ortho-phthalates.

Previous studies have shown that phthalates can escape into fatty foods such as dairy during processing, packaging, and preparation. The good news, investigators found, is that dairy equipment suppliers already offer many non-phthalate alternatives.

“Shockingly, this report found that the most toxic phthalate, DEHP, is still used in some food processing, even though it’s banned in Europe and in children’s toys in the U.S.,” said Mike Belliveau, Executive Director of the Environmental Health Strategy Center. “With the U.S. Food & Drug Administration asleep at the switch, manufacturers must phase out all remaining uses of phthalates in order to protect both consumers and dairy farmers.”

“Parents who buy dairy products and other food for their families want greater assurance of safety,” said Tracy Gregoire, Healthy Children Project Coordinator at the Learning Disabilities Association of America. “Industrial chemicals that put children at risk for IQ deficits and learning and behaviour problems don’t belong in our food supply.”

Although further study is necessary to determine which specific types and brands of dairy farm equipment still contain phthalates or are non-phthalate, this investigation found:

In general, among the top five dairy equipment suppliers in the United States:

Teat cup liners (also known as inflations), which attach to the cow’s udder and draw the milk through a pumping action:

The report recommends additional investigation to determine which other suppliers of dairy farm equipment still use phthalates and which are now non-phthalate.

Phthalates are a widely used class of hormone-disrupting chemicals added to plastics, rubber, adhesives, printer inks, sealants, coatings, and fragrance. Human exposure to phthalates has been linked to lower sperm quality and infertility, and to lower IQ and learning problems in children.

In 2017, federal scientists concluded that up to 725,000 American women of childbearing age are exposed daily to five phthalates at levels that may harm the health of a developing fetus.

Most people are exposed to phthalates mainly from the food they eat. Phthalates have been shown to enter the food supply from every point along the supply chain – at the farm, during processing, from packaging, and during food preparation.

Last year, these toxic chemicals were found in 29 of 30 cheese products tested at a qualified independent lab. Previous research in Belgium shows that phthalates enter dairy products at the dairy farm, during dairy processing, and from packaging of dairy products. A new research study recently linked dining out to higher phthalate exposure, especially for foods such as cheeseburgers eaten away from home.