Soybeans earmarked as next casualty in China-US feud

The Chinese Government’s latest announcement in an escalating trade war triggered by the United States’ decision to impose tariffs on aluminium and steel. 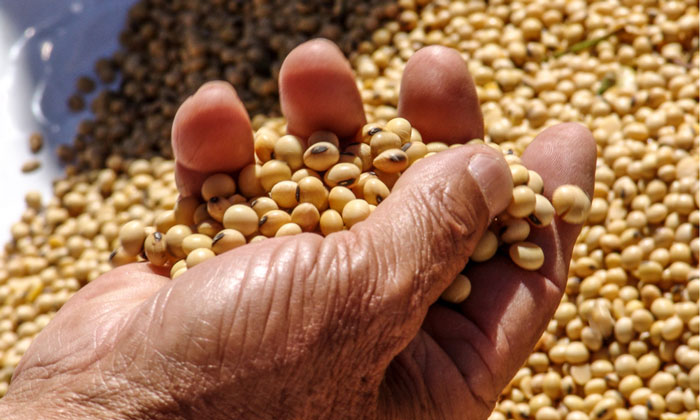 CASUALTY: Soybeans are a staple export of America's heartlands

The Chinese Government has threatened to target soybeans in the latest move in an escalating tit-for-tat trade war.

China made the announcement on Wednesday that it would be adding to a list of American products it would be imposing tariffs on. This included one of 25 per cent on soybeans, the USA’s biggest food export to China.

China buys 61 per cent of all the nation’s soybean export and more than 30 per cent of the overall US soybean production – a market worth more than US$14 billion.

American Soybean Association (ASA) has expressed its extreme frustration about the escalation of a trade war with the largest customer of U.S. soybeans, and calling on the White House to reconsider the tariffs that led to this retaliation.

In the aftermath of the announcement on Wednesday, while markets were still turbulent, ASA President and Iowa farmer John Heisdorffer said: “It should surprise no one that China immediately retaliated against our most important exports, including soybeans. We have been warning the administration and members of Congress that this would happen since the prospect for tariffs was raised. That unfortunately doesn’t lend any comfort to the hundreds of thousands of soybean farmers who will be affected by these tariffs. This is no longer a hypothetical, and a 25 per cent tariff on U.S. soybeans into China will have a devastating effect on every soybean farmer in America.

“Soybean futures are already down nearly 40 cents a bushel as of this morning. At a projected 2018 crop of 4.3 billion bushels, soybean farmers lost $1.72 billion in value for our crop this morning alone. That’s real money lost for farmers, and it is entirely preventable.

“We regret that the administration has been unable to counter China’s policies on intellectual property and information technology in a way that does not require the use of tariffs. We still have not heard a response from the administration to our March 12 letter requesting to meet with President Trump and discuss how the administration can work with soybean farmers and others in agriculture to find ways to reduce our trade deficit by increasing competitiveness rather than erecting barriers to foreign markets.

“But there is still time to reverse this damage, and the administration can still deliver for farmers by withdrawing the tariffs that caused this retaliation. China has said that its 25 per cent tariff will only go into effect based on the course of action the administration takes. We call on President Trump to engage the Chinese in a constructive manner—not a punitive one—and achieve a positive result for soybean farmers.”