According to the Government, the manufacture of cocoa, chocolate and sugar confectionery is now worth £1.1 billion to the UK economy. 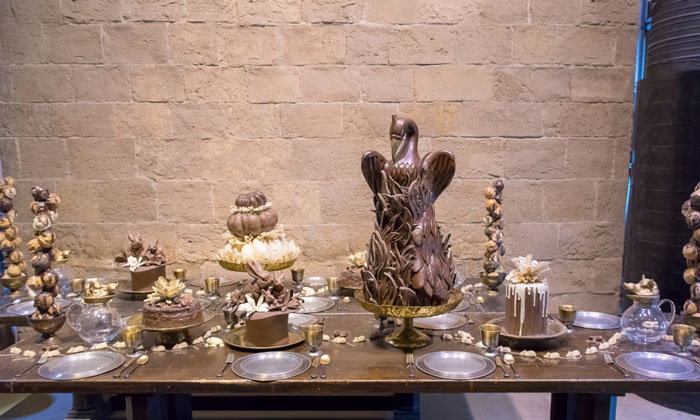 JUST IN TIME FOR EASTER: Chocolate is a distant second in the UK's most valuable food exports

After Scotch whisky, which clocks in at over £4 billion, chocolate is the nation’s most valuable food export.

Food and Farming Minister George Eustice said: “There has been a huge growth in the number of independent chocolatiers in the UK and they are very adept at creating delicious products that are shaping consumer tastes around the world.

“There are great opportunities to increase our food and drink exports and increasing market access around the world is a major focus for government.”

One business taking advantage of the increasing global demand for Britain’s artisan chocolates is Amelia Rope Chocolate, which started as a kitchen business in 2007 creating truffles and chocolate-dipped crystallised flora and now sells products in Hong Kong and Asia. The company’s hand-foiled salted butter caramel Easter eggs were served to business class customers on the Eurostar last weekend.

Founder Amelia Rope has a passion for creating chocolate using sustainable ingredients and using recyclable material in her packaging – this year her Easter eggs are being sold in biodegradable bags rather than large amounts of cardboard and plastic. She said: “Exporting is vital for me and my brand. It can be hard work but I am quite resourceful. I’m excited about now expanding into the US and the Middle East.”

The Grown Up Chocolate Company, founded in 2010 and now with 37 employees, also benefits from exporting its versions of childhood favourites overseas. Last year the company had an annual turnover of just over £2 million and they are hoping to expand to a larger site.

James Ecclestone, of the Grown Up Chocolate Company, said: “Exports are a key part of what we do and represent over a quarter of our business.

“Our products are sold as far away as Australia, and we are keen for more people around the world to enjoy our artisanal, indulgent chocolates.”

The Department for International Trade is currently working with business on the development of a new Export Strategy, which will explore the barriers to exporting and identify the best ways in which government can help drive and support UK companies to increase exporting activity and unlock high potential opportunities overseas.

Baroness Fairhead, Minister of State for Trade and Export Promotion, said: “It is great to see British businesses exporting increasing amounts of chocolate around the world as they seek to meet the ever-growing demand for our produce.

“Export support is a key way that the Government can help businesses succeed and grow, which is why I am currently developing a new Export Strategy to break down the barriers companies face when doing business on the international stage.”