Representatives from leading food industry bodies and politicians were brought together yesterday to discuss competitiveness, the skills crisis, access to export markets and fostering innovation at the Westminster Food & Nutrition Forum’s keynote seminar on policy priorities for the UK food and drink industry. 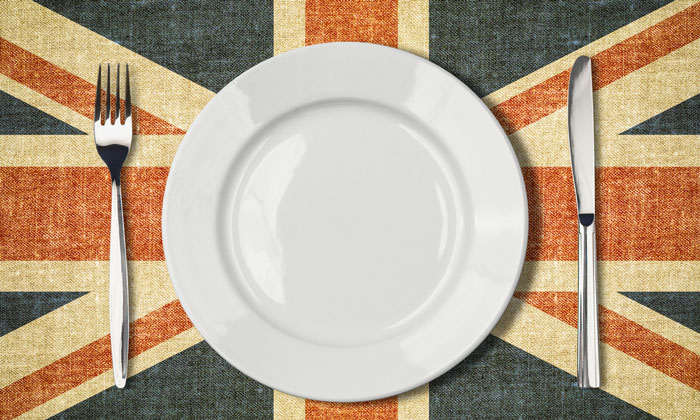 Though only two addressees  of the 10 owned it in the title of their segments, yesterday’s seminar, held in the Caledonian Club in London, was unavoidably coloured by Brexit. Unavoidable because perhaps of all sectors, the food and drinks industry in Britain stands to be most affected by the changes it brings about, with around 70 per cent of our food and drink trade linked to the continent. In spite of this tempting and ever-present maelstrom, some strove to steer clear of it, meeting with varying degrees of success. The result of this effort was a broadly apolitical debate, focusing on the practical issues, potential and solutions rather than the divisive root cause itself.

One of the issues, alluded to in the subtitle of the seminar, was that of skilled workers. This split into two separate sub-issues – European labour and incentivising Britain’s youth to work in food and farming. In the first session, chaired by Sue Hayman MP, both of these were addressed by Harry Hamilton. Mr Hamilton, the Project Facilitator of Harnessing Tomorrows Skills with Northern Ireland Food and Drink, said that the Northern Irish food sector was already struggling to source labour.

“One of the reasons we have such a high immigration level is because we don’t find enough employees within our marketplace,” he said. “We don’t have enough and we’re having to bring in labour, we have to send people out to Poland and places to increase the recruitment and bring people in, show them what it would be like to work within Ireland, within the agri-food industry.

We need food scientists, we need people with people skills.

“Recently, we have found that we’re coming back empty handed. Because of the decrease in currency values and the uncertainty around settlement within the UK and we are in a strange position, an unfortunate position, because we have a land border with the southern Ireland, a lot of the labour is going to the southern Ireland rather than Northern Ireland.”

He took the current university system to task, saying that awarded “bums on seats” but did not prioritise producing skills for the workforce: “They [universities] need people within the building that will help create their funding.

“But that doesn’t necessarily correlate to the requirements of the industry, in other words you’re offering various courses that are more attractive to young people.

“Everyone wants to study psychology, which is fair enough, it’s an interesting subject, but not everyone can be a psychologist, we need food scientists, we need people with people skills. We need engineers, we need butchers, we need all sorts, but we do not need such a wide variety of courses available because that then allows people to study for courses that there are no jobs in.”

Sally Warren, the Director of Food with the Department for the Environment, Food and Rural Affairs (Defra) told delegates that the skills gap was something the Government was addressing. She said: “As a whole, employs just under four million people. That means that one in eight workers in the UK is working in the food and drink industry.

“But we do know that different parts of the food chain are struggling to find the skills that they need, be that formerly qualified skills or people who are highly skilled and experienced on the job. Some of the key issues around skills and attracting workforce and how were tackling.

“There’s a large programme of informative education being led by the Department for Education which is looking at driving a higher number of apprenticeships, with a particular commitment to having three million apprenticeships start by 2020.

“We’ve had reform to technical, post-16 education with the introduction of T-Levels and the opportunity for industry to bring forward proposals for T-Levels to be ratified.

The image of the industry is a contributory factor.

“We also launched in December a Government careers strategy which is attempting to think about a high quality careers system for young people and adults, and particularly thinking about how we can increase the exposure young people have to different employment opportunities.

“There are some key issues around why is it that the sector is struggling to attract the staff it needs. And I think it’s really clear that there’s not one particular issue that is causing that but the image of the industry is a contributory factor.

“And that’s the industry as a whole as well as the Government that needs to think about how we can tackle this. There have been various studies and trials done by NGOs that show when you speak to students about the type of work that’s available in the food and drinks industry, it massively increases their likelihood to come and work in the sector. Before that interaction they didn’t really know what a job in food and drink might mean.”

There were positive notes from some of the speakers on the opening up of China to British trade. By chance or design, this coincided with Prime Minister Theresa May’s official visit to the powerful trading nation and the up-beat messages she was sending back, at least with regards to trade.

Ms Warren said: “China is a very significant emerging market for Defra and a key priority for us, particularly around expanding trade in animal products.

“We’ve been able to gain significant market access approval with the Chinese Government over the last year or so. Pig trotters are being exported from Northern Ireland and England, which is the first time we’ve ever had approval to export trotters from the UK to China.

“This is a market [China as a whole] that could be worth £200 million over five years and would support 1,500 jobs, so very significant. The Prime Minister is obviously in China at the moment, and has announced progress on having the ban on UK beef in China lifted. Subject to a successful inspection later in the spring, we would hope to see that ban lifted this summer.”

In the later session, chaired by Neil Parish MP, Liz Murphy, CEO of the International Meat Trade Association, also spoke of the potentials of the Chinese market: “It may [once the UK has left the EU] be easier to negotiate free trade agreements. We would not be trying to satisfy 28 member states with different economic sector interests. But equally what we would have to offer is not as great as the EU single market, so our negotiators will need to be adept at gaining as good a deal as the EU.

“China is a key market. The establishment of Karen Morgan [the UK’s Agriculture and Food Counsellor in China] was a good step by the Government and the AHDB. But we have to substantially increase those resources in China and elsewhere around the world. And it’s important that prime ministers and other ministers have a key role play. For negotiating a balanced free trade agreement with China is not an easy win.

“Poultry meat with China is equally a challenge. Because of the avian influenza situation, we’ve not even been able to yet persuade China to come and visit, to look and possibly reopen China to British poultry meat, so that is one of our very key concerns.”

Mr Parish’s session saw representatives from the Welsh and Scottish government’s food and drink arms give a provide a brief overview of their current and future international trade hopes. In his address, Dr David Lloyd-Thomas, Head of the Food Policy & Strategy Unit with the Welsh Government, largely avoided the subject of Brexit and instead focused on the Welsh brand and how the food and drink export market has grown to nearly hit its 2020 target of £7 billion, set in 2014, well ahead of schedule.

He said: “Welsh lamb is really important, it’s about a quarter of our exports. But we’re not a one trick pony. We actually have about 3,000 Welsh food and drink products. And the number is growing all the time. Our mission is to get the word out there, on the international market, as much as at home, that we are there for business and we are offering quality products, which are unique in many cases and have a good story behind them. 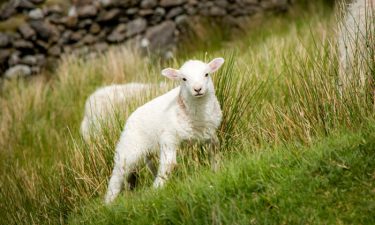 “Brand values are absolutely essential. Unless you have good brand values, you will not succeed. Ours are based upon the quality of the product and having an attractive back story. If you want to sell in export markets, these are essential features.

“Because people may have heard of Welsh lamb but it is not surprising to know how many struggle to find Wales on a map when you are dealing outside the UK, and that is a challenge you have to overcome.

Dr George Burgess, the Deputy Director of Food, Drink & Trade with the Scottish Government, was not as reticent about approaching the problem of Brexit. He said: “Of all the sectors, as you have already heard, food and drink will potentially be the most affected by Brexit. However, the Scotland Food and Drink partnership do not believe it is an excuse for paralysis. Collectively we had to divine a long term vision and strategy and, as one of our ministers put it, ‘see through the noise’.

“None of our competitors are standing still. Other small countries with strengths in areas important to Scotland such as spirits, seafood, red meat and dairy are capitalising on their reputations for pristine environments. They’re all planning ahead, so we would have stood still at our peril.

“So Ambition 2030, our strategy, is to double our turnover to £30 billion by 2030 – stretching but achievable. That goes with a £10 million funding package over three years.”