World-famous lab begins work on genetic project to save cocoa

MARS has teamed up with scientists at a world-famous lab to create cacao trees that will be resistant to disease, safeguarding the crop’s future. 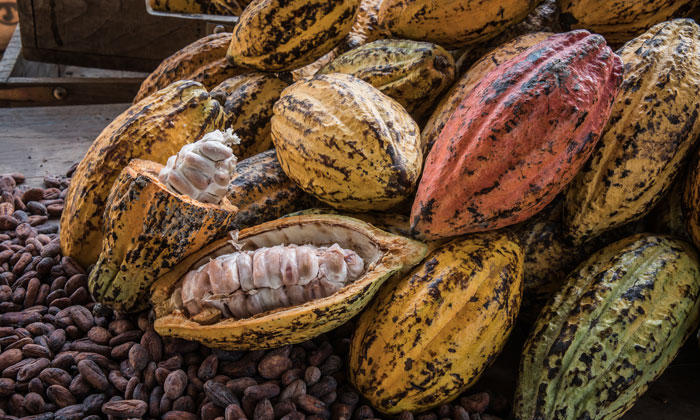 IMPORTANT ASSET: Cote d'Ivoire produces by far the most cocoa out of any nation

One of the most widely consumed plants worldwide, cocoa is no stranger to the threat of disease.

Many of these are fungal with frosty pod rot and witches broom among the most common. The International Cocoa Organization has put the losses caused by pest and disease at as much as 40 per cent.

Brian Staskawicz, Professor of Plant and Microbial Biology at UC Berkeley, is the scientific director of the IGI’s agricultural genomics program. Along with Myeong-Je Cho, PI of the IGI’s growing Plant Genomics and Transformation Facility, Staskawicz leads the team working to generate sustainable crops that will support our growing global population and withstand existing and emerging threats, from climate change to plant pathogens.

“Cacao can be afflicted by several devastating conditions,” says Staskawicz. “We’re developing CRISPR editing technologies to alter the DNA in cacao plants to become more resistant to both viral and fungal diseases.”

While not addressed directly by this project, climate change also threatens cacao. Scientists predict that climate change will significantly reduce the amount of land suitable for cultivating cacao in the coming decades, though probably not to the point of extinction.

The vast majority of cacao is produced in West Africa, and reducing the amount of cacao-producing land to an even narrower region could speed up the spread of disease.

Staskawicz hopes that the lessons learned from the cacao project can be extended to other crop species as well. “Similar strategies should be useful for protecting a variety of plants from infection, including important crops like cassava, rice, and wheat.”