UK farmers will have to earn subsidies after Brexit through sustainable practices, Michael Gove, the UK Secretary of State for Environment, Food and Rural Affairs, announced yesterday. 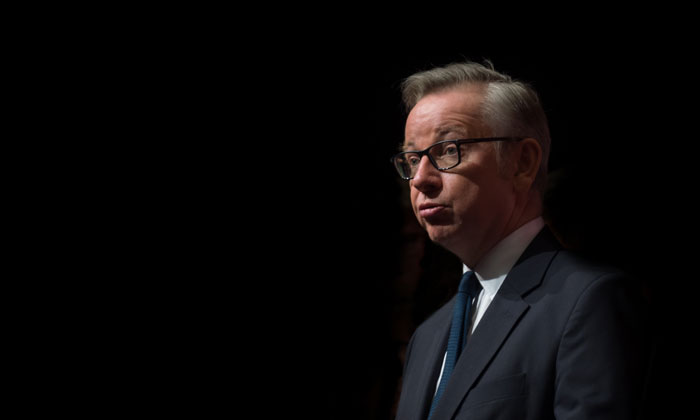 BREXITEER: Mr Gove was one of the most prominent voices behind the Brexit movement

The UK Secretary of State for Environment, Food and Rural Affairs has outlined the government’s vision for how subsidies will be dispensed after Brexit.

Speaking at two farmers’ conferences on Thursday, Michael Gove told delegates that the current EU system was ‘unjust’ and held the farming industry back.

In 2022, the end of the current parliament, he said a new system would be brought in through which farmers would be rewarded for sustainable practices and allowing public access to their land. The 2022 date was set to give farmer the opportunity to “transition” from one scheme to another.

He also said that the British government and agricultural sector should invest more in technology, “automation and machine learning, moving from the hands-free hectare to the hands-free farm”.

Mr Gove’s speech was cautiously welcomed by many in the farming community. Maurig Raymond, the President of the NFU, said: “I was pleased to hear the Secretary of State talking about the need to invest in technology, skills and rural resilience – all of which he says are public goods.

“Michael Gove also spoke about the importance of delivering benefits for the environment, something that farmers already advocate and perform highly on. Mr Gove was absolutely right to recognise the vital contribution that uplands farmers have in maintaining their iconic landscape.

“Without the productive, resilient and profitable farm businesses across the country, we will not have the people to look after the natural environment.

“A transition period that allows time to prepare properly for the introduction of a new agricultural policy is also welcome, during which an assessment can be made of the impact of Brexit on UK farming – on trade in the raw ingredients farmers produce, on farm businesses’ access to a competent and reliable workforce, and on the regulatory environment in which they operate.

“The NFU is up for the challenge of working in partnership with government in reframing agricultural policy for the post-Brexit world. With adequate time to prepare, we can ensure that the introduction of an ambitious new policy framework, one that is suited to the needs of the farming industry and the expectations of the UK public, is managed properly and delivered successfully.”

Mr Raymond’s Scottish counterpart Andrew McCornick, President of NFU Scotland, said: “In calling for agricultural organisations to show leadership in embracing the change that Brexit will bring, it was reassuring that many of the themes addressed by the Secretary of State today have already been captured by the Union in the ‘Change’ documents we published in 2017 and the nation-wide series of roadshows that we held in November last year.

“With food and drink now Scotland and the UK’s biggest manufacturing sector, we welcome Mr Gove’s recognition that any new, agricultural policy must have food production at its core.

“Initiatives that enable farmers and crofters to deliver on the requirement to produce safe, nutritious food would go hand in hand with NFU Scotland’s post-Brexit vision.

“There was also a welcome commitment that securing tariff-free trade with the EU is an imperative and that all future trade deals recognise and protect the exceptional production and welfare standards being delivered across the UK.

“While the speech focussed on how Defra will deliver for England, Scottish farmers and crofters now need to hear more about what the future holds for them.  Reiteration of the funding commitment to 2022 provides some certainty through what will continue to be an uncertain era for Scotland’s farmers and crofters.

“That period must be fully utilised to develop and implement a new support regime that fits Scotland’s agricultural landscape and which rewards activity, incentivises innovation and productivity, and recognises good stewardship of a flourishing environment, allowing farmers and crofters the opportunity to manage and adapt to change.”

Farmers’ Union of Wales President Glyn Roberts said: “We very much welcome Mr Gove’s apparent commitment to agricultural funding until 2024, and the general thrust of his speech, which described a prosperous and forward looking post-Brexit industry which is rewarded for delivering the very best in terms of food, the environment and social contributions to society.

However, the nuts and bolts of turning such a vision into reality are where the obstacles will lie, and we look forward to seeing more meat on the bones in the long-awaited DEFRA white paper, due in the spring.”

Mr Roberts said many Welsh farmers would also be concerned that nothing was said about progress on talks between devolved regions on how devolved powers and funding might operate once we leave the legal framework of the Common Agricultural Policy (CAP).

“Wales currently has devolved powers over agricultural and rural development spending and policy, but this is within the limits laid down in the CAP framework.

“The FUW fully supports such devolved powers continuing. But, we now need to ensure that devolved powers are fully respected by all 4 nations and that we don’t see the creation of support mechanisms that benefit one nation over another. Therefore we need to develop a UK framework which ensures equivalence between producers in the four nations, which respects devolved powers and allows a degree of flexibility.”

Mr Gove was critical of the European Union’s current scheme for dishing out subsidies, in keeping with view expressed previously.

He said: “Paying land owners for the amount of agricultural land they have is unjust, inefficient and drives perverse outcomes.

“It gives the most from the public purse to those who have the most private wealth. It bids up the price of land, distorting the market, creating a barrier to entry for innovative new farmers and entrenching lower productivity.

“Under the CAP, farmers have been encouraged to focus on yield overall, rather than productivity specifically.

“This has led to decades of damage in the form of significant and destructive soil erosion – estimated in one study by Cranfield University to cost the economy around £1.2 billion every year.

“We now have opportunity to reverse this unhappy trend. Sustainably managed land is far more productive than land that is stressed and stripped of its nutrients.”