The countries of Europe and Central Asia have made good progress reducing the prevalence of undernourishment, but some 14.3 million women and men in the region are still not getting the food they need and malnutrition problems are on the rise, according to an FAO report. 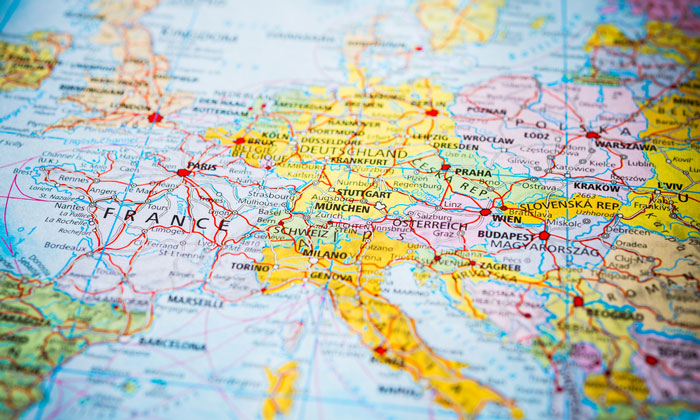 THE GOOD WITH THE BAD: Europe is one of the most developed regions in the world, but even show suffers from its fair share of food-related problems

It appraised dietary energy supply, nutrition indicators such as stunting and wasting, anaemia, overweight and obesity, as well changing diets and their impact on different population groups.

After tremendous progress in recent years, the situation in the region now appears to be stagnant. The prevalence of undernourishment remained almost unchanged in the Caucasus and Central Asia according to the report which was presented at a Regional Symposium on Sustainable Food Systems for Healthy Diets.

“Poverty remains the single, most important obstacle to food security,” said Vladimir Rakhmanin, FAO Assistant Director-General and Regional Representative for Europe and Central Asia. “But there is a clear path forward. The Sustainable Development Goals, or SDGs, provide a powerful framework for tackling the challenges faced by the countries of Europe and Central Asia.”

To better appraise the drivers and features of food insecurity in the region, FAO’s report includes the new Food Insecurity Experience Scale (FIES), which serves to complement the analysis of progress against Sustainable Development Goal 2 (SDG2) indicators on food security and nutrition. Providing more timely and comprehensive analysis, the new methodology shows that 14.3 million adults in the region suffered from severe food insecurity during the period 2014-16.

Yet, to fully assess the situation the nutrition data collected by the World Health Organization (WHO) is key, the report noted. Malnutrition in one or more of its three main forms – undernutrition, overnutrition and micronutrient deficiencies – is present to varying degrees in all countries of the region, the report states.

“Often all three coexist, in what is called the ’triple burden’ of malnutrition,” said FAO senior policy officer Ariella Glinni, principal author of the report. “It is not unusual for countries to experience high rates of both child undernutrition and obesity. Micronutrient deficiencies and overnutrition in children, women and men have become two major food security and nutrition concerns across the region.”

Overnutrition a problem, too

Overnutrition among the adult population is another important problem, the report found. A person is obese when his or her body mass index –  the ratio of weight-for-height measured as the weight in kilograms divided by the square of height in metres – exceeds 30. Citing WHO data, the report points to a 30 percent increase in the number of obese adults during the period from 2000 to 2014. The highest prevalence of obesity was observed in the countries of South Eastern Europe where 26.9 percent of all adults were classified as obese.

Growing rates of obesity in the region closely correlate with per capita incomes that allow for consumption of food products with higher caloric value, coupled with increasingly sedentary lifestyles.

To a lesser extent, said Glinni, “as a form of malnutrition obesity can also be a result of changing dietary habits, and of low incomes associated with the consumption of cheaper foods with high levels of total fat, sugar and other refined carbohydrates.” A lack of awareness about healthy diets also contributes to the increasing prevalence of overweight and obesity across the various income groups in the region.

Women and men in the region suffer from different forms of malnutrition. Women of child-bearing age are at greater risk of anaemia, constituting an important public health problem, as FAO found.

While women are mainly responsible for growing, purchasing, processing and preparing most of the food consumed, to make a real difference, initiatives to improve nutrition should target both women and men.

Changing climate and other challenges

This year’s report features the theme: Ensuring food security through better management of scarce and fragile natural resources in the context of climate change.

Food demand in the region is growing, consumption patterns are changing, and urbanisation is accelerating. At the same time, many production systems in the region are already unsustainable and vulnerable to shocks – including those stemming from extreme weather events – making future productivity gains uncertain, the report warns. Achieving food security under these conditions will require sustainable increases in agricultural production, greater resilience and more efficient use of natural resources.

Some of the countries in the Europe and Central Asia region are among the most vulnerable to changes and variability in climate, and many are already experiencing negative impacts on their agro-ecosystems, according to FAO. Increased damage and losses to the crop, livestock, forestry and fisheries subsectors are already being reported.

The need to reduce food losses and waste, which account globally for over 30 percent of the food produced, is becoming even more urgent. By wasting less food, and reducing food losses along the value chain, pressure on fragile ecosystems is lessened, greenhouse gas emissions are reduced, agrifood systems become more efficient, and food security and nutrition are enhanced.

FAO also studied how individual countries are gearing up to address their food security and nutrition problems. It found that while many have taken the first steps to implement the 2030 Agenda – building on measures adopted to meet the earlier Millennium Development Goals – only a few have policy frameworks that address all four pillars of food security: availability, access, utilisation and stability.

Some countries still lack comprehensive food security policies. In others, FAO found, food security is defined more narrowly as focusing primarily on national food self-sufficiency, without considering the other dimensions of food security.

Many countries in the region are recognising the importance of addressing nutrition issues in order to achieve food security and improve the wellbeing of their citizens, FAO found. Yet, nutrition policies and programmes have had varying degrees of success and need to be combined with coordinated measures – such as social protection, rural development, and nutrition awareness programs – and focus on the underlying causes of each type of malnutrition.