Barley varieties and their terroir add to the flavour of beer, study finds

Previously selected more for its suitability to the malting process than a taste-changing ingredient, barley may be on the cusp of a renaissance. 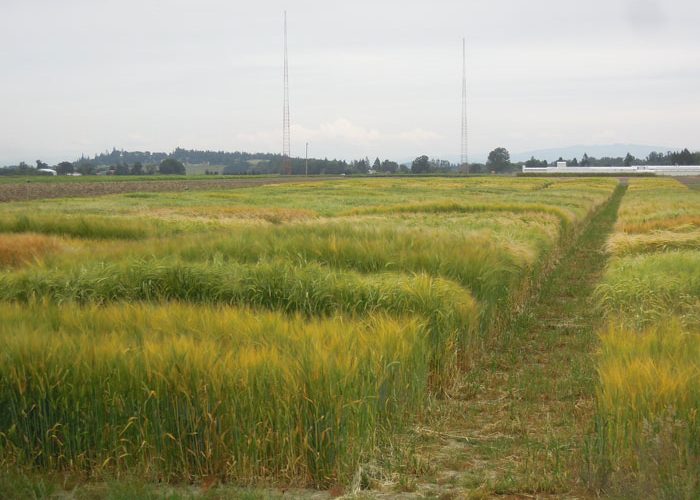 FIELD TRIALS: The barley was grown in three fields in Oregon, USA

A five-year study has shown that barley varieties and the environment in which they were grown, or terroir, do in fact contribute to the flavour of beer beyond the initial malting process.

Researchers at The Sainsbury Laboratory in Norwich along with colleagues in the USA set out to test the theory that barley cultivar and the place it is grown can affect beer flavour.

They prepared 150 beers and tested them on a panel of trained brewing industry employees with palates sensitive enough to differentiate between a flavour wheel of 10 descriptors: cereal, colour, floral, fruit, grass, honey, malt, sweet, toasted and toffee.

These qualitative tests on the beers and control beers were used to understand how genes, location, and the malting process influenced flavour

DNA analysis showed genes in varieties associated with flavour and genes associated with malting suitability were in separate parts of the barley genome. The study found that the genetic effect was larger than the environment.

“Major targets in barley breeding is yield and malting quality,” said Dr Matthew Moscou, one of the authors of the study.

“But this study has shown that the flavour profile has little to do with the malting characteristics. That’s important because it says you can breed barley for malting…but you won’t necessarily be breeding for flavour.”

“The malting process directly impacts the wider profiles of flavour – how you get a pale ale, lager, or a porter – but what this study shows is that subtle flavour profile of the barley variety selected carries through that process,” Dr Moscou added.

“This provides the motivation to look into our seed base and start looking at those cultivars that were grown in the past and asking what kind of flavour profiles we can bring into modern breeding.”

The research project appears in the peer-reviewed Journal of the American Society of Brewing Chemists.

The majority of funding for the project came from brewers, including the The Flavour- 7 Pack (Bells, Deschutes, Firestone-Walker, New Glarus, Russian River, Sierra Nevada, and Summit) and the Brewers Association. Additional support came from maltsters and growers at Rahr Malting, Mecca Grade Estate Malting, and OreGro Seed. Work at The Sainsbury Laboratory was funded by the Gatsby Charitable Foundation.