Britain’s general trade union, GMB, has called for a change in the way bananas are farmed to halt an environmental catastrophe and save workers’ health. 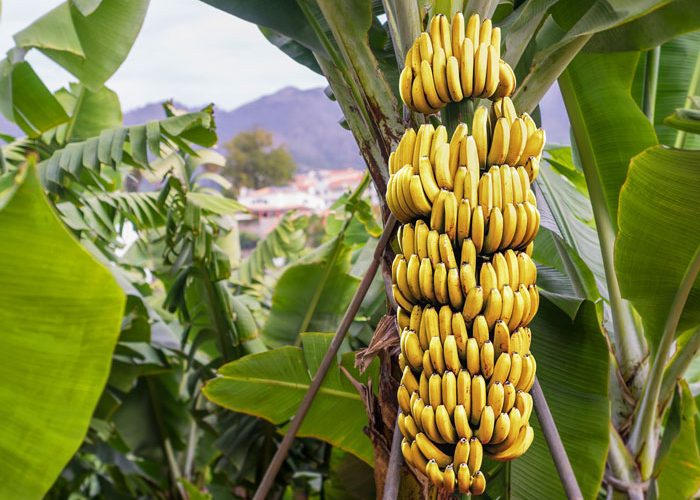 The union took the opportunity of the third World Banana Forum in Geneva today (November 8) to issue a warning to banana producers and retailers.

It said that without fundamental change in the way bananas are produced it will disappear from UK supermarkets for good.

The emergence of True Race 4 (TR4), the new strain of Fusarium Oxysporum, less than 60 years after the original outbreak of ‘Panama Disease’ and its rapid spread has exposed the US $25 billion global banana trade. Britons alone eat over 5 billion bananas every year.

The new pathogen affects banana crops worldwide. It has spread across Asia, where it is infecting bananas in Jordan, Pakistan and Lebanon as well as the Philippines and Indonesia. It is on the rise in Africa and Australia, where it was detected in 2015 and again in 2017.

It has yet to arrive in Latin America, but no barrier to its spread there has yet been identified.

In order to save the banana from potential extinction, unions and farmers are calling for change to production methods.

These methods, according to GMB, include:

Speaking from the World Banana Forum in Geneva, Bert Schouwenburg, GMB International Officer said: “Our sister trade unions tell us that producers are desperate to prevent ‘Fusarium RT4’ disease spreading to Latin America from other parts of the world.

“However, unless there is a fundamental shift in production methods, away from exploitative, environmentally destructive plantation mono-culture, it is only a matter of time before the disease takes hold with devastating consequences for exports to Britain and Europe.

“The system for the production and trade of dessert bananas is little more than a house of cards built on the shaky foundations of monoculture and genetic uniformity. This house of cards threatens to collapse at any moment.

“Producers, retailers and unions must take advantage of the Forum to map out a sustainable future for the banana.”