Global snapper trade may have been vastly underestimated

A report has exposed ‘major’ discrepancies between the imports and exports of snapper, pointing towards illegal trading of the overfished species. 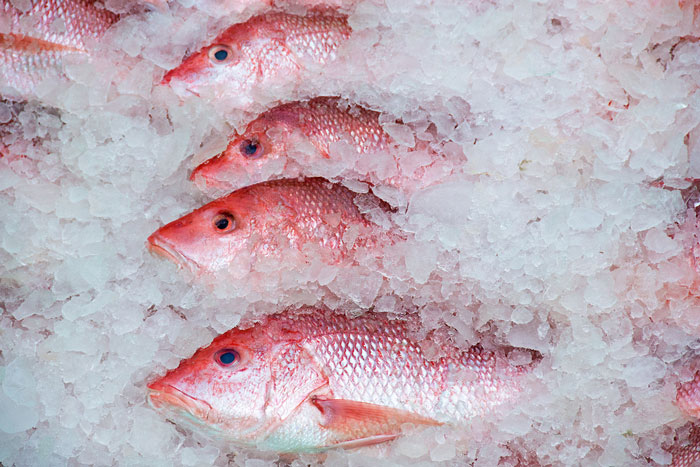 FISHY NUMBERS: Red snapper trade may be worse than believed

Researchers at the Ecosystems and Environment Research Centre of the University of Salford said that these discrepancies may mean estimates of the snapper trade are off by 70 per cent.

They used ‘mirror statistics’, comparing exports with imports in customs databases for snapper-trading nations. They then set these against the official snapper trade reported by the UN’s Food and Agriculture Organization (FAO) and found the numbers did not add up.

Dr Donna-Mareè Cawthorn, Lead Researcher at the University of Salford, said: “The total global imports of the commodity should be equal to the global export, whenever you spot mismatches, it means that there is some country that is not reporting ether some import or some export, or both,” she said, adding that unreported trade could potentially involve illegally-caught produce.

Another cause of these miscalculations may be, according to the team, the global trade classification system. This allows heavily-exploited species to be lumped in under generic trade codes.

“Yet, these species largely lose their identities once they are hauled from the water and shipped to foreign destinations.”

Interestingly, New Zealand reports significant snapper exports but the study suggests that the fish it sells is in fact silver seabream – locally referred to as snapper. Consequently, exports around the world are inflated by almost 30 per cent.

Snapper is popular in the USA and countries like Mexico, Panama and Brazil are key suppliers to the American demand. Earlier this year, President Donald Trump approved increasing the window for fishing red snapper in the Gulf of Mexico from three days to 42 days, enraging conservationists.

Stefan Mariani, Professor of Conservation Genetics, explained that the skewing of data allowed traders in endangered species to slip through the net.

He said: “Without the ability to accurately track fish species in trade, or to link provenance with consumption, vulnerable stocks of snapper and other fish may be overexploited instead of protected.

“Equally problematic is that rare species are being traded under the radar, with consumers being sold a different product to the name on the label.”

Food and Agriculture Organization of the United Nations (FAO), University of Salford

Food and Agriculture Organization of the United Nations (FAO), University of Salford