Trust in UK food has dropped as consumers are forced to opt for what they perceive as products with lower standards of food safety and animal welfare. 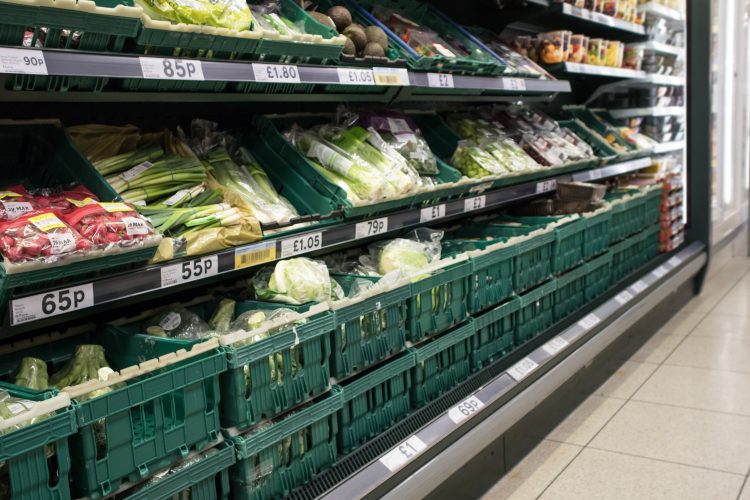 Consumer trust in UK food has dropped as the cost-of-living crisis continues to bite – that’s according to new research commissioned by YouGov and Red Tractor.

Trust in UK food fell from 81 percent in 2021 to 73 percent in 2022, while trust in other sectors such as gas and electricity supply fell even further from 70 percent to 36 percent. The research was conducted with more than 3,500 adults across the UK, who were asked to rate their trust in several British institutions.

The swings in trust come as shoppers are forced to change their buying habits because of the cost-of-living crisis. Almost half (46 per cent) of people said they are changing what they buy to feed their families.

In addition, 30 per cent of consumers are buying less meat, this increases to 35 per cent for those from lower income households. Almost a quarter of shoppers (24 per cent) say they are trading down, buying what they perceive to be food produced to lower food safety and animal welfare standards, which increases to 29 per cent for people on lower incomes. Finally, and worryingly, our research shows that 13 per cent are buying less fruit and vegetables, which again rises to 19 per cent for people with less disposable income.

YouGov and Red Tractor claim the 20 per cent change in trust suggests that as people switch and trade down to value ranges, the standards for these ranges are assumed to be weaker. However, when it comes to food and farming, the UK is one of the most regulated countries in the world. The strict regulations on food safety, animal welfare or environmental protection apply to value lines which use assured British produce.

“With the impact of the war in Ukraine and the cost-of-living crisis taking hold, it’s no surprise that confidence in so many aspects of daily life has fallen. While British food continues to be highly trusted, our latest Trust in Food Index shows that as people are forced to trade down into cheaper products, they lose confidence in the way the food is produced,” said Christine Tacon, Chair of Red Tractor.

“That’s understandable – but it’s also unnecessary. Whilst some shoppers now struggle to afford the prime cuts and choice ingredients, if they buy assured British food, the strict regulations on food safety, animal welfare and other aspects of food production, apply equally to value ranges as they do to premium products. We must tackle this before the drop in trust becomes toxic, by making it clear to people doing their shopping.

“As an industry we must work together to reassure people that whatever their price range, they can be confident in the standards and safety of food produced in the UK – people should never have to choose between price and food safety”.

Sir Robert Goodwill, MP for Scarborough and Whitby and Chair of the Environment, Food and Rural Affairs Committee, added: “This report provides valuable insights into the impact that the pandemic, war in Ukraine and the rising cost of living are having on the choices the public face when they buy food – and the trust they have in those choices.

“It is encouraging to see that despite these pressures, overall trust in UK food remains high. This reflects the excellent quality of UK produce and the high animal welfare, safety and environmental standards our food is produced to.

“As the Government looks to grapple with the increased costs that our food producers and consumers face – and the impact this is having on our food security – we may have to revisit the balance we strike between the food we import and the food we grow ourselves. If we are to seek to grow more food ourselves, it will be vital to maintain trust in the UK food system and to ensure that no one has to compromise standards for price. The Red Tractor scheme plays an important role in raising the public’s awareness that our food is produced to high standards.”