The researchers are imploring farmers to change the way they prepare soil for seed bedding as the study claims that the current tilling methods used will lead to markedly decreased crop yields in the future. 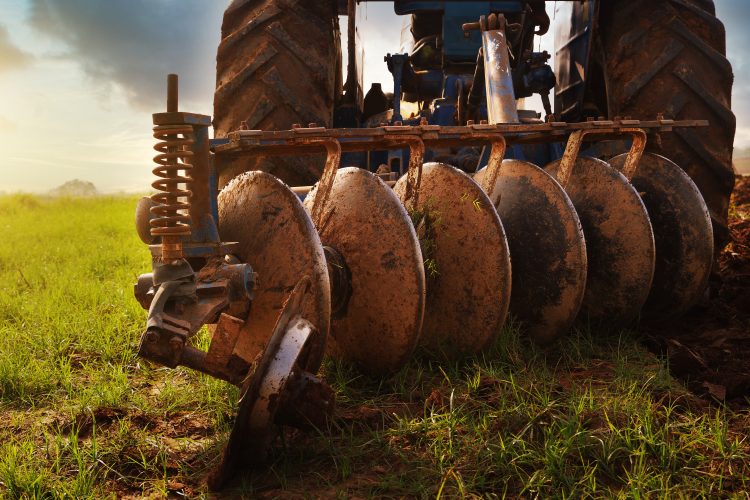 Tilling is used to prepare soil for the planting of seeds

Scientists behind the study, from Lancaster (UK) and Augsburg (Germany) Universities, argue that unless farmers stop tilling hill slopes, over the long-term the soils on hillsides could thin to the point where growth of food crops is severely threatened.

For centuries, farmers have tilled the soil in their fields to provide seed beds in order to produce crops. Once undertaken using traditional animal-drawn ploughs, as farming has mechanised within the last century the tilling process has shifted to heavier and faster tractors.

Tilling soils, which includes ploughing, can move significant amounts of soil down slopes, the researchers claim, and adds to erosion caused by weather. On sloping land, tillage causes soils to move down off the concave parts of hills, and is deposited in valley bottoms.

As soils thin on slopes, material from the subsoil mixes with topsoil, reducing its growing quality because of inferior nutrients, biological activity and reduced water storage.

“The role of tillage in reducing soil depth remains an under-recognised threat to plant production,” said Professor John Quinton, of Lancaster University and one of two Principal Investigators of the study.

“While we have known that tillage moves significant amounts of soil down slopes, often exceeding the amount moved by water and wind erosion, we have known little about how the resulting thinning of the soils affects crop yields, until now.”

The researchers looked at wheat and maize crops grown in the northern German region of Uckermark, which is a highly mechanised and very productive agricultural region in Europe. Although agricultural production has been possible in Uckermark for at least 1,000 years, the researchers’ modelling predicts that over the next fifty years wheat and maize yields are likely to decline as modern mechanised agriculture accelerates erosion caused by tillage on slopes.

The researchers used published information of crop thinning on crop yields and applied soil redistribution and crop growth models to examine the effects of tillage at a regional landscape scale.

This enabled them to determine whether the yield gains in the parts of the landscape that gained soil from erosion, the concave parts, outweighed the losses caused by thinning soils on slopes.

The researchers say their calculations show that by continuing along a business as usual approach to tilling on slopes, farmers across the Uckermark region will see combined declines of winter wheat yields of up to 7.1 per cent within 50 years and up to 10 per cent over a century (in normal to dry years).

For maize, the researchers predict yields to reduce by up to four per cent over fifty years, and 5.9 per cent over 100 years (in normal to dry years).

The effects of thinning soils will be most pronounced in times of drought as thinning soils are less able to hold on to moisture and nutrients. Wetter years, although not as pronounced as normal and dry years, will also see yields fall over 50 to 100 years.

These reductions equate to thousands of tonnes of lost food production from the Uckermark region alone. The researchers believe reductions in crop yields due to soil erosion are likely to apply across the world where tilling takes place on slopes.

They argue that this projected increase highlights the need for urgent action to reduce soil thinning caused by tilling.

Professor Quinton said: “Our modelling shows that if we keep tilling our soils then we will see declines of crop yields at a regional scale – this will be worse during periods of droughts as thinner soils are less able to retain water for plants.

Professor Peter Fiener of University of Augsburg added: “We show that the business as usual approach will depress crop yields in the long term. Farmers could look at mitigations such adapting tillage speeds depending on slope position and overall reducing tillage depths to slow the erosion process, but really farmers need to be looking at moving away from tilling on slopes to protect their soils and future yields.”