A new study surveying 28,000 North American men claims to have identified a possible link between dairy intake and an increased risk of prostate cancer. 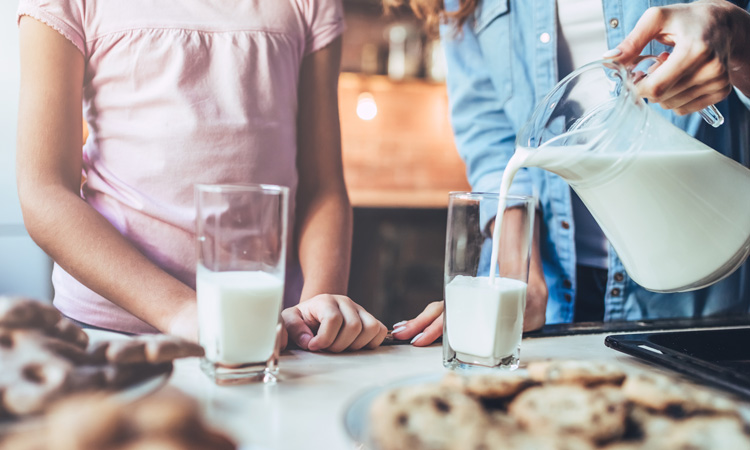 Men with higher intakes of dairy foods, especially milk, face a significantly higher risk of prostate cancer compared to men with lower intakes, according to a new study conducted by researchers at Loma Linda University Health.

The study found no such associations between increased prostate cancer risk and intake of non-dairy calcium, suggesting substances other than calcium play a role in the risk dairy foods poses for prostate cancer.

“Our findings add important weight to other evidence associating dairy products, rather than non-dairy calcium, as a modifiable risk factor for prostate cancer,” said Gary Fraser, the study’s principal investigator and professor at Loma Linda University School of Medicine and School of Public Health.

It was noted that the results had minimal variation when comparing intake of full fat versus reduced or non-fat milks, and there were no important associations reported with cheese and yogurt.

The study evaluated dietary intakes of more than 28,000 North American men with a wide range of dairy and calcium exposure, all of whom were initially free of cancer. Dietary intakes were estimated from food frequency questionnaires (FFQ) and repeated 24-hour recalls. A baseline questionnaire included demographics, family history of prostate cancer, physical activity, alcohol consumption, prostate cancer screening, and BMI. Researchers then used cancer state registries to follow up on the participants’ prostate cancer status for an average time of nearly eight years. By the end of the study period, state cancer registries reported 1,254 new prostate cancer cases among the participants during follow-up.

“Because our study cohort showed a great disparity and divergence of dairy intake and calcium levels, we could ask the question with unusual strength,” said Fraser.

The researchers add that prior studies may have missed the rise in risk between dairy consumption and prostate cancer if most of those participants already drank more than one cup of milk per day. However, this study’s cohort allowed researchers to compare an extensive range of dairy consumption, including very low levels.

Data provided little evidence of an association between calcium intake and incident prostate cancer. “One interpretation is that dairy foods, or some closely associated unknown risk factor, are causally related to the risk of prostate cancer,” the study stated.

As further studies investigate how dairy consumption could increase prostate cancer risk, Fraser advises that “prudent men with a family history of prostate cancer or other risk factors would be cautious about consuming even moderate levels of dairy milk as part of their diet until this is clarified”.

“If you think you’re at higher-than-average risk, consider the alternatives of soy, oat, cashew, and other non-dairy milks,” he said.