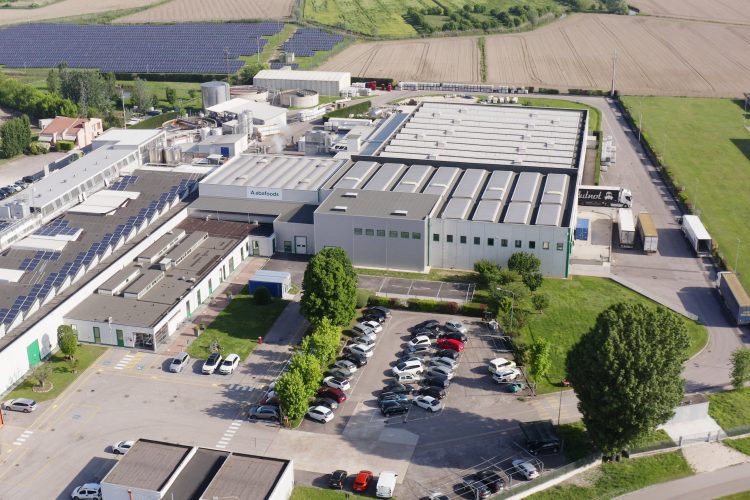 Ecotone, a company specialising in organic and plant-based alternatives in Europe, has announced a €20 million investment in its plant-based beverage production site located in Badia Polesine, Northern Italy. The major investment has enabled the creation of a new production line, now in operation, making it – what the company claims to be – one of the largest plant-based drinks producers in Europe.

The new site and production line will enable the multinational food company to produce an additional 27 million litres of plant-based beverages per year; a 30 percent increase in production capacity.

This investment is part of the group’s strategy to “strengthen the competitiveness of its production sites, focusing on innovation and automation, while driving forward sustainability throughout its operations”.

The factory, which produces organic plant-based drinks for brands including Bjorg, Bonneterre and EcoCesta, now employs 163 people across its five production lines, and produces 120 million litres of plant-based drinks each year, 50 percent of which are sold in France.

The aim is to make the Badia Polesine site a flagship of Industry 4.0, with the investment focus on automation, including the implementation of an internal pallet flow management system via laser-guided vehicles.

A reorganisation of the factory’s production workshop also allows for increased automation – with 50 percent of its intralogistics requiring no human intervention, and a fully automated production flow between bottling and loading pallets into trucks. Allowing for more efficient palletising, the new installation also reduces the use of plastic by 15 percent and optimises transport with the elimination of 58 tons of CO2.

The production site, which operates exclusively on renewable energies, has also been equipped with sustainable solutions, including the implementation of a system of total circularity of water, whereby industrial washing water undergoes biological treatment with activated sludge and is then reused in agricultural production processes. An innovative co-generator, which recovers energy from the factory’s production processes, also supplies the site with 40 percent of its energy.

To carry out its mission of “Food for Biodiversity”, Ecotone relies on a vast network of more than 100 producers of 100 percent organic cultivation, grown without any pesticides, herbicides, insecticides, or synthetic fertilisers, throughout Italy.

“Ecotone is committed to developing agroecological practices that go beyond the organic specifications to promote more biodiversity, and to cultivate more than 35 plant species, thus stimulating cultivated biodiversity and the diversity of diets,” the company said in a statement.

Proud to be at the forefront of of plant-based innovation and biodiversity protection! Ecotone announces €20 million investment to meet growing demand for plant-based beverages in the european market. 👉 https://t.co/Ds35eqO8Ro pic.twitter.com/EQCpbobIXw

“This major investment aims to strengthen Ecotone’s industrial competitiveness in a growing market for plant-based beverages,” explained Christophe Barnouin, CEO of Ecotone. “With a strong presence throughout Europe, just like its brands, with nine production sites, including two in France, Ecotone is committed to its values and leading the way towards more innovation and sustainability in the food industry.”