Meat consumption must fall by “at least 75 percent”, according to a new report from Germany researchers of the University of Bonn, with richer countries limiting their intake more than others. 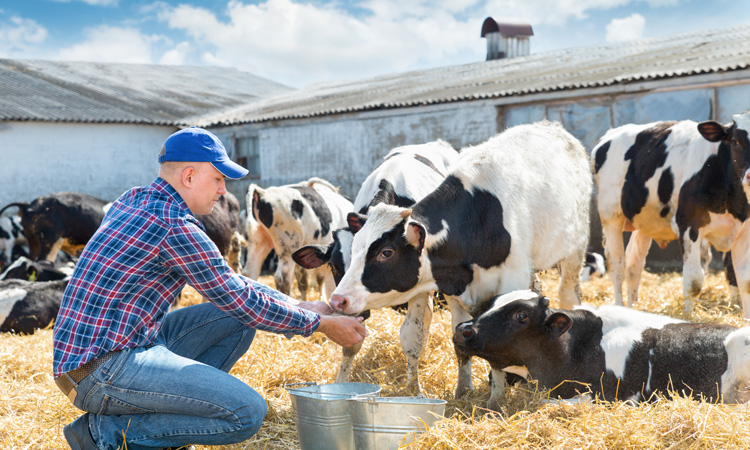 Food production is responsible for one third of all global greenhouse gas emissions, and meat and dairy farming accounts for 75 percent of this

A new research study states that if the planet is to continue feeding people, richer countries must significantly reduce their meat consumption.

Researchers from the University of Bonn published their report in the Annual Review of Resource Economics journal, in which they reviewed recent research on various aspects of meat consumption, both environmentally and economically.

“Meat production requires more land and water than the production of plant-based foods and has much larger environmental and climate footprints,” the authors wrote. “Hence, against the backdrop of planetary boundaries, high and further rising meat consumption levels are worrisome.”

They claim that “every EU citizen consumes around 80 kilograms of meat per year”, adding that each “juicy steak” and “delicious sausage” has “a price that we do not pay at the counter, because livestock farming damages the climate and the environment”.

Elaborating further, study author, Professor Dr Matin Qaim, commented: “If all humans consumed as much meat as Europeans or North Americans, we would certainly miss the international climate targets and many ecosystems would collapse.”

The researchers are therefore calling on us all to reduce our meat consumption, stating that it must fall by “at least 75 percent…ideally to 20 kilograms or less annually”.

The researchers aren’t advocating for a complete shift away from meat though, citing challenges in regions where growing plant-based food at scale isn’t feasible, as well as communities that depend on animal protein, particularly in underdeveloped parts of the world.

“In such cases, animals are often a key element of a healthy diet,” said study co-author Dr Martin Parlasca. “For many people, they are also an important source of income. If the revenue from milk, eggs and meat is lost, this can threaten their livelihoods.”

However, these regions aren’t the problem, according to the research team – it’s the wealthier countries driving the bulk of emissions.

The researchers state that increasing taxes on meat could be one solution going forward, but also call for the topic of “sustainable consumption” to be increasingly integrated into school curriculums.

“We need to become more sensitive to the global impact of our decisions. This is true not only with food, but also with the shirt we buy at the discount store to wear for a single evening at a party,” concluded Professor Qaim.