A research team from MIT has put an Oreo’s cream filling through a series of tests to understand why the cream sticks to just one side. 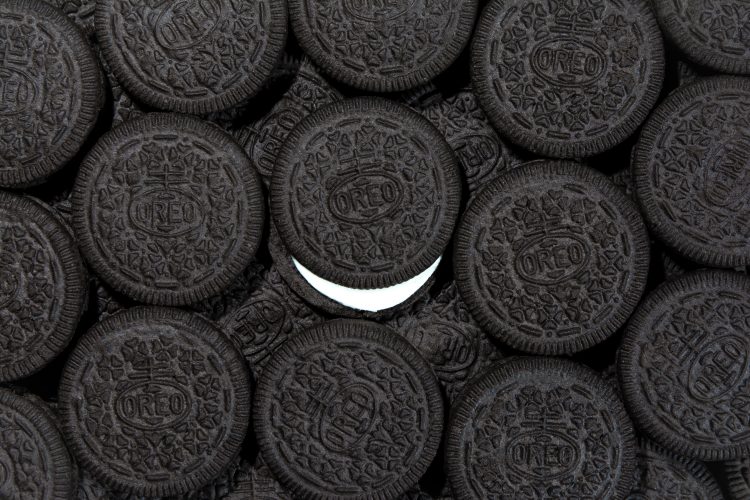 There are many ways to eat the humble Oreo: you can dunk it in your hot drink, you can eat it as it is, or you can twist it apart where one side will be smothered in cream whilst the other side is plain. But why is it that the cookie’s cream sticks to just one wafer when twisted apart? Researchers from the Massachusetts Institute of Technology (MIT) in the US set out to try and solve this conundrum.

To figure out the mystery, the team subjected cookies to standard rheology tests in the lab and found that no matter the flavour or amount of stuffing, the cream at the centre of an Oreo almost always sticks to one wafer when twisted open. Only for older boxes of cookies does the cream sometimes separate more evenly between both wafers. The scientists behind the study have published their research and results in the Physics of Fluid journal.

“There’s the fascinating problem of trying to get the cream to distribute evenly between the two wafers, which turns out to be really hard,” said Max Fan, an undergraduate in MIT’s Department of Mechanical Engineering.

The researchers also measured the torque required to twist open an Oreo, and found it to be similar to the torque required to turn a doorknob and about one tenth what’s needed to twist open a bottlecap. The cream’s failure stress (the force per area required to get the cream to flow or deform) is twice that of cream cheese and peanut butter, and about the same magnitude as mozzarella cheese. Judging from the cream’s response to stress, the team classifies its texture as “mushy,” rather than brittle, tough, or rubbery.

So, why does the cookie’s cream stick to just one side? The manufacturing process may be to blame, according to the researchers.

“Videos of the manufacturing process show that they put the first wafer down, then dispense a ball of cream onto that wafer before putting the second wafer on top,” said Crystal Owens, an MIT mechanical engineering PhD candidate who studies the properties of complex fluids. “Apparently that little time delay may make the cream stick better to the first wafer.”

In all, the team went through about 20 boxes of Oreos during its study, including various sizes and flavours. They found that no matter flavour or the amount of cream filling, the cream almost always separated onto one wafer.

“We had expected an effect based on size,” Owens said. “If there was more cream between layers, it should be easier to deform. But that’s not actually the case.”

When the researchers noted each cookie’s result to its original position in the box, they noticed the cream tended to stick to the inward-facing wafer: Cookies on the left side of the box twisted such that the cream ended up on the right wafer, whereas cookies on the right side separated with cream mostly on the left wafer. They suspect this box distribution may be a result of post-manufacturing environmental effects, such as heating or jostling that may cause cream to peel slightly away from the outer wafers, even before twisting.

The team’s study not only aimed to find out about the science behind Oreos, but it also seeks to make the science of rheology accessible to others. To that end, the researchers have designed a 3D-printable “Oreometer” — a simple device that firmly grasps an Oreo cookie and uses pennies and rubber bands to control the twisting force that progressively twists the cookie open. The understanding gained from the properties of Oreo cream could also potentially be applied to the design of other complex fluid materials, according to the researchers.

And as for the cream in the cookie, Owens concluded that “as they are now, we found there’s no trick to twisting that would split the cream evenly.”