A new study conducted by Gousto has found that over 70 percent of people who suffered from Covid have lost their senses of smell and taste, with the majority stating this has taken the joy out of food for them. 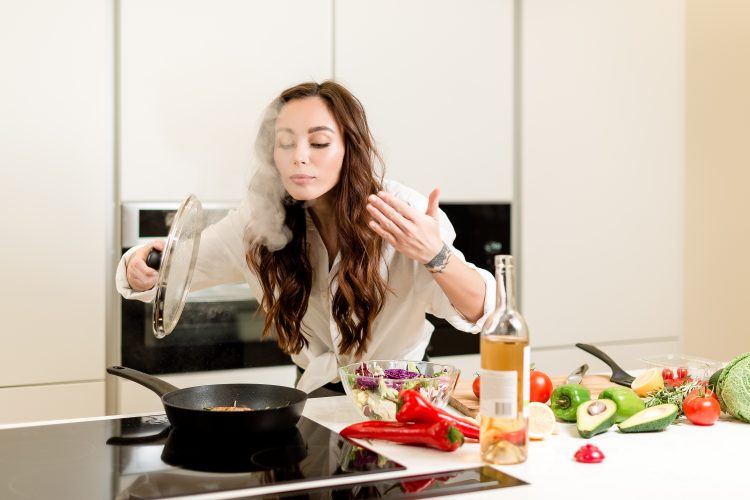 It’s been more than two years since the World Health Organization (WHO) declared COVID-19 a pandemic, but loss of smell and flavour is still one of the most talked-about long-term symptoms of the disease, according to a study conducted by recipe box delivery service Gousto. The results of the study suggest that this has caused a sizeable shift in the nation’s relationship with cooking and food.

The study of 2000 COVID-19 sufferers discovered that a huge 71 percent lost their senses of smell and taste and 57 percent say that this has taken the joy out of food for them.

As a result of this, Gousto and smell loss experts AbScent have combined forces to create a limited-edition ’Flavour Saviour’ kit. The kit has been designed to help consumers “fall back in love with food by stimulating the smell receptors that can unlock flavour.”

21 percent of the participants surveyed no longer eat their favourite foods since losing their sense of smell, whilst nearly 17 percent were left unable to smell their cup of morning coffee or taste their favourite chocolate. For a further one in five (20 percent), their sense of taste is still yet to return.

Nearly a quarter of respondents said they were left feeling stressed at the prospect of never fully tasting their favourite meal again, with others left feeling isolated and depressed. Remarkably for some, missing out is not just in the figurative sense, with a number reporting that they are now eating (11 percent) and cooking (10 percent) less as a result.

Over 33 percent of those who had COVID-19 admitted to eating burnt orange, garlic cloves and gargling salt water to try and regain their sense of taste, according to research by Gousto, whilst 43 percent dialled up their cooking with strong flavours and extra spice hoping this would help them taste properly again.

Gousto reports that with smell intrinsically linked to the way in which people enjoy flavours, one strategy that many (61 percent) admit to having overlooked is ‘smell training’ which has the potential to enhance – and even recover – sense of smell and thus the experience of flavour.

The limited-edition kits by Gousto hopes to enable the nation to start their smell training journey by including a flavour pack of ingredients hand-picked to stimulate the five basic tastes that are perceived by our taste buds: sweet, salty, sour, bitter and umami.