New research claims most sliced meats are “dangerously high” in salt, with one in three products failing to meet the national salt reduction targets, and one in four saltier than Atlantic seawater. 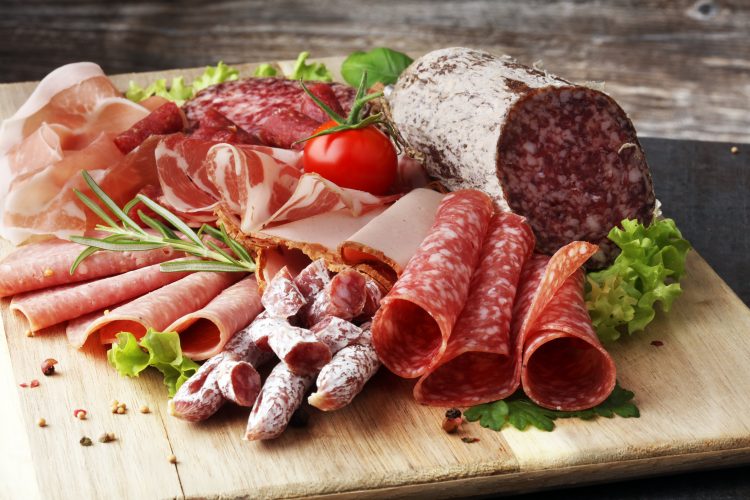 Research by Action on Salt, based at Queen Mary University of London, has revealed that two thirds of all chilled sliced meats including sliced ham, chicken, corned beef and salami, sold by leading grocery retailers, are “dangerously high” in salt with one in three failing to meet the national salt reduction targets.

Action on Salt is now calling for mandated salt reduction targets for all products containing added salt to be enforced and reviewed regularly by the Government. This is not the first time this group has called for changes to be made in the food industry – it has been campaigning for healthier salt portions in food for many years now.

Action on Salt claims that manufacturers of sliced meats in particular are lagging behind, with only one in three (37 percent) of their chilled sliced meat products achieving their respective salt targets, compared to two in three (69 percent) of retailer’s own label products. Tesco is leads the way in compliance with the targets compared to Waitrose which is falling far behind (97 percent vs seven percent respectively).

Of all products surveyed, the average salt content is 2.1g/100g, meaning nearly two thirds are considered high in salt. There is a clear and wide variation across each of the different types of chilled sliced meat. For example, within poultry products there is a difference of 2.24g salt between the least salty – Aldi’s Flame Grilled Chicken Slices at 0.26g/100g – and the saltiest product, which Action on Salt claims is as salty as Atlantic seawater.

“Why are these everyday sliced meats, which are frequently consumed by children, so high in salt when it is clearly not required for taste or food safety?” said Sonia Pombo, Campaign Manager for Action on Salt.

“Whilst some salt may be needed in processed meat, there is scope for extensive reductions, as demonstrated by some of the more responsible companies. There’s no excuse. Other manufacturers must now follow their lead and put their customer’s health first.”

“Reducing salt is the most cost-effective measure to lower blood pressure and reduce the number of people suffering from strokes and heart disease and life changing disabilities associated with this – all of which is completely avoidable,” added Graham MacGregor, Professor of Cardiovascular Medicine at Queen Mary University of London, and Chairman of Action on Salt.

“It’s a disgrace that food companies continue to fill our food with so much salt when there is the option to reformulate, which our research shows can easily be done. The Government needs to force the industry to comply, to ensure that many thousands of people don’t die unnecessarily.”