Concerns are mounting over cases of Bird Flu in the UK, as more cases of Avian flu are identified among birds in North Yorkshire and Wales. 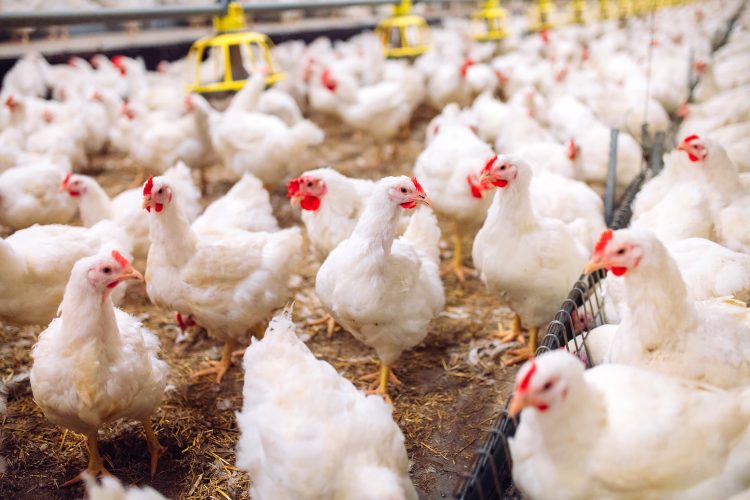 By phasing out live-shackle slaughter in their supply chains, countless chickens will be spared from one of the greatest causes of suffering in slaughterhouses today.

Further cases of bird flu have been detected across the UK as nationwide housing orders come into force.

The Chief Veterinary Officer for Wales, Christianne Glossop has confirmed the presence of avian influenza H5N1 on a mixed poultry premises near Crickhowell, Brecon and Radnorshire, Powys. Meanwhile, eight possible outbreaks have also been identified in North Yorkshire since November.

The Welsh authorities have enforced a 3km Protection Zone in Crickhowell, a 10km Surveillance Zone and a 10km Restricted Zone have been declared around the infected premises, to limit the risk of disease spread.

The Welsh Government has reassured consumers that the risk to public health from bird flu is considered to be very low and these cases do not pose a food safety risk for UK consumers.

“We have taken swift action to limit the spread of the disease and are now planning to introduce a legal requirement for all poultry and captive bird keepers to keep their birds housed or otherwise separate from wild birds,” they said.

“Whether you keep just a few birds or thousands, from Monday 29 November onwards you will be legally required to keep your birds indoors, or take appropriate steps to keep them separate from wild birds. We have not taken this decision lightly, taking this action now is the best way to protect your birds from this highly infectious disease.”

All keepers are strongly advised to be vigilant for signs of the disease such as increased mortality or respiratory distress. If keepers have any concerns about the health of their birds, they are encouraged to seek prompt advice from their veterinary surgeon.

“This confirmation of a case of avian influenza in mixed poultry is further evidence of the need for all keepers of birds to ensure they have the very highest levels of biosecurity in place,” added Chief Veterinary Officer for Wales, Christianne Glossop.

“New housing measures have come into force to protect poultry and kept birds, but I must stress that this is at its most effective when combined with implementation of the most stringent biosecurity measures.

“This is the third case of avian influenza to be confirmed in Wales this winter so far, which highlights the importance for keepers of birds to be vigilant.

“Public Health Wales has said the risk to the health of the public from Avian Influenza is very low and the Food Standards Agency has made clear it does not pose a food safety risk for UK consumers.

“Suspicion of avian influenza or any other notifiable disease must be reported to the Animal and Plant Health Agency immediately.”

Members of the public are encouraged to not pick up or touch any sick or dead birds and instead contact the Defra helpline on 03459 33 55 77.

Further information on how to report and dispose dead wild birds can be found here.