Researchers from Japan have found a way to utilise part of the hop plant wasted during the beer brewing process, by forming cellulose nanofibers from the leftover biomass. 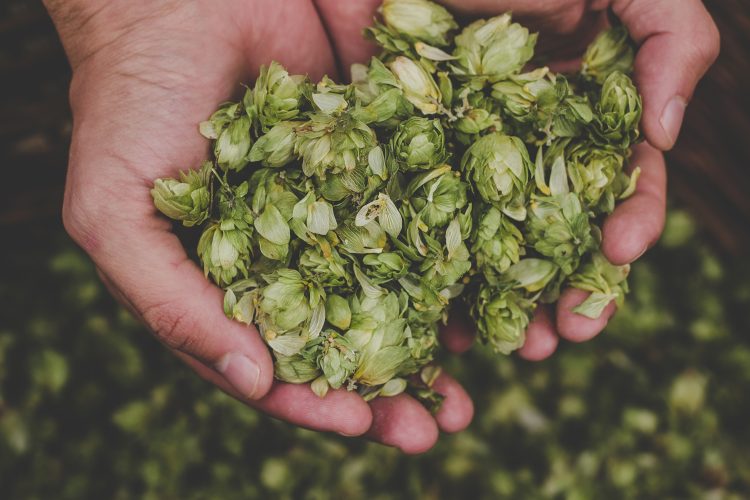 Everyone knows that hops are a key ingredient in almost every style of beer brewed around the world. Yet what might not be as well-known is the amount of wastage that can arise from the brewing process. Yet researchers from Japan have developed a way to use the remainder of the hop plant by upcycling that waste hop into cellulose nanofibers (CNFs).

In the past few years, craft beer-making has exploded in popularity around the world, including many beer styles that make use of many more and different types of hops than conventional commercial beers. A traditional preservative in beer, hops also add a rich bitterness and impart floral or citrus aromas and flavours. As a result, hop production hit a record high in 2019.

However, only the flower of the hop plant is used in beer making. According to the researchers, stems and leaves, which make up about 75 percent of the biomass produced in hop cultivation, are typically burned or tossed in a landfill after harvest. As some 75 percent of hop plants end up in landfills, the technique should reduce the beer industry’s growing waste and land footprint while also cutting back on petroleum feedstocks.

The research team have developed a technique that ‘upcycles’ these waste products by using hop stems as raw material to extract CNFs. Since the 2000s, there has been increasing interest in CNFs due to their outstanding properties, including low weight and high strength and stabilisation. Thanks to those advantages, CNFs are expected to be used as plant-derived alternatives to reduce the amount of petroleum based plastics in various industrial applications such as the automotive and housing industries, as well as in the food industry.

“This really would deserve a hearty ‘cheers’ if we managed to reduce dependence on petroleum while also radically reducing the agricultural waste from the beer industry,” said Izuru Kawamura, associate professor in the Graduate School of Engineering Science at Yokohama National University and the lead researcher on the project.

CNFs had been extracted successfully from wood and from agro-industrial wastes such as pineapple leaves, banana stems, grapefruit peels, and even spent coffee grounds from cafes.

“But until now, no attempt had been made to isolate CNFs from hop stems,” Kawamura added.

Plant cell walls are made of cellulose microfibrils, or very small and slender fibres, in a matrix composed of lignin and hemicellulose. The particular chemical compositions of cellulose, hemicellulose, and lignin vary widely depending on the source of the fibres.

Using chemical composition analysis, the researchers were able to conclude that the hop stems contained a proportion of cellulose that is almost equal in proportion to that of wood.

This means that not only could this technique replace petroleum, but in a third environmental win, hop waste could also be used instead of wood as an alternative source for CNFs.