Paying homage to the long-revered beverage of beer, scientists have calculated the number of bubbles it takes to produce the perfect pint. 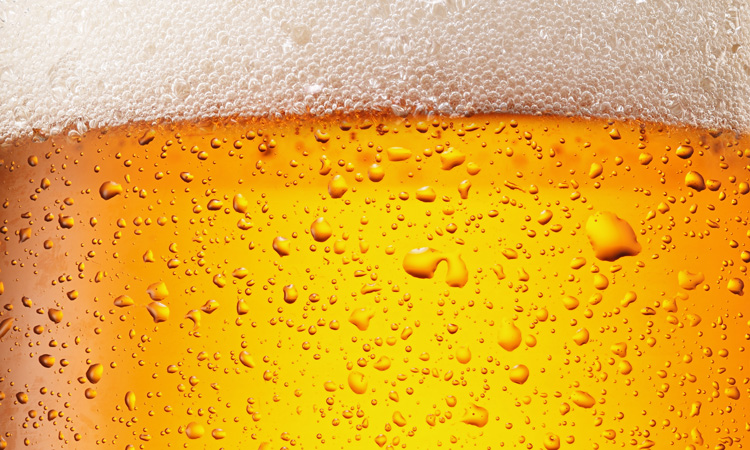 After pouring beer into a glass, streams of tiny bubbles are released, rising to the surface to create the desired foamy head. As the bubbles burst, the released carbon dioxide gas imparts the beverage’s desirable tang. But just how many bubbles are in that drink? The American Chemical Society have reported that, after examining various factors, researchers have estimated that between 200,000 and nearly 2 million of these precious bubbles are created in a gently poured lager.

Beer is one of the most popular alcoholic beverages across the globe. Lightly flavoured lagers, which are perhaps most widely consumed, are produced through a cool fermentation process, converting the sugars in malted grains to alcohol and carbon dioxide. During commercial packaging, more carbonation can be added to obtain the desired level of fizziness. Aside from the novelty value, these bubbles provide important sensory elements in beer tasting, similar to sparkling wines, as they transport the flavour and scent compounds. The carbonation can also enhance the drinking experience by tickling the drinker’s nose.

According to the report, it has previously been determined by Gérard Liger-Belair – a researcher with the University of Reims Champagne-Ardenne in France – that approximately 1 million bubbles form in a flute of champagne, but until now scientists were clueless about the number created and released by beer before it turns flat. This prompted Liger-Belair and Clara Cilindre to find out.

To tackle the question, the researchers first measured the amount of carbon dioxide dissolved in a commercial lager just after pouring it into a tilted glass, such as a server would do to reduce its surface foam. Next, using this value and a standard tasting temperature of 42F, they calculated that dissolved gas would spontaneously aggregate to form streams of bubbles wherever crevices and cavities in the glass were more than 1.4μm-wide. Next, high-speed photographs showed that the bubbles grew in volume as they floated to the surface, capturing and transporting additional dissolved gas to the air above the drink. As the remaining gas concentration decreased, the bubbling would eventually cease. The researchers estimated there could be between 200,000 and 2 million bubbles released before a half-pint of lager would become flat. Surprisingly, defects in a glass will influence beer and champagne differently, with more bubbles forming in beer compared with champagne when larger imperfections are present, the researchers say.

The full study was published in ACS Omega.