Could self-dehydrating beetles revolutionise the way we use pesticides?

Researchers are working on a new type of pesticide which would only target insects which cause damage to food production by targeting their kidney system. 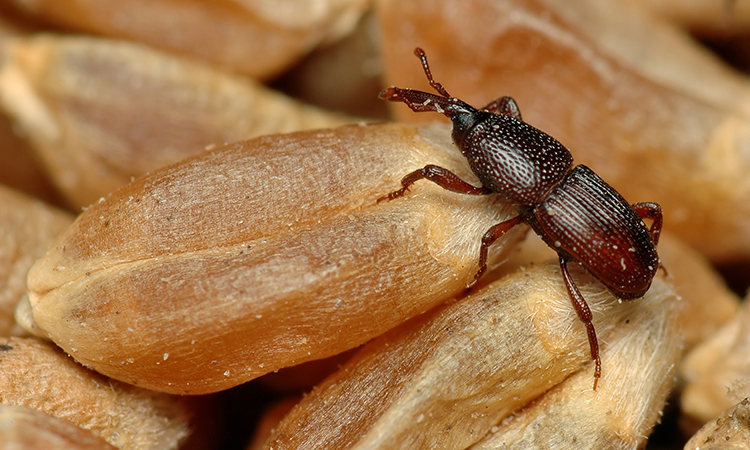 Researchers are exploring ways to use nature against insects that destroy crops, including developing a hormone that would dehydrate beetles. According to the researchers, up to 25 percent of food production is lost annually due to insects – with beetles often the main culprits.

As a result, food production and an abundant use of pesticides now go hand in hand. A large share of these pesticides damage biodiversity, the environment and human health. As various pesticides are phased out, new solutions are required to target and eradicate pests without harming humans or beneficial insects like bees.

As part of a broader effort to develop more “ecological” methods of combatting harmful insects in the near future, researchers have discovered which hormones regulate urine formation in the kidneys of beetles.

“Knowing which hormones regulate urine formation opens up the development of compounds similar to beetle hormones that, for example, can cause beetles to form so much urine that they die of dehydration,” explained Associate Professor Kenneth Veland Halberg of the University of Copenhagen’s Department of Biology.

“While it may seem a slightly vicious, there’s nothing new in us trying to vanquish pests that destroy food production. We’re simply trying to do it in a smarter, more targeted manner that takes the surrounding environment into greater account than traditional pesticides.”

The new study, as well as a previous study, also conducted by Kenneth Veland Halberg, demonstrates that beetles solve the task of regulating their water and salt balance in a fundamentally different way than other insects. This difference in insect biology is an important detail when seeking to combat certain species while leaving their neighbours alone.

“Today’s insecticides go in and paralyze an insect’s nervous system. The problem with this approach is that insect nervous systems are quite similar across species. Using these insecticides leads to the killing of bees and other beneficial field insects, and harms other living organisms,” said Halberg.

“The incentive to develop compounds which target and eradicate pests is huge. Food production is critically dependent on pesticides. In Europe alone, it is estimated that food production would decline by 50 percent without pesticide use. With just a single, more targeted product on the market, there would almost immediately be immense gains for both wildlife and humans,” he added.

But the development of new compounds to combat beetles requires, among other things, that chemists design a new molecule that resembles beetle hormones. At the same time, this compound must be able to enter beetles, either through their exoskeletons or by their feeding upon it.

“Understanding urine formation in beetles is an important step in developing more targeted and environmentally-friendly pest controls for the future. We are now in the process of involving protein chemistry specialists who can help us design an artificial insect hormone. But there is still a fair bit of work ahead before any new form of pest control sees the light of day,” concludes Associate Professor Kenneth Veland Halberg.

The study demonstrates that beetles regulate their kidney function in a fundamentally different way than all other insects. The research team says these differences can potentially be exploited to fatally disrupt the fluid balance of beetles without impacting other insects.

Researchers used the red flour beetle (Tribolium castaneum) as a test species for the study because it has a well-sequenced genome that allows for the deployment of a wide spectrum of genetic and molecular biology tools.

The researchers got the beetle to urinate by injecting a hormone that scientists now know regulates urine formation in beetles.

According to the researchers, wheat weevils, confused flour beetles, Colorado potato beetles and other types of beetles and insects make their ways into up to 25 percent of the global food supply every year. The opportunity to target these pests without harming other organisms will no doubt be appealing to some in the food industry, especially in places where access to pesticides is not always easy.