Countries need to breed livestock which can adapt to increasingly warm temperatures to maintain meat and milk production, according to researchers. 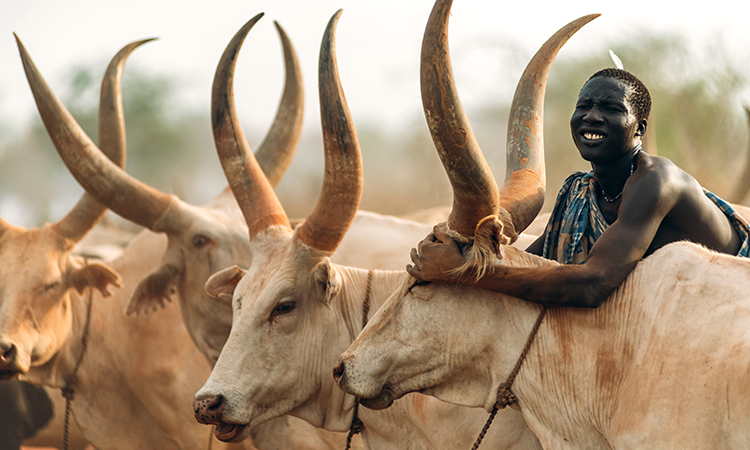 Analysis of historical data from 1981-2010 shows that livestock have already been progressively subjected to heat stress conditions. According to projections, this is set to worsen significantly, with severe implications for livestock unable to cope with the extra heat.

Authors of the research warn that four to 19 percent of current meat and milk production occurs in areas where dangerous heat stress conditions are likely to increase in frequency from 2071-2100.

If climate conditions persist at their current accelerated rate, the research team claims elevated levels of heat stress could make much of East Africa unsuitable for exotic pig, poultry and dairy cattle production unless direct and immediate action is taken.

Using limited available data and current climate projections, researchers say that dairy production is expected to be hit hardest in South Sudan, southern parts of Eritrea, and eastern and northwestern parts of Kenya. In Uganda, heat stress conditions are already prevalent in parts of the country, requiring collective action to sustain and protect the pig sector there.

“This paper is an alarm bell for policymakers and anyone involved in livestock in the tropical region,” said Klaus Butterbach-Bahl of the International Livestock Research Institute (ILRI) and the Karlsruhe Institute of Technology, Karlsruhe (KIT), which analysed the climate data.

“In East Africa, where protein consumption is already low, this could worsen the food and nutrition security situation.”

“We knew that climate change would bring problems for animals, yet we were surprised about the magnitude of change,” added An Notenbaert, a livestock expert from the Alliance of Bioversity International and International Center for Tropical Agriculture.

“Climate change mitigation and adaptation measures absolutely need to be factored into decisions and strategies for livestock production.”

According to the authors, well-targeted and evidence-based climate adaptation will enable livestock production to continue and expand across East Africa. This includes identifying and making available productive animal breeds that are adapted to local conditions, particularly heat.

Countries like Rwanda and Kenya have moved towards using exotic breeds to meet the growing demand for milk in their countries. “Holstein Friesians, a popular imported breed (of cattle), are not indigenous to Africa. Although they produce more milk than local breeds, they do not cope well with heat,” said Notenbaert. “To make livestock production more environmentally efficient, we need breeds that can cope with rising temperatures while at the same time produce more meat and milk.”

In addition to breeding, researchers say countries need to look to other mitigation strategies to increase resilience. This could be in the form of shelters or other means of shading to shield animals and ensuring sufficient water access.

“We urgently have to invest and plan now, because mitigation will have costs for farmers and donors,” Notenbaert said.

“We must be able to quantify economic and livelihood losses, for example through a reduction in milk yield. We need economic, policy and livelihood measures to avoid the impacts of temperature changes.”

Researchers caution that although the study only examined the direct consequences of climate change on animals, other climate change impacts, such as droughts and floods – which can impact feed production, water supply and proliferation of disease and pests – should also be taken into consideration.