A study conducted by scientists at the University of Illinois found that avocados help to break down fat in the body and improve gut health. 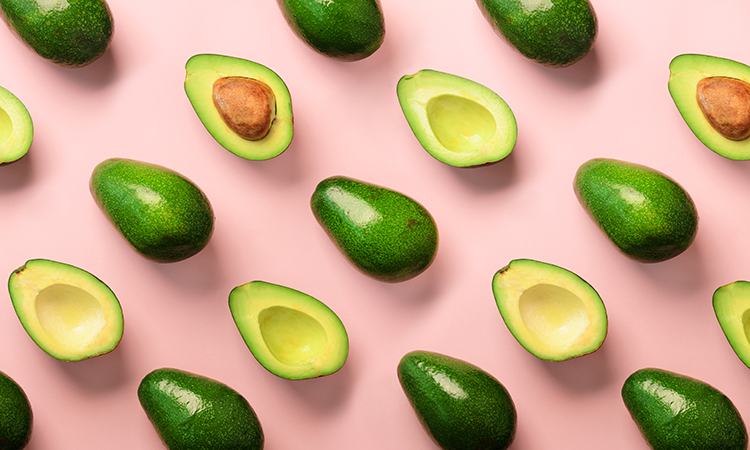 Eating avocado as part of your daily diet can help improve gut health, according to a new study from the University of Illinois. Avocados are a healthy food that is high in dietary fibre and monounsaturated fat, the scientists behind the study believe. However, it was not clear how avocados impact the microbes in the gastrointestinal system.

“We know eating avocados helps you feel full and reduces blood cholesterol concentration, but we did not know how it influences the gut microbes, and the metabolites the microbes produce,” said Sharon Thompson, graduate student in the Division of Nutritional Sciences at the University of Illinois and the paper’s lead author.

The researchers found that people who ate avocado every day as part of a meal had a greater abundance of gut microbes that break down fibre and produce metabolites that support gut health. They also had greater microbial diversity compared to people who did not receive the avocado meals in the study.

The study included 163 adults aged between 25 and 45 who were overweight or obese – defined as a BMI of at least 25 kg/m2 – but otherwise healthy. They received one meal per day to consume as a replacement for either breakfast, lunch or dinner. One group consumed an avocado with each meal, while the control group consumed a similar meal but without the avocado. The participants provided blood, urine and faecal samples throughout the 12-week study. They also reported how much of the provided meals they consumed, and every four weeks recorded everything they ate.

While other research on avocado consumption has focused on weight loss, participants in this study were not advised to restrict or change what they ate. Instead, they consumed their normal diets with the exception of replacing one meal per day with the meal the researchers provided.

“The purpose of this study was to explore the effects of avocado consumption on the gastrointestinal microbiota,” said Hannah Holscher, assistant professor of nutrition in the Department of Food Science and Human Nutrition at the University of Illinois and senior author of the study.

“Our goal was to test the hypothesis that the fats and the fibre in avocados positively affect the gut microbiota. We also wanted to explore the relationships between gut microbes and health outcomes.”

Avocados are rich in fat; however, the researchers found that while the avocado group consumed slightly more calories than the control group, slightly more fat was excreted in their stool.

“Greater fat excretion means the research participants were absorbing less energy from the foods that they were eating. This was likely because of reductions in bile acids, which are molecules our digestion system secretes that allow us to absorb fat. We found that the amount of bile acids in stool was lower and the amount of fat in the stool was higher in the avocado group,” Holscher explained.

Soluble fibre content is also very important, Holscher noted. A medium avocado provides around 12 grams of fibre, which goes a long way toward meeting the recommended amount of 28 to 34 grams of fibre per day.

“Less than five percent of Americans eat enough fibre. Most people consume around 12 to 16 grams of fibre per day. Thus, incorporating avocados in your diet can help get you closer to meeting the fibre recommendation,” she added.

Eating fibre isn’t just good for us; it’s important for the microbiome too. “We can’t break down dietary fibres, but certain gut microbes can. When we consume dietary fibre, it’s a win-win for gut microbes and for us.”

According to the research team, avocado is an energy-dense food, but it is also nutrient dense, and it contains important micronutrients that Americans don’t eat enough of, like potassium and fibre.

“It’s just a really nicely packaged fruit that contains nutrients that are important for health. Our work shows we can add benefits to gut health to that list,” Holscher concluded.

Journal of Nutrition, University of Illinois

Journal of Nutrition, University of Illinois