New methods of producing the modified starch, or the ‘ink’ for 3D food printing, could make the process achievable on a mass scale. 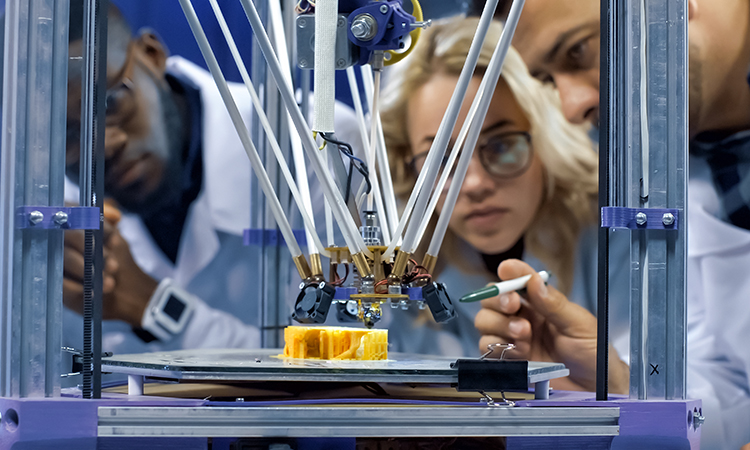 A group of researchers believe they have come a step closer to the mass industrialisation of 3D printed food.

The team at the University of São Paulo’s Luiz de Queiroz College of Agriculture (ESALQ-USP) in Brazil, in partnership with colleagues in France at Nantes Atlantic College of Veterinary Medicine, Food Science and Engineering (Oniris) and the National Institute for Research on Agriculture, Food and Environment (INRAE), have developed hydrogels which act as ‘ink’.

Recent results of the project, supported by FAPESP (São Paulo Research Foundation), have been published in the journal Food Research International. “In the past few years we’ve developed different technologies to modify starch and obtain gels with ideal characteristics for use as ‘ink’ to produce food by 3D printing,” Pedro Esteves Duarte Augusto, a professor at ESALQ-USP and principal investigator for the project, told FAPESP.

According to the group, ozone was produced by applying an electrical discharge to oxygen, the gas was then bubbled in a container with a mixture of water and cassava starch in suspension, before being dried (by removing the water). The result was modified starch. 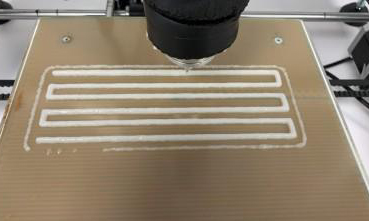 Food engineers in Brazil and France developed gels based on modified starch for use as ‘ink’ to make food via 3D printing. Credit: Bianca C. Maniglia/Usp

By varying aspects of the process (such as ozone concentration, temperature and time), the researchers were able to obtain gels with different properties to find the right consistency for use in 3D printing.

“Control of the conditions enabled us to obtain weaker gels for other applications and firmer gels that are ideal for 3D printing because they retain the shape of the printed structure without flowing or losing moisture,” Augusto said.

In the past two years, the researchers have developed another starch modification method in addition to using ozone. This involves the dry heating of cassava and wheat starch in an oven while controlling both temperature and time.

Using the new method, they were also able to obtain gels based on modified starch that displayed optimal printability, ie gels which were able to create a 3D object that maintained its structure once printed.  The research team said dry heat treatment also extended the textural possibilities of printed samples based on wheat starch hydrogels.

“We obtained good results with both methods. They’re simple, cheap and easy to implement on an industrial scale,” Augusto said.

Through the partnership with French scientists, ESALQ-USP researcher, Bianca Chieregato Maniglia, conducted the research at Oniris and INRAE, applying the ozone and dry heating techniques developed in Brazil to produce gels based on modified cassava and wheat starch for 3D printed foods.

“The combined experience of all the researchers involved in the project enabled us to obtain gels with better printability, resulting in foods with better shape, definition and texture, which are essential parameters for product acceptability,” Maniglia said.

The ESALQ-USP group said it now plans to study other methods of modification and sources for the production of 3D food printing gels. The college has recently purchased a 3D printer, which it will use to produce structures developed with the new gels.

The research group added that the modified cassava and wheat starch gels can be used to print other things too, for example biomedical products including drug capsules and nutraceuticals.

“We’ve demonstrated the feasibility of food production by 3D printing and fabrication of tailor-made ingredients. Now we plan to extend the applications and test other raw materials,” Augusto said.