Concerns have been raised over the safety of three dicamba herbicides after the Environmental Protection Agency (EPA) approved their registrations last week. 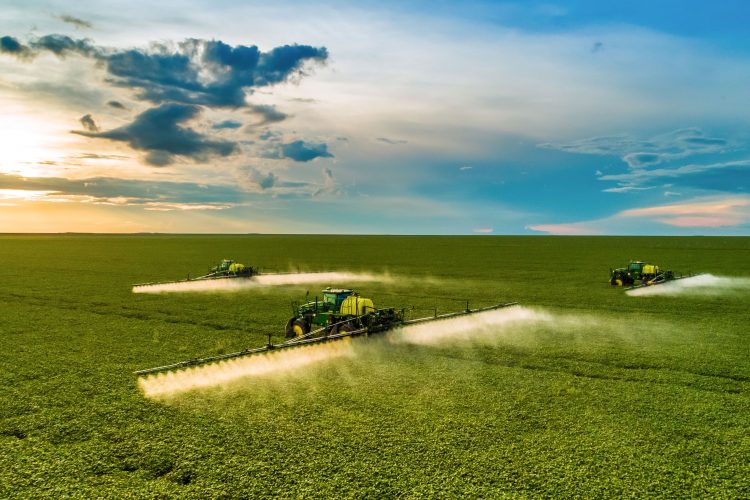 XtendiMax and Engenia, manufactured by Bayer and BASF respectively, are deigned for use on dicamba-tolerant cotton and soybean crops. The two chemical giants submitted applications to the US agency in July 2020, with the EPA last week announcing it was satisfied the two dicamba herbicides “meet the standard for registration under  Federal Insecticide, Fungicide, and Rodenticide Act section 3(c)(5)”.1

In addition, Basel-based Syngenta Group submitted an application to extend the registration of  Tavium, which tackled broadleaf and grass weeds in dicamba-resistant cotton and soybean crops. Once again, the EPA agreed that the application met the federal legislation – although it was keen to stress in all three instances that this particular approval did not permit the sale and registration of the three herbicides and this would need to be granted through a separate ‘Registration Notice’.

The decision come months after the Ninth Circuit of the US Court Appeals (which adjudicates over cases in the west of the country) ruled that both XtendiMax and Engenia “violated FIFRA”, in effect throwing out the EPA registrations of both products made in 2018.2 The court ruling adjudged that the EPA had failed to consider three crucial risks. Firstly, that it had “substantially understated the amount of DT seed acreage that had been planted in 2018, and, correspondingly, the amount of dicamba herbicide that had been sprayed on post-emergent crops.

“Second, the EPA purported to be agnostic as to whether formal complaints of dicamba damage under-reported or over-reported the actual damage, when record evidence clearly showed that dicamba damage was substantially underreported.

“Third, the EPA refused to estimate the amount of dicamba damage, characterizing such damage as ‘potential’ and ‘alleged,’ when record evidence showed that dicamba had caused substantial and undisputed damage.”3

Given EPA-approved versions of dicamba have already damaged millions of US acres of crops and natural areas, there’s no reason to trust that the agency got it right this time.

Alongside the approvals, the EPA has published certain “control measures” which it believes will limit the impact of so-called “dicamba drift”, which can cause damage to non-target crops. It requires a 240ft in-field downwind buffer, rather than the 110ft it requested in 2018. In addition, there are now specific restrictions on when the dicamba herbicides can be used throughout the year (ie, not when non-target crops are vulnerable) and limits the use of over the top dicamba products to just two per year.

These measures do not go far enough for some though. The Centre for Food Safety, which argued in the Ninth Circuit case, still believes that dicamba herbicides are dangerous. “Rather than evaluating the significant costs of dicamba drift as the Ninth Circuit told them the law required, EPA rushed re-approval as a political prop just before the election, sentencing farmers and the environment to another five years of unacceptable damage” said George Kimbrell, legal director at Center for Food Safety.

Nathan Donley, a senior scientist at the Center for Biological Diversity, took aim at the EPA: “ Given EPA-approved versions of dicamba have already damaged millions of US acres of crops and natural areas, there’s no reason to trust that the agency got it right this time.”4

The EPA later told New Food that it “stands by its [original] decision”.