Following unprecedented aid from world nations to fend off hunger and support poorer economies, WFP Executive Director David Beasley outlines why we’re not out of the woods yet. 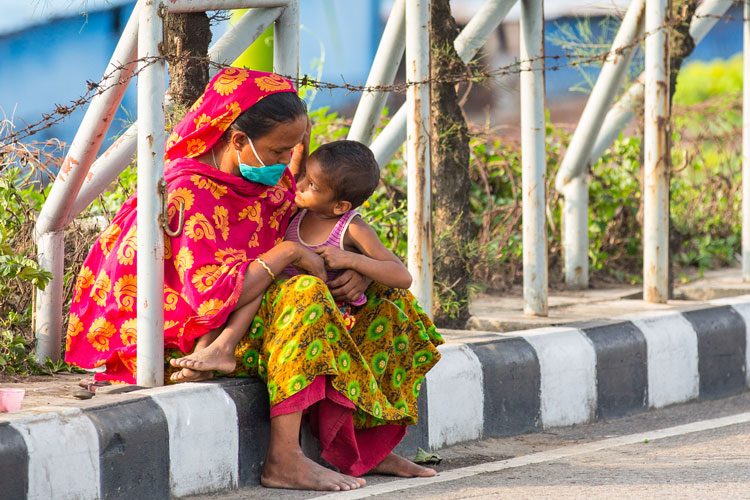 In a virtual session of the UN Security Council on the Protection of Civilians in Armed Conflict, UN World Food Programme (WFP) Executive Director, David Beasley, remarked on the significant global efforts that have been made towards tackling crippling poverty conditions in the world’s poorer nations.

After warning of the devastating potential consequences posed by conflict, climate change and Covid-19 on civilians in up to three dozen countries, Beasley expressed satisfaction at the “extraordinary measures” taken by countries large and small, which he says made a huge impact. These include spending $17 trillion on fiscal stimulus and central bank support and suspending debt repayments for the poorest nations.

Yet he warned that the global hunger crisis is moving into a new and dangerous phase, particularly in nations scarred by conflict. At a time when the world is still reeling from the shocking events this year has brought, he stated “Quite frankly, 2021 will be a make-or-break year”.

Highlighting how the pandemic has affected those on low incomes in the poorest of nations, Beasley maintained: “You and I have food in the pantry in a lockdown. We have enough food for two or three weeks. These people don’t have that luxury. If they miss a day’s wages, they miss a day’s worth of food and their children suffer. This inevitably creates a risk of rising social tensions and instability.”

He also highlighted the unanticipated consequences of Covid; that, despite the disease not being as deadly in Africa as feared, calculations find that “for every COVID-19 death prevented, as many as 80 children may die due to a lack of routine immunisations.”

The Executive Director went on to raise pressing alarm bells for several nations in particular. The Democratic Republic of the Congo – whose inhabitants, thanks to conflict, instability and now Covid, are on the brink of starvation – has encountered an increase of 6.5 million experiencing critical food insecurity; bringing the total to nearly 22 million people. This figure assumes that current aid levels are maintained; “If we are forced to scale back operations, the outlook is even worse,” he said.

Quite frankly, 2021 will be a make-or-break year

Yemen was also highlighted as a huge cause for concern for continuation of its devastating situation. “20 million people are already in crisis due to war, a collapsed economy and currency devaluation, crippling food prices and the destruction of public infrastructure,” said Beasley. “We believe a further 3 million may now face starvation due to the virus.”

Nigeria and South Sudan were nations cited by Beasley as similarly on the brink of extreme humanitarian plights, due to hugely reduced incomes and forced migration impacting food security on severe levels.

“We need $4.9 billion to feed, for one year, all 30 million people who will die without WFP’s assistance,” he explained.

In a final plea to the hundreds of billionaires across the world, Beasley finished: “It’s time for those who have the most to step up, to help those who have the least in this extraordinary time in world history. The world needs you right now and it’s time to do the right thing.”