Researchers have reported that decades of harmful exposure to the insecticide chlorpyrifos might have been averted if a 1972 study had been adequately reviewed by EPA. 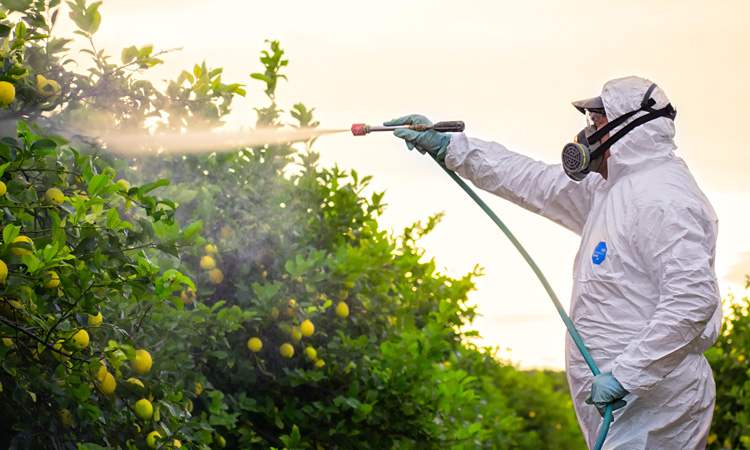 University of Washington (UW) researchers have claimed that the US Environmental Protection Agency (EPA) could have prevented years of politics, lawsuits and harmful exposure to chlorpyrifos if a 1972 study was reviewed in more detail.

Chlorpyrifos is an insecticide created in the late 1960s by the Dow Chemical Co., and has been linked to a number of health problems, particularly in children. It has been the subject of many lawsuits and is now banned in Europe and California. In 2017, the Trump administration rejected EPA’s recommendation to take chlorpyrifos off the market, but EPA now plans to reconsider the chemical’s use by 2022.

Lianne Sheppard, a professor of biostatistics and environmental health in the UW School of Public Health and the study’s lead author, explained that the 1972 “Coulston study” established how much of the chemical a human could be exposed to before adverse effects showed up in a body’s chemistry, but suggested these findings were not adequately reviewed.

When Sheppard re-ran the study data using the same longhand statistical analysis as the original, she discovered that key data used in two other level-of-exposure tests in the same study had been left out of the central exposure question. Consequently, the safe exposure limit, called the “no observed adverse effect level,” that the EPA used was wrong, according to Sheppard.

As the uses for chlorpyrifos expanded in the 1970s and became approved for in-home uses in the 1980s and ’90s, EPA set allowable human exposure levels at the one described as safe in the Coulston study – .03 mg/kg per day.

“This has huge public health implications,” said Sheppard. “This study was the basis of policy for over 15 years and because it concluded that the ‘no observed adverse effect level’ was more than twice as high as it should have been, the standard was a lot less protective than it should have been.”

Sheppard also pointed out two other problems with this study that made its results more susceptible to producing a higher level of “safe” exposure.

She said that because of how the Coulston study was designed, investigators were not able to compare the test results of the three groups treated with different doses of the insecticide within the same analysis. “This meant that their original analysis was much less powerful than it could have been if it had put all the dose groups together in one analysis,” Sheppard said.

Secondly, she pointed out that better statistical methods and software tools became available in the 1980s and those would have shown that the study did not find a “safe” level of exposure.
“All kinds of approvals were allowed for uses that never should have been allowed and quite well wouldn’t have been allowed if the Coulston study authors had properly reported their results,” said Sheppard.

Why the 1972 Coulston study was not thoroughly examined even as the maturing EPA began reviewing these kinds of studies more rigorously through its inaugural 2006 Human Studies Review Board is a mystery, said co-author Richard Fenske, emeritus professor in the UW School of Public Health’s Department of Environmental & Occupational Health Sciences.

But when the EPA formally set out to review human-subject studies like the Coulston study, the maker of chlorpyrifos (Dow) specifically removed the study from that process, said Fenske, who was a member of that initial insecticide review board.

“You can speculate why they did,” said Fenske, “but they formally asked the Human Studies Review Board not to review this study and so it was never reviewed.”

Fenske said that while the Coulston study could be old news now, “it is a cautionary tale that data being submitted for pesticide registration may not have undergone proper review, and that could be happening today.”

An EPA spokesperson said: “Chlorpyrifos is currently undergoing registration review, a program that re-evaluates all pesticides on a 15-year cycle. This is a comprehensive, scientific, transparent process that will further evaluate chlorpyrifos’ potential effects.

“As part of its risk analysis procedure, EPA monitors the scientific literature and incorporates additional studies, as appropriate, into its risk management decisions. Should robust scientific data ever demonstrate that EPA-registered uses of chlorpyrifos are posing risks of concern to the environment or human health, the agency will take appropriate action.

“In September 2020, EPA’s Office of Pesticide Programs (OPP) plans to convene a Federal Insecticide, Fungicide and Rodenticide Act Scientific Advisory Panel (SAP) where 16 organophosphate pesticides, including chlorpyrifos, will be discussed. The Agency expects to release the draft risk assessment for chlorpyrifos in Fall 2020.”