Supercharged shellfish could be the answer to vitamin deficiency 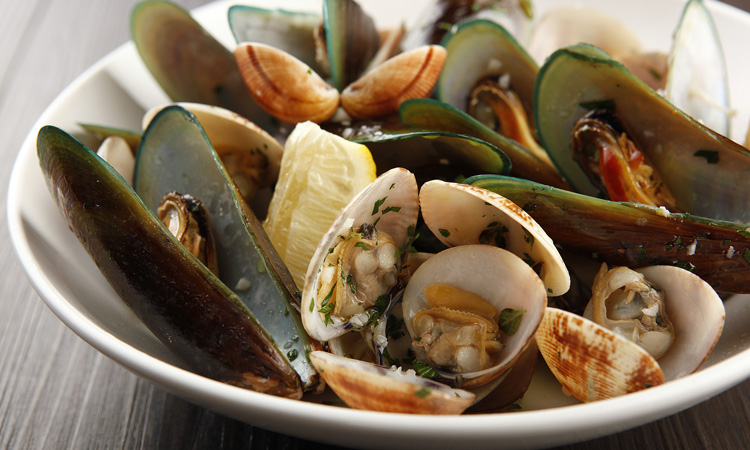 University of Cambridge scientists have developed a new way to fortify shellfish to tackle human nutrient deficiencies which cause health problems across the world. The team is now working with major seafood manufacturers to further test their microencapsulation technology, or “Vitamin Bullets”.

Fortifying food with micronutrients is already an industry standard for enhancing public health, but the scientists at Cambridge’s Department of Zoology have teamed up with Cambridge-based company BioBullets to ‘supercharge’ bivalve shellfish such as oysters, clams and mussels.

Dr David Aldridge and PhD student David Willer said they have produced the world’s first microcapsule specially designed to deliver nutrients to bivalves which are beneficial to human health. These “Vitamin Bullets” – manufactured under patent by Aldridge’s company, BioBullets – are tailored for optimal size, shape, buoyancy and to appeal to shellfish.

This breakthrough is said to be particularly valuable because when we eat bivalves, we consume the entire organism including its gut, meaning that we digest the nutrients which the animals consumed towards the end of their lives. This makes bivalve shellfish the ideal target for nutritional fortification, according to the researchers.

In their Cambridge laboratory, the scientists trialled Vitamin A and D fortified microcapsules on over 100 oysters to identify the optimal dose. They also established that this should be fed for eight hours towards the end of “depuration”, the period in which bivalves are held in cleansing tanks after being harvested.

The scientists found that a serving of just two of their supercharged shellfish provided enough Vitamin A and D to meet human Recommended Dietary Allowance (RDAs).

Willer said: “We have demonstrated a cheap and effective way to get micronutrients into a sustainable and delicious source of protein. Targeted use of this technology in regions worst affected by nutrient deficiencies, using carefully selected bivalve species and micronutrients, could help improve the health of millions, while also reducing the harm that meat production is doing to the environment.”

“We are very excited about BioBullets’ potential. We are now establishing links with some of the world’s biggest seafood manufacturers to drive a step change in the sustainability and nutritional value of the seafood that we consume,” added Aldridge.

The shellfish are also said to be highly sustainable to farm, having a lower environmental footprint than animal meat or fish, and lower than many plant crops such as wheat, soya, and rice.