Unite the Union says working conditions within the meat sector have contributed to an increase in COVID-19 cases, but according to the BMPA, these claims are misleading and, in some cases, false. 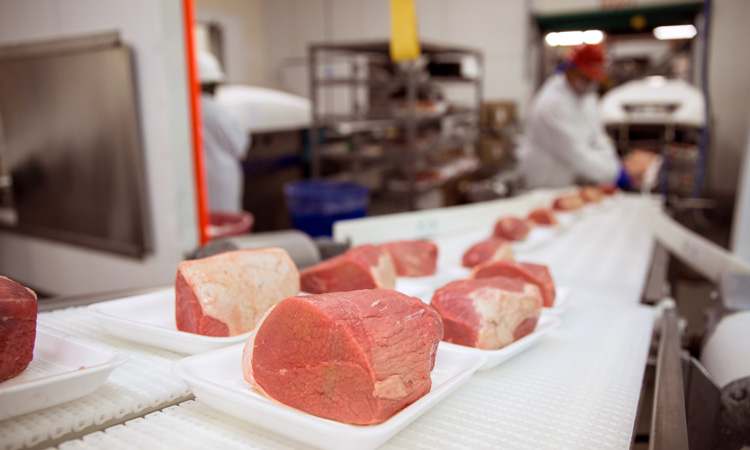 Throughout the COVID-19 pandemic there has been publicity and media attention surrounding meat plants and surges in coronavirus cases, but contrary to Unite the Union’s claims of a systemic problem that “must be addressed”, the British Meat Processors Association (BMPA) has highlighted that only 10 out of 1,079 UK meat plants (less than one percent) have experienced instances of COVID-19 over what is already said to be prevalent in the wider community.

The organisation noted that there has not been any indication from Government that there is a particular problem within the meat industry and that infection rates mirror what is happening elsewhere in the population.

Unite the Union made claims of “low pay and insecure employment” within the meat sector, but their figures allegedly came from a survey of 150 people who all worked at one of the 10 meat plants that had a COVID-19 outbreak, according to BMPA.

BMPA’s Chief Executive, Nick Allen, said: “Our members, who process 80 percent of all the beef, lamb and pork in Britain, consistently experience a shortage of skilled labour which our new report “Labour in the Meat Industry” explains in detail.

“Far from offering insecure or zero-hours contracts (which are usually associated with an over-supply of labour), our members seek to hold on to their staff by offering them stable, permanent employment and a fair wage. Indeed, most overseas workers typically stay for two years or more.”

However, Unite said there is a direct correlation between the treatment of migrant staff as ‘disposable assets’ and the spread of the disease in cold environments such as those found in meat plants.

Unite National Officer, Bev Clarkson, commented: “Exploitation driven by corporate greed is a major factor in the public health emergencies amongst meat processing plants here and in other countries.

“Migrant workers, who often do not speak English and are scared to speak out because they fear losing their jobs, suffer under a relentless system that long predates COVID-19 in which they are treated without dignity or respect. Exploitation is so rife within the sector that Unite is also concerned that some workers are vulnerable to modern slavery.

“This issue is now being brought to public attention because of its impact on the UK’s ability to stem the virus. People can see that the treatment of staff in the sector as disposable assets is unjust, unsustainable and a danger to public health.

“As a priority, employers and Government must end the terrible situation where workers are having to choose between self-isolating or going into work because they cannot afford to be ill. Unite also has concerns over whether employers are able to provide contact details for agency workers, who often work at multiple sites under murky employment structures, to facilitate track and trace efforts.

“It is imperative that ministers and industry commit to a root and branch reform of the meat processing sector. The dire working conditions, low pay and insecure employment that blight the industry and have now come back to bite the nation’s efforts to defeat the coronavirus must be addressed.”

Allen responded: “Meat processing is a skillful but physically demanding job and, contrary to Unite’s claims, conditions at BMPA members’ plants are far from ‘dire’.

“Our member companies work to strict hygiene and safety controls imposed by the Food Standards Agency (FSA), Public Health England and the Health and Safety Executive. While working temperatures are necessarily cold in parts of the factory, workers are given the protective clothing and equipment they need to keep them and the food they produce safe.

“These highly regulated working conditions apply equally to all staff from the skilled butchers in the boning and cutting halls to the support staff who keep the canteens and offices running; it’s one standard for everybody.”