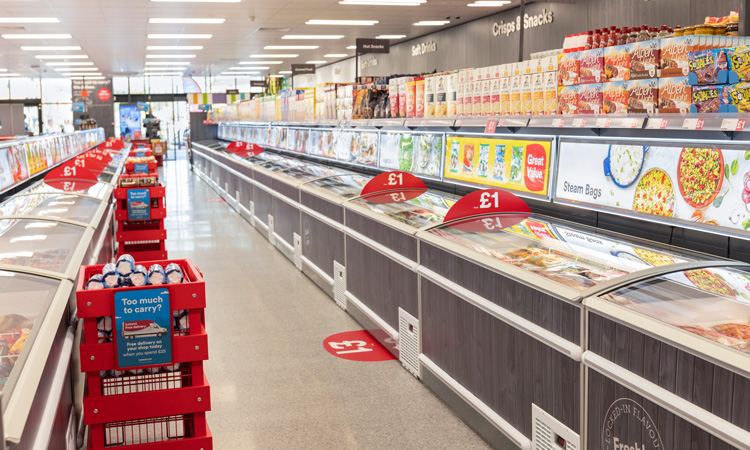 UK supermarket Iceland has announced that it has reduced its food waste by nearly a quarter (23.2 percent) in the past two years, reducing the amount wasted by almost 2,500 tonnes.

The announcement comes 12 months after Defra’s Food Waste Champion Ben Elliot called on businesses to “step up to the plate” and drive forward plans to cut food waste. Iceland set out to do this by using the “target, measure, act” approach – set out in the Food Waste Reduction Roadmap launched in 2018 by WRAP and the IGD.

As a next step, the retailer has announced a national rollout of a successful 100-store trial which sees surplus food given to store colleagues at closing time each day. The trial will be rolled out over the coming months, offering colleagues in nearly 1,000 stores the option of taking food home or donating to a local charity or cause.

In 2019/20, Iceland sold over 1.3 million tonnes of food to its customers and sent zero food to landfill, instead donating it to local communities, converting it into animal feed or as a last resort processing it into energy through anaerobic digestion.

The retailer has also donated 157.8 tonnes of surplus food to people in need through a network of community partnerships and initiatives. For example, Iceland has partnered with charity The Bread and Butter Thing and social enterprise Community Shop to donate the equivalent of nearly 375,000 meals in surplus food to some of the most deprived communities across the UK.

The retailer has also reportedly found innovative ways to use surplus food, such as sending unsold bread from its Welsh stores to Tiny Rebel Brewing Co. in Newport, to produce its exclusive Bread Board Pale Ale.

“Tackling food waste is high on our agenda as one of our many commitments to reduce our impact on the environment. We’ve worked with communities, colleagues and customers to make significant reductions and I am delighted that we have been able to make great strides in reducing our food waste footprint over the past two years,” said Richard Walker, Managing Director of Iceland.

“We’re continuing to innovate and find new ways to reduce the amount of food wasted across our operations, and our trial to give food to our colleagues is just one of the next steps we’ll be taking to build on our progress so far. I’m looking forward to seeing this in action across our stores and working with colleagues to take the next steps in our food waste reduction journey.”