Research in the Journal of Dairy Science has highlighted efforts to increase genetic diversity in dairy cattle. 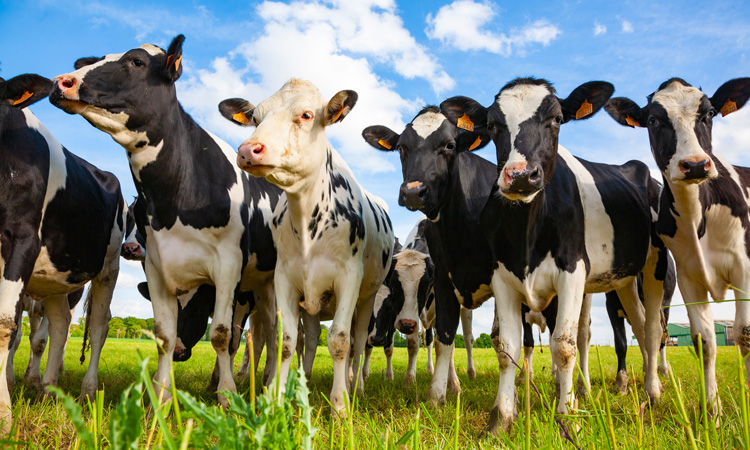 Artificial insemination (AI), breeding value estimation, and genomic selection have allowed substantial increases in milk and component yields for Holstein dairy cattle, according to researchers. However, their widespread use has also led to challenges including declining fertility, emergence of recessive genetic conditions, and a loss of genetic diversity – more than 99 percent of Holstein bulls born using AI in the last decade trace their male lineage to just two bulls born in the 1960s, the scientists explained.

Efforts to reconstitute two lost cattle male lineages are reported in a recent article by the scientists, from the Pennsylvania State University Department of Animal Science and the National Animal Germplasm Program (NAGP), in the Journal of Dairy Science, published by Elsevier and FASS, Inc. 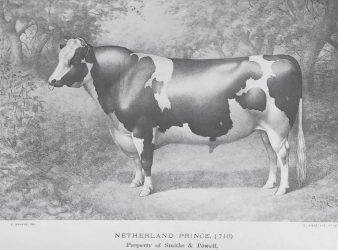 “Introgression of genetic diversity from such lineages into modern Holsteins is a long-term prospect with no guarantee of success,” Dr. Chad Dechow said. “Nevertheless, these lines demonstrate the possibility of using semen from the 1950s to reintroduce lost genetic variation.” Because the Y chromosome is passed only through males, the scientists noted that these reconstituted lines will allow expanded research into Y-chromosome variation and function.

Two lines were identified for reconstitution from semen samples in the NAGP repository. Despite the fact the Netherland Prince line shares no known common male ancestors with the two most common Holstein lines and the Colantha line does not share a common male ancestor after the 1890s, six calves were born to the Colantha lineage, and nine calves were born to the Netherland Prince lineage at the Penn State Dairy Production Research and Teaching Facility.

The scientist explained that this one generation of mating the lost lineage bulls to elite modern females was sufficient enough to update the lost lineages to near cattle breed average for most traits.

The breadth of the US Holstein germplasm collection facilitated the introgression of the lost Y chromosomes. “Only time will tell whether the collection will have the same utility for yet-unknown issues that emerge,” a statement from the research study read.