Researchers have found that in areas that have been deforested for the production of increasingly demanded goods such as coffee, cocoa and beef, there was an increased risk of malaria transmission due to the optimisation of environments for mosquitoes. 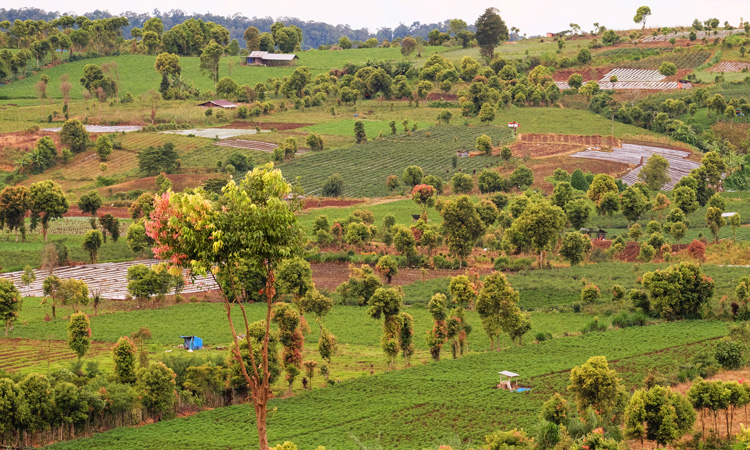 Researchers at the University of Sydney and University of São Paulo, Brazil, have estimated that 20 percent of the malaria risk in deforestation hot spots is driven by the international trade of exports including: coffee, timber, soybean, cocoa, wood products, palm oil, tobacco, beef and cotton.

“What does this mean for affluent consumers?” asked senior author, Professor Manfred Lenzen, from the Centre for Integrated Sustainability Analysis in the School of Physics at University of Sydney. “We need to be more mindful of our consumption and procurement, and avoid buying from sources implicated with deforestation, and support sustainable land ownership in developing countries.”

Previous studies are said to have shown deforestation and rainforest disturbances can increase the transmission of malaria by creating conditions where mosquitoes thrive: warmer habitats and fewer predators, and this study is reportedly the first to link global demand for goods that increase deforestation to a rise in malaria risk in humans.

“This study is the first to assess the role of global consumption in increasing deforestation and, in turn, malaria risk,” said co-author, Dr Arunima Malik, from the Centre for Integrated Sustainability Analysis in the School of Physics. “Unsustainable human consumption is clearly driving this trend.”

“Directing consumption away from deforestation has benefits beyond the malaria link; it will help reducing biodiversity loss and greenhouse gas emissions as well,” added Lenzen.

The authors of the study investigated links between the increasing risk of malaria in developing countries to products demanded by distant consumers. “We achieved this by quantitatively relating malaria incidence first with deforestation, then to primary commodity production, which we then connected to global supply-chain networks and ultimately to worldwide consumer demand,” Malik said.

The final step was accomplished by coupling a highly detailed and large international database with an established and widely used analytical technique – multi-region input-output (MRIO) analysis.

“This work goes beyond simple incidence mapping and correlations, in that it unveils a global supply chain network that links malaria occurring in specific locations because of deforestation with globally dispersed consumption,” Malik added.

The results of the study can be used for more demand-side approaches – such as product labelling and certification, supply-chain dialogue and green procurement standards – to mitigating malaria incidence by focusing on regulating malaria-impacted global supply chains, the researchers suggested.