Child sugar intake may be impacted by a lack of uniform serving size and standardised metrics for sugar content, according to a new study from researchers at High Point University. 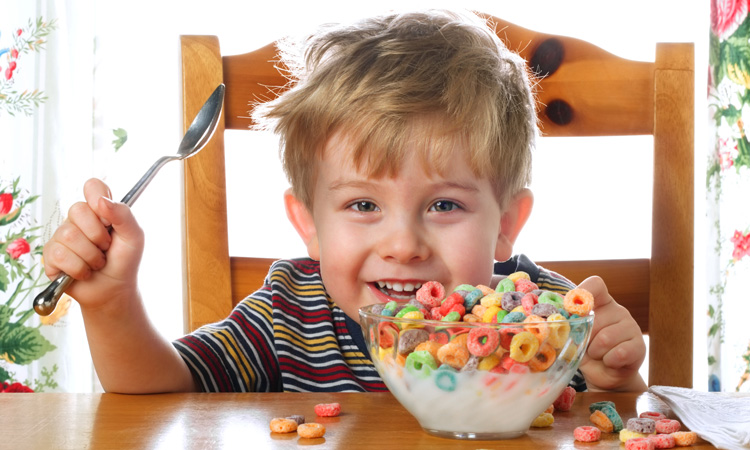 Parents may let their children consume more sugar from their breakfast cereal than intended due to insufficient industry nutritional guidelines, according to a new study published by Elsevier, a Dutch publishing and analytics company. The study revealed that there has been little improvement in the nutritional value of breakfast products marketed to children despite 12 years of self-imposed industry regulations intended to improve child health.

“Consumers often confuse what they consider to be a single serving and what is listed as the product’s suggested serving size, generally eating more than what is recommended for a healthy diet,” said author Matthew B. Ritter, PhD, of High Point University. “Many parents may be misled by the sugar content contained in the nutrition panel of many ready-to-eat cereal boxes, potentially leading to a higher sugar intake among children than intended.”

The study focused on the Children’s Food and Beverage Advertising Initiative (CFBAI), an industry self-regulation programme introduced in the US in 2007 that, in part, guides companies in promoting food and beverages to children under the age of 12. The CFBAI includes 18 companies that together produce 70 to 80 percent of all children’s television advertising.

CFBAI regulations require breakfast cereals advertised to children to meet certain nutritional standards such as fewer than 200 calories and fewer than 13 grams of added sugar per serving. Researchers found companies participating in the CFBAI also limited the use of packaging features appealing to children, such as mascots and games, to cereals with less than 13 grams of sugar per serving.

However, cereals listed as meeting CFBAI requirements had more sugar per ounce on average compared to those that did not claim to meet those guidelines. In fact, more than half of the cereals with moderate sugar per serving (9-12 grams) had high sugar per ounce (defined as more than nine grams per ounce).

“Cereals with the highest sugar content often display child-driven marketing gimmicks on their boxes, like mascots. This validates similar findings in earlier research,” Vaala said. “Based on prior research, we suspect the frequency of these promotional tools on relatively sugary cereals leads to more children being attracted to cereals with higher sugar content.”

Ritter said their research comes down to two main points: a standardised metric would empower parents to make better purchase decisions for their children, and “the manufacturers are really making almost no effort to promote lower sugar options.”