Research from Mintel has suggested that, since its legalisation in late 2018, the cannabis market in Canada will boom in 2020, with edibles and drinkables becoming evermore popular. 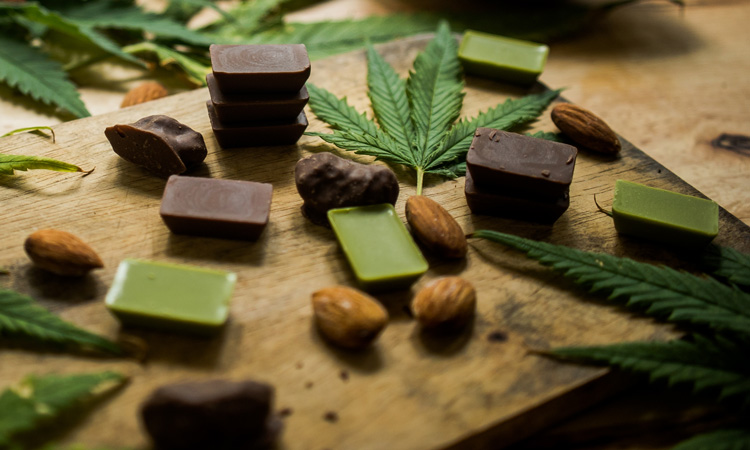 It has been more than a year since cannabis was legalised in Canada and new research from Mintel, the consumer research firm, has shown that the Canadian cannabis market not only has a significant number of current users, but potential users as well, and cannabis edibles and drinkables will dominate the market in 2020.

Six in 10 (59 percent) Canadians are currently using and/or are interested in using cannabis, according to Mintel. 27 percent of all consumers also said that they used cannabis in the first six months of legalisation (October 2018 – March 2019) and a third (32 percent) of non-cannabis users said they are ‘open to trying it’.

Among these potential cannabis users (current non-users who are ‘open to it’), edibles were said to be the most intriguing format (48 percent), including 47 percent of 20-34-year-olds, 49 percent of 35-50-year-olds, and 48 percent of those aged 55+. Overall, two-thirds (66 percent) of open non-users stated that they were interested in ingestible (edible and drinkable) cannabis.

“Legalised recreational cannabis has certainly had one of the greatest impacts on the Canadian market in the last decade. After just one year, the effects of this industry are already far-reaching – from food and drink to insurance to tourism and more – and additional markets will begin to experience the ripple effects of the legalisation of cannabis this year. For this reason, it is important for all brands to develop a better understanding of cannabis and the consumer behaviours and attitudes surrounding it,” said Scott Stewart, Senior Research Analyst, Mintel.

“The key to future growth for many consumer industries will be to convert more of the consumers who are open to but not current users of cannabis; their hesitance to try cannabis was a contributor to the relatively low sales in 2019, but the legalisation of edibles and drinkables in October 2019 will play a major role in 2020’s success. Edibles and drinkables can be a great introductory way for new users to familiarise themselves with cannabis and better understand the cannabis experience, potentially leading to using other forms of the product.”

Three of the top four barriers to usage for cannabis non-users was reported to be the smell (37 percent), smoke (36 percent), and health concerns (28 percent). When it came to knowledge about cannabis, only 41 percent of open non-users felt that they are knowledgeable on how to consume cannabis.

“New product innovation in the cannabis market has already begun to tear down some of the barriers related to wider cannabis consumption. In addition to edibles and drinkables that do not involve smell or smoke – two of the main complaints cannabis non-users have about the product – devices like vapourisers or vape pens, which create a vapour instead of smoke, serve to minimise these unwanted byproducts. Our research shows that many Canadians view cannabis as a very complex and intimidating product and the lack of understanding leads many to avoid it entirely. Brands can navigate this by using online platforms and in-store employees to help educate consumers about cannabis. Strict laws around marketing cannabis mean that brands have to be very careful about their approach, but using factual statements to help educate and familiarise potential consumers with cannabis is a good way of establishing a trusted position in the market,” said Stewart.