The vegetarian fish, Cebidichthys violaceus, more commonly known as the monkeyface prickleback, is said to have a digestive system similar to that of humans, rendering it possible to compare its genome. 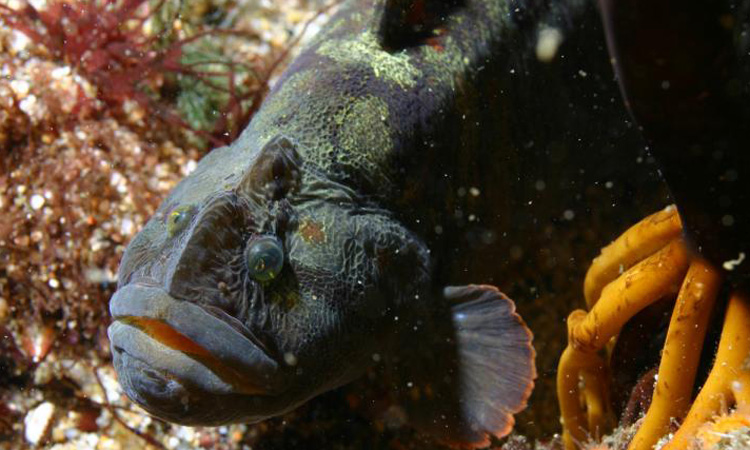 The Cebidichthys violaceus, known as the monkeyface prickleback, grows to as much as three feet long and six pounds in weight. Credit: NOAA/MBARI/Public domain

Findings by University of California, Irvine biologists studying the genome of a fish residing in the waters of the US West Coast are said to offer new possibilities for humans to obtain dietary protein as climate change imperils traditional sources.

The monkeyface prickleback is among just five percent of the 30,000 fish species that are vegetarian, nourishing themselves only with the specialised algae in the tidepools where they live.

This characteristic captured the attention of Donovan German, Associate Professor of Ecology & Evolutionary Biology, Researcher Joseph Heras and colleagues. They reportedly wanted to figure out how the monkeyface prickleback survives on a food source containing a low level of lipids, which are essential for all living beings. By sequencing and assembling a genome for the fish, the team discovered what they described as “the secret.”

“We found that the monkeyface prickleback’s digestive system is excellent at breaking down starch, which we anticipated,” said German. “But we also learned it has adapted to be very efficient at breaking down lipids, even though lipids comprise just five percent of the algae’s composition. It is a compelling example of what we call ‘digestive specialisation’ in the genome.”

With climate change making the raising of livestock potentially less sustainable, the discovery is said to hold promise for developing new sources of protein for human consumption. In particular, it could be important for aquaculture, which is a possible alternative but is contending with the issue of what to feed the fish being raised.

“Using plant-based food ingredients reduces pollution and costs less,” said Heras, the paper’s first author. “However, most aquaculture fish are carnivores and cannot handle plant lipids. Sequencing this genome has provided us a better understanding of what types of genes are necessary for breaking down plant material. If we scan additional fish genomes, we may find omnivorous fish with the right genes that could provide new candidates for sustainable aquaculture.”