Although consumers typically associate food hygiene ratings with the hospitality sector, 57 percent of the report respondents said they expect food producers to have scores, as well as 24 percent expecting ratings for farmers and growers. 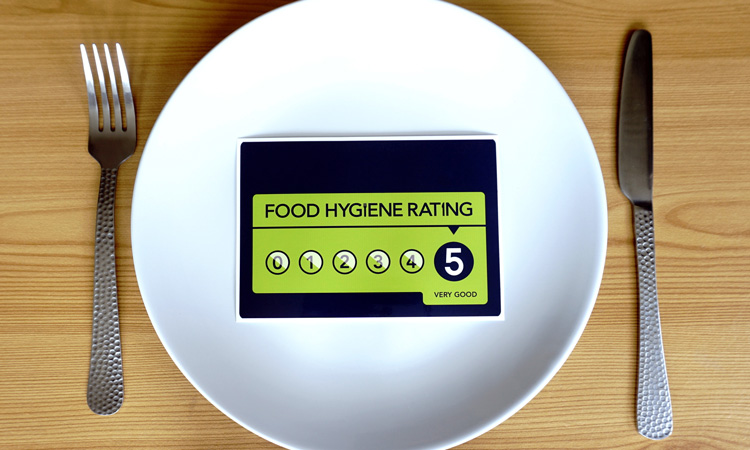 A new report from food industry insurer, NFU Mutual, has shown that more than 52,000 businesses in England, Wales and Northern Ireland could be faced with losing over a third of business, as 34 percent of people would turn away from premises displaying a food hygiene rating of three or less.

NFU Mutual’s research also found that restaurants rated three and below could already be losing out on possible income, as the public are reportedly willing to spend on average £8 more (nearly double) on a meal at a restaurant rated five (£17.31 vs. £8.97).

However, according to report, consumers are currently less likely to seek food hygiene scores for a producer, with seven percent saying they would actively check these scores, compared to the 55 percent checking takeaway ratings and 54 percent checking restaurant ratings.

NFU Mutual’s research showed that proposals from the Food Standards Agency to make hygiene stickers mandatory for manufacturers and producers has gained support from consumers in recent years, with 91 percent stating they were in favour of the rule in 2019 compared with 88 percent when consumers were surveyed for the 2017 report.

“When even the biggest food businesses in the UK are struggling with allergens and labelling, the pressure is on for companies of all sizes to make safety and hygiene a priority. Amidst the challenges currently facing the food industry, the findings show how important hygiene is to the public and how the impact can span across the supply chain,” said Darren Seward, Food and Drink Manufacturing Sector Specialist at NFU Mutual.