The Center for Food Safety (CFS) and Food & Water Watch (FWW) have filed a lawsuit against the USDA in a bid to protect consumers from potentially unsafe pork products. 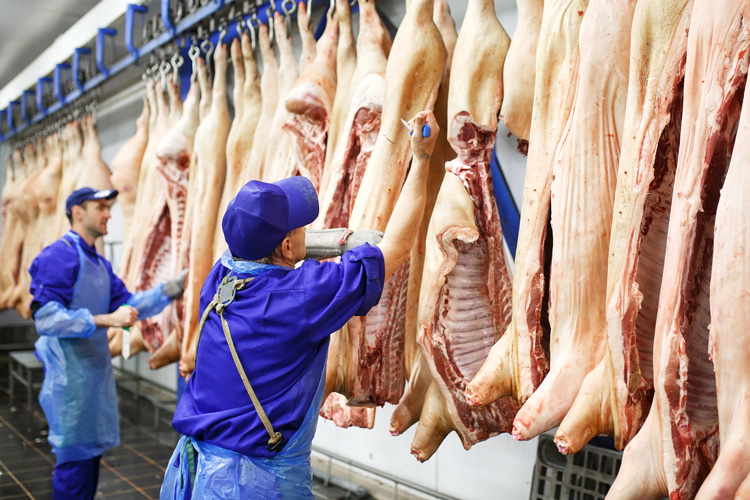 The Center for Food Safety (CFS), Food & Water Watch (FWW), and two supporting members have filed an action against the US Department of Agriculture (USDA) for issuing New Swine Inspection System (NSIS) rules that are said to undermine pork-safety inspection in slaughter plants.

The NSIS rules are an update to the swine slaughter inspection system that has existed in the US since 1906. Prior federal law required that meat inspectors critically examine each and every animal for conditions (as dangerous as septicaemia and salmonella) before and after slaughter.

The new rules reportedly prevent such inspection and hand over these responsibilities to the slaughter companies themselves. They are also said to surrender federal control over removing contamination from carcasses to slaughter companies without any minimum training requirements for slaughter-plant employees. The NSIS rules also allegedly lifted prior limits on slaughter-line speeds, which were in place to prevent foodborne illnesses from occurring.

The lawsuit claims NSIS rules cannot stand and must be permanently stopped, stating that USDA is acting beyond its authority and leaving inspection up to slaughter companies, which breaches the Federal Meat Inspection Act.

“Reducing the number of trained federal inspectors and increasing line speeds is a recipe for disaster,” said Ryan Talbott, Staff Attorney for CFS. “USDA has an obligation to protect the health and welfare of consumers. USDA cannot do that when it takes a back seat and lets the slaughter plants largely regulate themselves.”

“There is no grey area here. The new rules curtail the ability of federal inspectors to detect serious food-safety problems and expose those who consume such pork products to serious health threats like salmonella,” said Zach Corrigan, Senior Staff Attorney for FWW. “It is easy to read between the lines with these new rules: the USDA is letting the wolf guard the hog-house. Food safety is one of the most important protections in our country and gifting the slaughter industry self-regulation powers will mean pork eaters in this country will be facing higher threats of disease.”