Cornell University scientists have discovered that the long-dormant Stemphylium leaf blight disease is the cause of an increase in dieback of onion crops in New York. 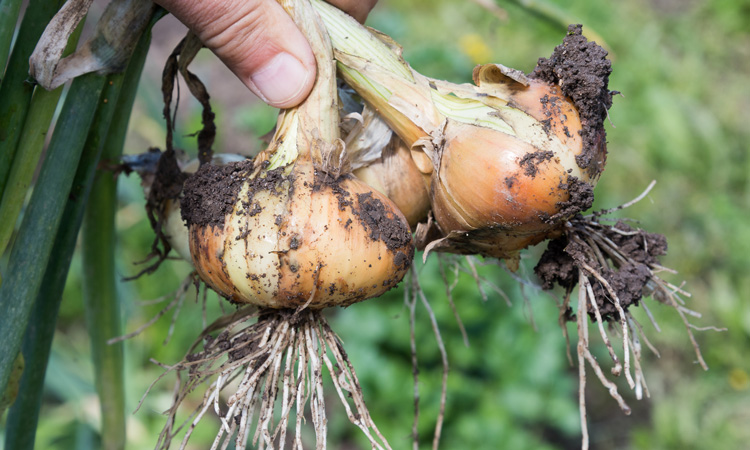 New York is reportedly the fifth largest producer of onion bulbs in the United States, producing over 110,000 metric tonnes from over 2,800 hectares. Most of these onions are said to be grown on high organic matter soils, where foliar disease management is considered crucial to productivity and profitability. These foliar diseases include Botrytis leaf blight, purple blotch, downy mildew and Stemphylium leaf blight.

Stemphylium leaf blight (SLB) initially appears as small, tan to brown lesions that coalesce and extend the length of the leaves. These lesions become dark olive brown to black, contributing to the loss of green leaf area, which may affect bulb size and quality, and prevents the plant tops from lodging naturally when the bulbs are fully matured.

Until recently, SLB has been considered a minor foliar disease as it has not done much damage in New York since the early 1990s. Now, onion growers in New York are reportedly seeing an increase in the dieback of their crops, and scientists at Cornell University discovered that SLB was the cause.

“We set out to determine the cause of the dieback problem,” said Frank Hay, a Cornell University scientist. “A surprise was that Stemphylium leaf blight had long been considered a minor disease of onion but had become the dominant foliar disease in New York onion crops.”

Hay and his colleagues reportedly discovered that the re-emergence of SLB occurred as the disease developed resistance to fungicides. Their research has resulted in the removal of some fungicides from commercial production as widespread field resistance has developed.

Treatment for E. coli may be closer than we think

Are the nutritional benefits of cereals being overlooked?