Action on Salt has discovered that a range of sauces and marinades contain high levels of salt, some up to 10 times the salt concentration of sea water. 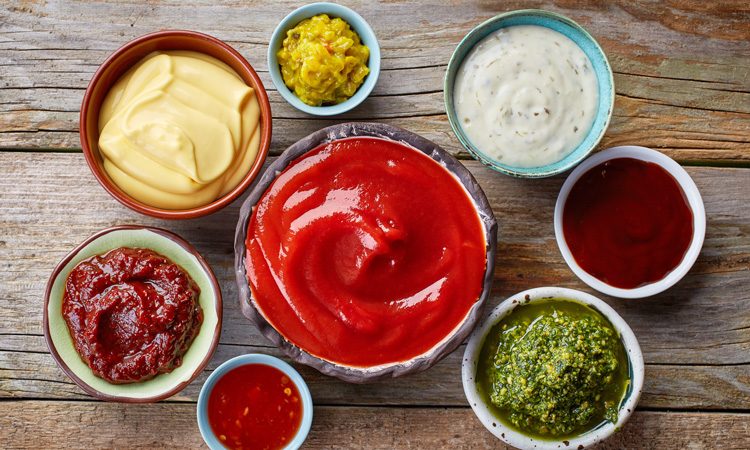 A nationwide product survey by Action on Salt, a charity concerned about salt and its effects on health, has exposed the levels of salt present in many table sauces, Asian sauces and marinades. The group, based at Queen Mary University of London, is now calling on the government to deliver a detailed and robust salt reduction programme for 2020.

This proposed programme should extend salt targets to include categories that have, according to Action on Salt, been ignored, along with mandated targets for key contributors of salt in the UK diet. Mandatory front of pack colour-coded labelling across all food and drink has also been outlined as an urgent necessity by the Charity.

In Action on Salt’s review of 357 products, more than one in two sauces (54 percent) were found to be high in salt (>1.5g/100g) and, as such, would receive a red label on front of pack. Where products do have salt targets set by the government, over a third (38 percent) currently exceed their respective maximum target, despite these needing to be met by 2017.

A 2018 Public Health England (PHE) report revealed that sauces were one of three product categories with the least amount of products at or below the maximum target of salt content (60 percent). So, are we just adding unnecessary extra salt to meals that are already salty enough? Action on Salt investigated, dividing sauce into three categories.

The highest salt content was found in Asian sauces, many of which do not have specific salt targets for industry to follow. While 88 percent of Asian sauces are high in salt and would receive a red label on front of pack, the vast majority (80 percent) were lacking front of pack colour coded labelling altogether.

When it comes to lower-salt varieties, many products are not always readily available in supermarkets, meaning customers are not given enough options to choose from. Without front of pack labelling, it is also tricky for consumers to identify at a glance which products are lower in salt.

The saltiest sauce surveyed was Blue Dragon Fish Sauce, with 26.7g/100g salt; just one tablespoon would provide 4g of salt, which is considered two thirds of an adult’s maximum recommended intake for one day.

40 sauces surveyed claimed to be suitable for marinating. Of these, 58 percent were high in salt and the remainder were amber on the colour coding chart, meaning they contained medium levels of salt. One of the saltiest marinades was Nando’s Peri-Peri Sauce with 2.2g salt/100g. However, only seven of the 40 marinades displayed colour-coded labels on front of packaging.

261 products were grouped as table sauces, including hot sauce, tomato ketchup, mayonnaise, brown sauce, peri-peri and BBQ sauces. Nearly half (44 percent) were high in salt with only 11 classed as ‘low’ (≤0.3g/100g). Hot sauces were shown to be the saltiest of all table sauces per 100g and were the only table sauce category to not have a definitive salt target.

“These sauces are cupboard staples for many of us, but we are unknowingly adding vast amounts of salt to our already salty foods. The message to the government is very clear: set robust salt targets for 2020 which will drive reformulation. This should also include mandatory targets for the main contributors of salt in UK diet so that everyone’s health benefits, including the socially deprived. Mandated colour coded front of pack labelling should also be implemented immediately so that consumers can make healthier, more informed choices,” said Sonia Pombo, Campaign Manager for Action on Salt.

“The most cost-effective way to reduce cardiovascular disease is salt reduction. Failing to set robust targets will result in thousands of people suffering or dying from strokes and heart disease. 1g reduction in population salt intake prevents more than 4,000 premature deaths per year in the UK,” added Graham MacGregor, Professor of Cardiovascular Medicine at Queen Mary University of London and Chair of Action on Salt.

The survey also highlighted sauces that do not have salt targets, including fish sauce, soy sauce and hot sauce. These sauces are extremely high in salt and contribute significantly to the UK diet. Yet, without a specific target, there is no expectation for the food industry to reduce the salt content, said Action on Salt.

A study was published in the BMJ Open, a medical research journal, which analysed the salt content of sauces in the UK and in China.

Monique Tan, PhD Researcher and Lead Author of the BMJ Open study, said: “We saw an overall decline in the salt content of sauces sold in the UK over the past 10 years, with the exception of the period between 2013 and 2015, whereby salt levels either plateaued or even increased. This is most likely the knock-on effect of the Responsibility Deal, introduced in 2011, where the responsibility for improving nutrition was taken away from the Foods Standards Agency and entrusted to the food industry. As a result, no salt targets were set for 2014. This disastrous deal derailed UK’s salt reduction programme which, as of today, still needs to be put back on track.”