Dr Sheryl Tittlemier from the Canadian Grain Commission looks at the progress of food safety assurance, examining the latest developments in mycotoxin analysis. 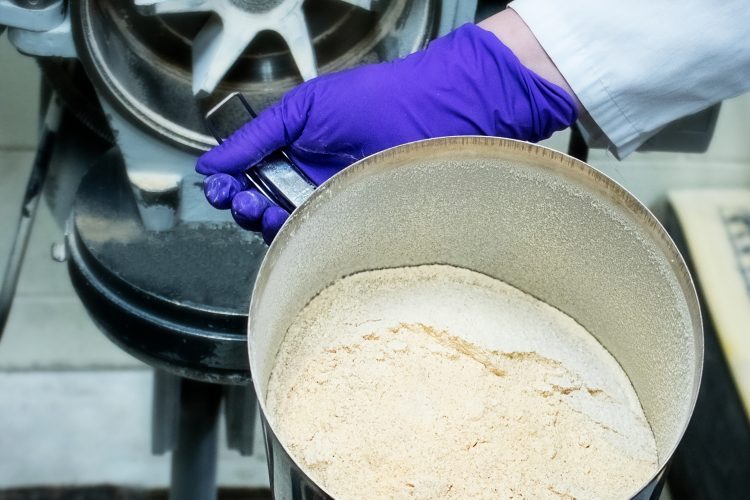 Consumer and food industry interest in safe and healthy foods continues to grow. This interest has contributed to a changing regulatory landscape, evolving opportunities and new challenges in assuring foods meet consumers’ needs. Using reliable methods to detect and quantify mycotoxins is an important part of demonstrating that foods are safe.

I have seen the evolution of mycotoxin analysis play out in our laboratories at the Canadian Grain Commission. Over the past decade, we have invested in efforts to determine the appropriate sampling, sub-sampling, grinding and dividing processes to minimise variance in our test results, while balancing feasibility and efficiency.

The number of mycotoxins we analyse grain for is increasing and we use methods that allow us to test for multiple mycotoxins at once. Currently, the lack of analytical standards limits the increase of mycotoxins included in our comprehensive multi-mycotoxin methods. We cannot include additional mycotoxins until analytical standards have been developed to test for them. We have also used simple methods, such as lateral fl ow devices, in situations where rapid screening is needed as opposed to the ultra-sensitive and selective comprehensive mass spectrometry (MS)- based methods. These analyses give exporters and importers assurance that Canadian grain meets safety requirements.

Cereal grains, spices, nuts, and some fruits and vegetables are commonly susceptible to fungal infection. These fungi produce mycotoxins, which are one of many targets routinely monitored in foods to ensure consumer safety.

Mycotoxins are challenging to analyse because their concentration is measured in micrograms, or milligrams per kilogram, in foods. They can also be heterogeneously distributed in foods and ingredients. Mycotoxin distribution can differ by more than 10 times the concentration from one kernel to the next. On a larger scale, annual growing conditions such as precipitation and temperature introduce variability into foods and ingredients. Variation in fungal populations also occurs across growing areas.

The risk these mycotoxins pose to consumers’ health is managed by adopting maximum limits, codes of practice, action levels and other tools that limit dietary exposure to them. International regulations manage the presence of aflatoxins, deoxynivalenol, ochratoxin A, fumonisins and patulin in foods. Many individual jurisdictions also regulate additional mycotoxins in foods. 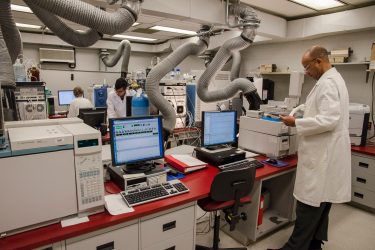 Simple methods use immuno-based techniques. These methods are used when the selectivity, sensitivity and multi-mycotoxin ability of comprehensive methods is not required. Simple methods include enzyme-linked immunosorbent assays and other formats based on antibody binding. Research on using other binding agents (such as aptamers and molecularly-imprinted polymers) is ongoing, but most of the simple methods commercially available today are antibody based.

Simple methods are less resource intensive too because they do not require the same laboratory infrastructure or initial capital funds. Comprehensive methods, which need skilled operators to maintain and run the instrumentation, are resource intensive and require substantial capital and infrastructure. However, some simple methods are designed to be portable and used outside of laboratories.

Advances in the analysis of various foods and ingredients for mycotoxins are summarised in the World Mycotoxin Journal’s annual review. This outlines key developments in the techniques and technologies used to analyse different matrices for a variety of mycotoxins.

A new focus on samples

Understanding the importance of sampling and sample preparation (including dividing and comminuting samples) has been another very important development. There has been a welcome trend to focus more on the steps at the beginning of the analytical process and less on the detection technology used at the end. A growing body of research has shown that the largest contribution to the variability in measuring mycotoxins is from sampling and sample preparation. This is due to the heterogeneous distribution of mycotoxins in foods and ingredients. The analytical methodologies used make minor contributions to the variability of measurements. 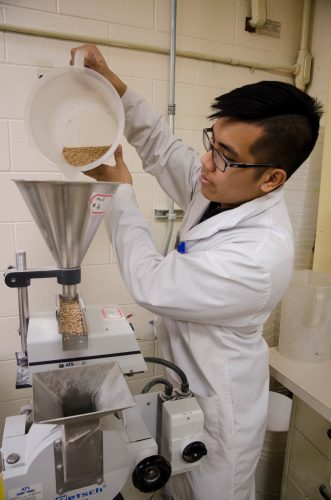 More research is being conducted and published on how the degree of grinding samples, or the size of samples ground, affects the variability of mycotoxin measurements. Sampling plans are also developed and associated with mycotoxin regulations. For example, the Codex Alimentarius Commission has sampling plans associated with its maximum limits for aflatoxins in nuts and dried figs. Tools have also been developed and shared to help users estimate the uncertainty associated with different sample plan scenarios. One example is the Food and Agricultural Organization’s Mycotoxin Sampling Tool in which users can adjust sample sizes, change the number of replicate analyses, accept or reject limits and see the resulting impact on the risk of misclassifying commodity lots as compliant or non-compliant.

At the Canadian Grain Commission, we continue to use carefully chosen, automated equipment to sample moving grain to minimise sampling variance and avoid obtaining biased samples. To prepare samples, we now use high capacity rotor beater mills and rotary sample dividers to grind and divide large masses of whole grain. These tools enable us to minimise sample preparation variance and avoid introducing bias into subsamples.

Improper sample preparation can misrepresent the true concentration of mycotoxins present in the sample. For example, research has demonstrated that severely Fusarium-damaged kernels contain much higher concentrations of deoxynivalenol than mildly damaged or healthy kernels. Damaged kernels are also less dense than healthy kernels, so improper division could lead to samples that over- or under-represent the true presence of damaged kernels, misrepresenting the concentration of deoxynivalenol in the grain. In addition, many mycotoxins are found to preferentially accumulate on the bran or outer layers of grain kernels. Improper handling and separation of ground grain could over- or under-represent the more highly contaminated bran fraction, thus skewing the mycotoxin concentration reported for ground grain.

As we look to the future, it is evident that some things will not change. The need to validate methods for your own circumstances, including the specific laboratory resources you use and the foods and ingredients you analyse, will remain. The need to maintain good quality control measures to ensure method performance is acceptable will also remain. These requirements will exist whether the methods used are simple or comprehensive. As customer and industry needs change however, the analytical community will need to analyse more foods and agricultural commodities for more mycotoxins. There will also be increased demand to demonstrate that food and ingredients meet all regulations that limit consumers’ exposure to mycotoxins as new regulations are enacted. To meet these demands, we will need to obtain more synthesised or purified mycotoxins for use as analytical standards and internal standards. We will also need more simple multiplex methods. As the analysis of foods and ingredients for mycotoxins continues to evolve, scientists will need “more.”

Dr Sheryl Tittlemier received her doctorate in environmental analytical chemistry from Carleton University, Ottawa, Canada. She has been working in the area of analytical chemistry and food safety since 2002. Her current role is Research Scientist and Program Manager for the Trace Organics Trace Elements programme in the Grain Research Laboratory with Canadian Grain Commission since 2010. This programme is responsible for monitoring mycotoxins, pesticides and trace elements – including heavy metals – in Canadian grains and developing new analytical methods for use in monitoring and research projects. 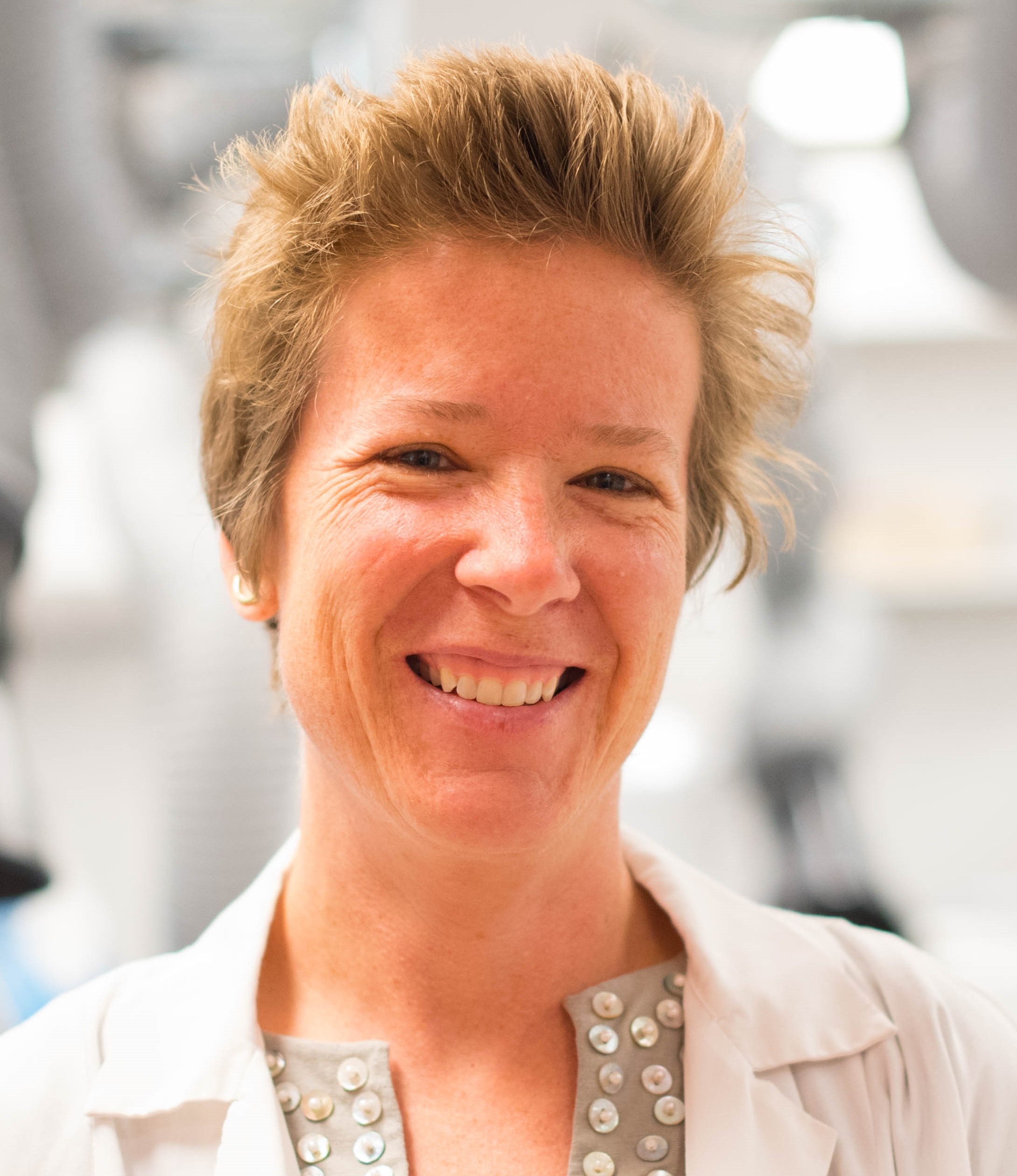