Can CRISPR save the Cavendish?

The world’s most popular banana is dying. Scientists are using the gene-editing mechanism CRISPR to try and save it from extinction. 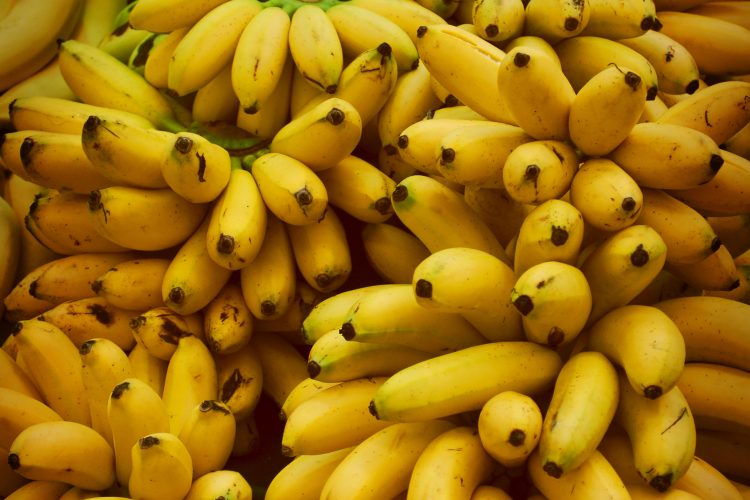 There are over a thousand banana varieties in the world and the Cavendish is the most common, making up nearly the whole of the export market.

The UK imports five billion bananas each year, primarily from Latin America and West Africa. As the Cavendish is sterile, it can only reproduce by creating clones of itself, making it an ideal crop to grow on a large scale.

In 1989, a new disease destroying bananas in Taiwan was discovered. The disease is known as Tropical Race 4 (TR4) – a strain of the fungus Fusarium oxysporum cubense which lives in the soil and kills bananas by starving them of water and nutrients. Between 2-9 months after being infected, the banana plant loses its flesh and collapses in on itself. The TR4 fungus is resistant to pesticides and whilst it only affects the Cavendish banana, there is no TR4-resistant banana ready to replace the Cavendish leaving banana growers in something of a quagmire.

Initially, there were only a handful of suspected infections caused by the TR4 pathogen. However, since its first discovery, the disease has travelled widely across the globe to plantations in Indonesia, Malaysia, India, Australia and the Middle East. The fungus has not yet reached Latin America, where the majority of the world’s export bananas are grown, but it is considered to be only a matter of time.

The threat of extinction of the Cavendish banana highlights the risks facing the global food industry today. In recent years, we have developed new gene-editing technologies that may be harnessed to save it from dying. As the global population continues to rise and the pressure on food production increases, it may be time to reconsider our approach to gene-edited crops.

In attempts to save the Cavendish, groups of scientists are exploring the use of gene-editing technology to create a TR4-resistant strain. However, genetically modified (GM) crops face strong opposition from environmental and consumer groups worldwide.

In 2004 in the Northern Territory of Australia, scientists from Queensland University of Technology in Brisbane isolated a single gene from a wild banana plant called Musa acuminata malaccensis, which was found to confer resistance to the TR4 fungus. This gene, known as RGA2, was transplanted into the genome of the Cavendish banana by a technique known as transgenesis. The result was a genetically modified organism (GMO) – the plant contained genetic material from another organism.

Like many other countries, experimenting with GMOs in Australia is only permitted under strict conditions aimed at preventing any potential harm to humans and the environment. The GMO status of the TR4-resistant Cavendish plant means that these bananas cannot, as of yet, be commercialised. Importantly in this instance, the Cavendish banana is sterile and so there is no risk that DNA from the GM banana could end up in another naturally-occurring plant. 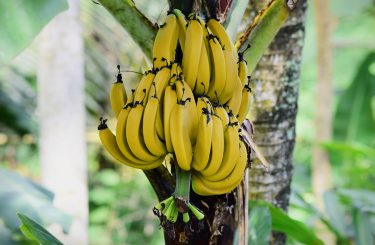 Since the development of the TR4-resistant Cavendish plant by transgenesis, the same group of scientists in Brisbane have been using a new method of gene editing called CRISPR (short for clustered regularly interspaced short palindromic repeats) to develop TR4-resistant bananas. They are not the only ones: scientists at the UK agritech company, Tropic Biosciences, are also experimenting with CRISPR to create a disease-resistant Cavendish. Tropic is also using CRISPR to develop bananas that ripen more slowly, which could help prevent millions of bananas from being destroyed in transit.

The CRISPR technique was discovered in the mid-2000s and involves making tiny, precisely targeted changes to a cell’s genome. For example, it can be used to delete or deactivate a single gene. In this way, CRISPR does not involve the introduction of foreign DNA, which is typically how GMOs are developed.Elsewhere, the method is being used to develop bananas that are resistant to another virus known as the ‘banana streak virus’, which is destroying the Gonja Manjaya variety grown in West Africa.

In 2016, the United States Department of Agriculture (USDA) approved a white button mushroom which had been edited using CRISPR to make them non-browning. The USDA has confirmed that it does not consider such gene-edited products equivalent to GM products. This means that CRISPR is not, at least for the time being, subject to the regulations applicable to GMOs in the US.

In Europe, however, the landscape is somewhat different. In July last year, the Court of Justice of the European Union (CJEU) ruled that CRISPR-edited crops would not be exempt from existing regulations that govern the production of GMOs. These regulations stem from a 2001 Directive that was developed for older techniques used for crop breeding. The Directive imposes obligations on the traceability, labelling and monitoring of GMOs. The CJEU’s decision is likely to influence R&D into gene editing techniques in the EU. However, if scientists can show that CRISPR is as safe as those techniques already exempt from the rules, such as irradiation, then it too may also be exempt.

Click here for more on our Life Sciences & Healthcare insights.