We interview Paul Woodward, CEO of Green Room Brands who is attempting to bring a greener cola into the UK for good. 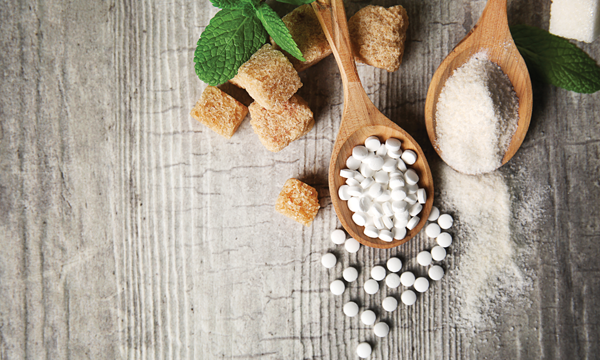 So Paul, what is so special about Green Cola?

Green Cola is the result of years of perseverance and passion in a quest to make a great tasting, zero sugar cola without loading it with unwanted chemicals, additives and preservatives.

We believe that you should be able to enjoy a delicious, refreshing cola, without having to compromise on a healthy lifestyle.

Starting in 2012, we have worked tirelessly with our developers and dedicated nutrition experts, through painstaking recipe refinement (and literally thousands of attempts) to remove the chemicals found widely in most low calorie soft drinks. One by one. Each time, we always kept in mind the strict rule that we must never make sacrifices on taste.

Today we are extremely proud to say that the Green Cola brand contains no sugar, aspartame, phosphoric acid, or preservatives and is naturally sweetened with stevia – even the caffeine in our cola is natural, sourced from green coffee beans.

Just how big is the sugar free trend at the moment?

The diet cola market in the UK is worth about £1.2bn and is in strong growth as consumer switch out of full sugar versions into no sugar options. In 2016 household penetration (households buying full sugar cola, declined by almost a million) and with the arrival of the sugar tax next year, we see this trend continuing in the UK). Our estimates based on Nielsen data indicate that the full sugar sector could lose £90m of value in the next 5 years with no sugar variants replacing it. As Green Cola now accounts for 1 in 4 diet cola drinks in Greece we see a big opportunity for Green Cola to become a major player in the UK, capitalising on this trend.

Stevia is a natural sweetener extracted from the Stevia Rebaudiana plant, native to South America where tribes have used it for over 1500 years. It is 150-200 times sweeter than sugar, so a little goes a long way. 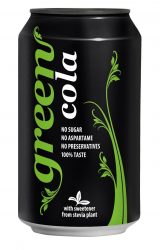 We chose stevia as our key sweetener because it is natural and has no calories, no carbohydrates, scores zero on both the glycemic index (GI) and on glycemic load (GL), and has a negligible effect on blood glucose, making it very attractive for people on carb controlled diets. As an added bonus, stevia can also aid digestion and gastrointestinal functions, improve concentration and help fight fatigue.

How did Green Cola come into being?

Green Cola UK came into being when I met up with Periklis Venieris, the founder of Green Cola in Greece, and agreed that there was a big opportunity outside its home country. Both Periklis and I shared a view that there is a massive latent and growing demand for great tasting cola without preservatives and aspartame sweetener, and we hatched a plan to launch in the UK.

Are we advocates of the sugar tax?

It’s a complex subject. On the one hand there is no doubt that obesity and related illnesses are a major systemic and long term issue for developed societies. Inaction is therefore not a responsible option, but I do believe that we need to have a broader plan to tackle the issue rather than singling out one particular industry, or indeed one sub-segment of it. On the other hand, if the imposition of the sugar tax results in the acceleration of innovation towards developing healthier options for consumers, that can only be a good thing.

If the imposition of the sugar tax results in the acceleration of innovation towards developing healthier options for consumers, that can only be a good thing.

The evidence is that consumers are ready and willing to switch their purchasing habits towards healthier products but only if there is no sacrifice on taste. This was the foundation principle of developing Green Cola, backed up by extensive consumer research that Green Cola, despite having no sugar, no aspartame and no phosphoric acid, refuses to make sacrifices on its taste. You can therefore have your (no calorie) proverbial cake and eat it.

What will have changed in a years time?

One of the things that the founders, Nick, Will and I have benefited greatly from in learning, has been sampling direct to consumers. I am not talking about the ‘machine gun’ sampling we have all experienced at train stations and the like, which is hugely impersonal and wasteful, but actually talking to real people.

Over the last few months, we have personally talked to over 5,000 people about Green Cola at various events across the country.

When they understand that Green Cola is a smaller business comprising of ‘real people’ as it were that genuinely listen and care about their concerns the subsequent level of interest, engagement and support we receive is incredible.

Certainly, big international brands will always have a place, but creating a genuine bond with local consumers and engaging with them has become a must.

As evidence of this, some 90% of innovation is now coming from smaller industry players, reflecting a growing part of the trade that is seeking genuine differentiation rather than stocking the same old brands from all the leading companies. In a year’s time, we will see a huge growth in innovation, but one that is being led by brands and companies that are unconstrained by the politics. Outlets will increasingly look for and partner with brands that understand and match their customer base in a unique way.

For more insight into the potential of stevia, click here.