Stevia: an ally to healthy lifestyles

The last decade has seen dramatic shifts in public perception of healthy versus unhealthy ingredients. Natural sweeteners, like Stevia, are emerging as a key component of a broader strategy to reduce calories. Stevia product launches have soared over the last few years, and consumer tastes are adapting to lower calorie options. As a natural, zero-calorie high-intensity sweetener, Stevia appears to hold great promise as consumers adapt to healthier lifestyles. 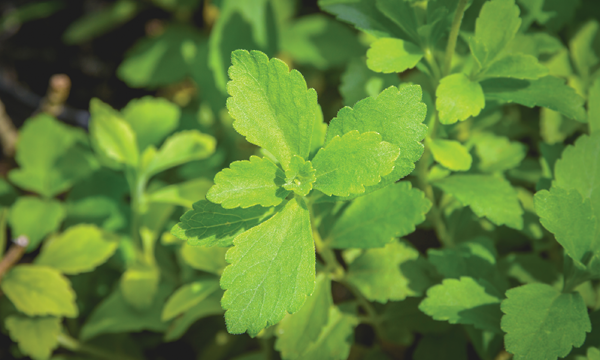 The world is facing a global obesity epidemic. While widespread, the good news is that obesity is a problem that can be contained. Faced with less-than-healthy diets, in recent years individuals and regulatory groups are making a positive pivot.

Excessive calorie intake has been a focal point for what is increasingly viewed as a global war on obesity. From diabetes to heart disease, health professionals around the world are cautioning that the overconsumption of high-calorie foods can be debilitating and, in some cases, lethal. The result has been a massive campaign on the part of governments and advocacy groups to steer global populations in a healthier direction.

In the past groups have grappled with tough decisions to curb unhealthy patterns. The biggest difference today is that the obesity epidemic has countless potential solutions – and many of them don’t require consumers to dramatically change their eating habits.

The last decade has seen dramatic shifts in public perception of healthy versus unhealthy ingredients. Natural sweeteners, like Stevia, are emerging as a key component of a broader strategy to reduce calories. Stevia product launches have soared over the last few years, and consumer tastes are adapting to lower calorie options.

Of the various types of sweeteners, not all are derived from natural sources. Stevia is among the most commonly recognised zero calorie natural sweeteners, sourced from the Stevia plant.

Stevia as an ingredient is naturally derived from the Stevia plant, a small shrub in the sunflower family native to Paraguay, Argentina and Brazil. Stevia is widely thought to have been used for centuries by the indigenous people of South America to sweeten food and medicine, although modern knowledge of Stevia as a sweetener is largely attributed to Italian-Swiss botanist, Dr Moisés S. Bertoni, whose research dates back to 1901. Stevia is a zero calorie natural sweetener, sourced from the Stevia plant

Stevia is a high-intensity sweetener naturally sourced and traditionally extracted by steeping the dried leaves in water, filtering and separating the liquid from the leaves and stems. It is then further purified with either water and/or food grade alcohol. The resulting Stevia is up to 350 times sweeter than sugar yet has zero calories.

The sweetness of Stevia is due to sweet compounds called steviol glycosides – of which there are between 30 and 40 known varieties. Stevioside and Rebaudioside A are the most prevalent.

As extraction becomes smarter and more efficient, Stevia continues to become a main – stream sweetener, both as a product ingredient and a table top staple.

In many ways, a healthy lifestyle comes down to individual choice. But that’s not to say that regulatory groups aren’t taking their own aggressive action. The dominoes are falling across the globe. Earlier this summer, Philadelphia became the first U.S. city to impose a tax on sweetened beverages1. While the tax, in fact, would also include Stevia products, others around allow calorie-free exceptions. Philadelphia follows the lead of a growing number of governments and likeminded groups, including the following:

As more regulatory and scientific bodies follow suit, Stevia is well-positioned to continue to take the lead as a mainstream, natural sweetener. Already, Stevia is approved for use as an ingredient in more than 100 countries, and more than five billion consumers around the world have access to Stevia products.

Companies around the world, including those selling major soft drinks, are introducing Stevia into their products. Not only does this give those businesses options for avoiding sugar taxes, but it encourages a healthier lifestyle for consumers.

Stevia is distinguished from nearly every other low- and no-calorie sweetener because it is naturally derived. As a plant-based sweetener with no calories, Stevia presents the perfect, unprecedented opportunity for:

For decades, high purity Stevia extracts have been approved for use in foods and beverages in Japan. In the last five years leading food safety and regulatory agencies across the world have issued positive safety opinions on the safe use of purified Stevia extracts in foods and beverages. These include the Joint FAO/WHO Expert Committee on Food Additives (JECFA), the French ANSES (National Agency for the Security of Food, the Environment and the Work), the Food Standards of Australia New Zealand, the US Food and Drug Administration (FDA) and the European Food Safety Authority (EFSA).

Pre-clinical and clinical studies show that the use of Stevia extracts is safe for the general population including people with diabetes, children and pregnant women. The growth of the Stevia industry is accelerating

Industry has embraced Stevia as a safe and effective alternative to sugar and artificial sweeteners. In fact, since 2009 more than 9,000 new Stevia food and beverage products have been launched, according to Mintel GNPD 2015, with more than 70% launched just in the last 30 months. New products vary drastically; from sauces, yoghurts, and table top products, to juices, sports drinks, and alcoholic beverages. This demonstrates the versatility of Stevia as a practical ingredient.

As populations around the world increasingly seek healthier lifestyles, the food and beverage industry has embraced Stevia as a natural and sustainable solution.

From a consumer standpoint, Stevia is an enormously attractive option. International Stevia Council research indicates that key consumer drivers include naturalness and sustainability – both of which are key strengths of Stevia. The more consumers are aware of Stevia, the more likely they are to recognise the benefits.

Within this context, the growth of the Stevia industry is accelerating on a global level. The International Stevia Council estimates the global value of the sweetener market to be roughly $70 billion USD, with sugar accounting for $60 billion. The group also estimates that the Stevia industry alone will grow by more than $10 billion over the next 20 years.

As the world continues to fight sugar-related obesity, market potential and public perception are on the side of Stevia. It’s an ingredient with enormous potential in the broader fight for a healthier global population.

About the International Stevia Council

The International Stevia Council is a 501 (c) (6) not-for-profit organisation incorporated under the law of the State of Delaware in the United States (US). The Council was created in July 2010 by 11 founding members. The International Stevia Council is a global trade association representing the interests of all the players in the Stevia value chain: from leaf growers and Stevia extract producers to ingredient users, such as food and beverages manufacturers. The ISC strives to promote Stevia globally, to protect the natural halo of Stevia and to be the authoritative voice of the Stevia industry.