As new challenges shake the foundations of our global supply chain, New Food interviews Bimbo QSR’s Vice President of Global Quality Systems around how to best prepare for uncertainty and the role technology will play. 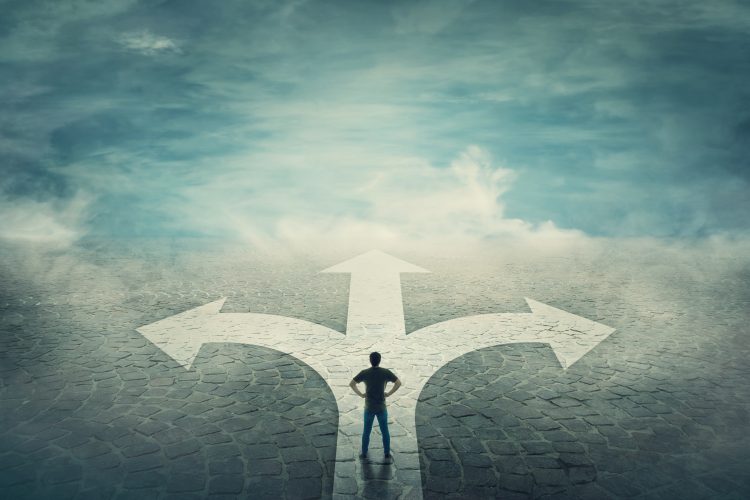 We’re in an age of disruption – not just in a positive sense, such as the advent of new technologies and innovations, but also with the issues that the last few years seem to have invited.

Following the COVID-19 pandemic, which threw our world into disarray, we saw war break out in Europe, as Russia invaded Ukraine. And now, the impact of climate change, which we have been witnessing (and for most of us, silently regarding) for years, has never been more evident than it is today.

It would not be inaccurate to describe the world as ‘a scary place’.

With such complications, the global supply chain issues have become more challenging. But we still need to feed the world; food cannot stop for pandemics or wars without humanity being truly thrown into chaos.

Ingredient shortages, from sunflower oil to wheat and stevia, are pushing brands toward alternative sourcing and reformulation to keep up with consumer demand.

As an international company, Bimbo QSR, part of Grupo Bimbo, supplies restaurant chains with buns and rolls across five continents. So whether it’s been Covid, geopolitical issues, inflation, or regulatory challenges, it has been hit by them all. But it’s also come out the other side.

Commenting on the challenges of the last few years, Mike LaBosky, VP of Global Quality Systems, said: “Our ways of working have changed, and we’ll probably never go back to exactly the way we were.”

In such uncertain times, it is imperative that manufacturers and retailers remain adaptable like Bimbo QSR has been and look to the other side of the ‘disruption’ coin; implementing technologies that can help them navigate this maze safely and efficiently.

Our ways of working have changed, and we’ll probably never go back to exactly the way we were.

As LaBosky explained, despite being “in this game for a long time” his biggest personal takeaway relates to assumptions and risk management. “Everything was thrown out of the window in the last couple of years,” he elaborated. “It’s exciting to learn new things.”

He admitted that “trial by fire is probably not the best way to learn”, but expressed gratitude and pride in the company’s ability to tough it out.

“I like to think we came through this a lot better than other folks. Saying this, in the global food ecosystem, we all have to win.”

How Bimbo QSR overcame the hurdles

So how did Bimbo QSR manage so well? One central aspect of its success was recognising that it needed tools to be agile, so it could keep delivering to its mantra of ‘safe, quality and compliant food’.

Alongside a host of regulatory alert platforms, LaBosky told New Food that it has invested in TraceGains’ Networked Ingredients Marketplace as a way of helping it more astutely navigate these obstacles.

“Given the upheaval in the supply chain over the last two years, it became abundantly clear we needed a partner who would enable us to conduct business better, make products faster, and stay in compliance,” he said.

It will never ever be automated to the point where machines will make our decisions for us.

LaBosky explained that the ‘marketplace’ tool was initially used to ensure quality but has since transcended beyond that single attribute to now assist Bimbo QSR with the help needed to remain on top of global compliance.

“The biggest challenge is going to market quickly yet being compliant – everywhere works differently. The way we go to market in China is different to South Africa and Europe.

“Things happen so fast in the world right now that the ability to access information quickly is a game changer.”

LaBosky added that although the platform has helped the company tremendously, he does still rely on a number of other systems. “I am tied into about five different databases that are nothing but regulatory alerts because compliance is so complex. Nobody has been able to collate everything onto one platform yet because of that reason.”

Saying this, LaBosky did acknowledge the ‘marketplace’ tool’s ability to operate with other platforms such as Bimbo QSR’s MRP and SAP. “That’s a niche that TraceGains has really leveraged.”

So it may be that suppliers are yet to develop a single source of truth, but with platforms capable of collating such level of detail automatically, surely it’s only a matter of time before machines can take over? And would machine hindsight have allowed us to predict the situations we find ourselves in now?

“I wish I could have known what I know now. I would have radically changed my risk assessment model. But we’ll never be able to completely eliminate the human interface, we need to get data in our hands to be nimble,” said LaBosky.

Commenting on the ‘marketplace’ tool, he said: “It doesn’t run itself. What you put in is what you’ll get out of it. A lot of it is automated, but it’s really about business intelligence, understanding the data.”

LaBosky has since hired a dedicated insights team member whose role is to do exactly that. “They’re spending an appreciable amount of time in the TraceGains portal as a lot of our critical information is housed there.

“We couldn’t be as good as we are without human interaction. We’d still get there, but it would just require a whole lot more work.

“It will never ever be automated to the point where machines will make our decisions for us…at least I hope not, because food is unique…food is human.”

But overall, whether machines do begin to make decisions on our behalf or not, LaBosky concluded on a positive, if not cautionary, note around technology: “Organisations that don’t embrace change and adapt, won’t survive.”

We don’t know what’s around the next corner and certainly no one – not even technology – has a crystal ball, but by utilising data platforms and thoughtful human intervention, we can make an educated guess. The key is to remain flexible and poised to change if things don’t go as planned. 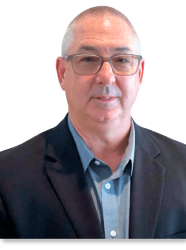 Mike LaBosky is VP of Global Quality Systems at Bimbo QSR. His background includes 40+ years’ experience in the food & beverage industry including quality assurance assignments at Bimbo QSR and East Balt (as the business was known before the 2017 acquisition by Bimbo) as well as several other leading consumer packaged foods companies. Product lines he has overseen include baked foods, proteins, condiments, produce and protein. Mike has been a TraceGains user for about eight years and calls himself a fan of the company’s original platforms and its subsequent enhancements.