Following a tech talk which focused on sustainable food and beverage production, Bethan Grylls highlights three UK-based businesses to keep an eye on. 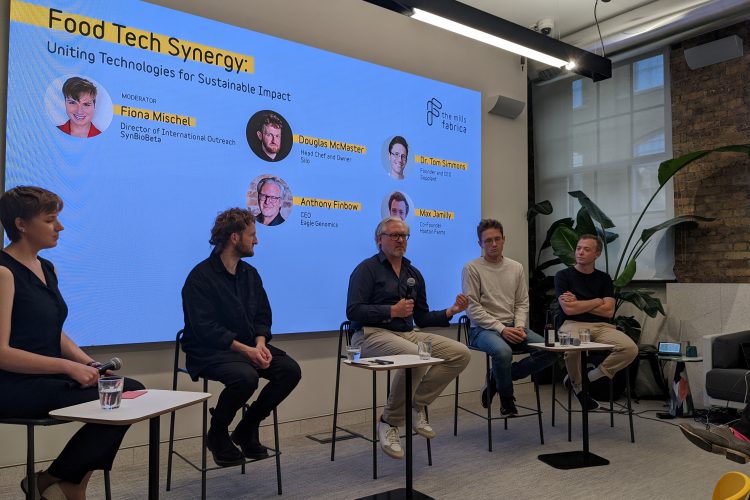 At the Mills Fabrica in London

A snaking queue of people lined up in the tropical rain, awaiting entry into a building of waste. Loud rock and roll music filled the space surrounding containers of cucumbers and strawberry plants that haphazardly decorated the walls.

Douglas McMaster, the Founder of Silo – a zero-waste restaurant in London, UK – painted a vivid picture of what inspired him to start the environmentally-conscious restaurant in 2011 at The Mills Fabrica’s tech talk last week.

The building McMaster described was part of an artist display in Australia by Hoost Bakker, whose art suggested the idea of not having a bin. Ever since, McMaster has become enthralled with this concept and dedicated his life to “not having a bin”.

“Whatever it is, I want to be a part of it,” was how McMaster described his initial thoughts of the mysterious display he had found himself in.

Silo relies on traditional methods to create its food. The restaurant has its own flour mill that turns ancient varieties of wheat into flour the way it was originally done. The staff churn their own butter, make their own oat milk, roll their own oats and support a nose-to-tail ideology, meaning that if an animal dies for food, the chefs utilise the whole animal. 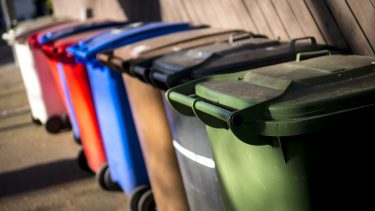 Humans are the only beings to use bins – why is this, questioned Douglas McMaster, Founder of zero waste restaurant Silo.

And it’s not just the food and drink where waste is considered; the entire restaurant is fitted with furniture made from materials that would otherwise have been thrown away, including tables that are reconstituted from food packaging. Even its plates are made from plastic bags and crockery from crushed wine bottles.

“There’s no bin in nature,” McMaster said at the talk. “Why are we the only species that has a bin?”

It’s an interesting thought – do animals waste food? My cat certainly turns his nose up at his food once in a while, but as far advanced as we humans are, no one is polluting the planet quite like us.

Alongside McMaster, the panel also hosted Dr Tom Simmons, the Founder of Supplant.

Supplant is a company which converts fibre into sugars by upcycling agricultural side streams – essentially, it takes parts of corn cobs, husks, hulls and stalks which would otherwise be wasted and turns them into sugars.

We all know about the waste in supermarkets and in homes, but what is less known is the waste created before the commodity even leaves the farm, Dr Simmons explained.

By bringing fibre-derived ingredients into the food system, Supplant is creating sweet treats such as chocolate and shortbread with nutritional benefits, while reducing the negative impacts of refined sugar, carbohydrates and excess calories.

Coming from the cultured meat perspective, the talk also featured the expertise of Max Jamilly, the Co-founder of biotech company Hoxton Farms.

Jamilly spoke of the impact traditional meat production is having on our planet with concern, but noted that changing consumer habits was a difficult feat. 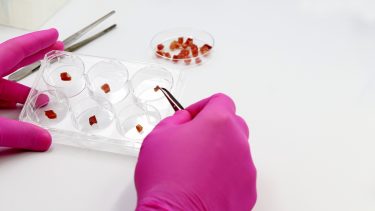 “Food is socially important, it’s culturally important and it’s what brings us all together and sometimes pulls us apart. And so, by changing food, we have this incredible ability to impact the entire planet and, of course, all the people on it as well.

“And the way that you do that is by minimising the behavioural change, allowing people to continue eating the foods that they love, continue cooking the recipes that have been passed down through generations but without having to compromise on taste. We do that by growing cells in a much cleaner, safer way.”

The issue of scaling up

As the talk concluded, Jamilly added that he was excited about the future of food.

“…Perhaps a generation where nobody eats meat anymore,” he suggested, “but they eat meat alternatives all the time and the idea of traditional agriculture and killing a cow or pig just seems weird. It doesn’t seem intuitive anymore and the meat alternatives we eat are a combination of ingredients from plants and cells.”

But to get there will be challenging, the panel agreed.

“I read an article which said that the UK is cited to be one of the worst places to scale-up,” Dr Simmons stated. He was of course referring to the Economist’s piece published last month.1

But Jamilly was more optimistic, seeing the opportunity to write the playbook as a fun challenge. “These supply chains exist, we aren’t reinventing that. But what we are trying to rewrite is how to satisfy the consumer. It wouldn’t be as transformational – what we’re doing – or as enjoyable if we weren’t writing the playbook.”

Indeed, this harsh reality is not just one echoed by the Economist and the panel, but many others. The good news is that is that the number of scale-ups in the UK has risen, according to the Scaleup Institute, but its CEO Irene Graham said there’s still plenty of work to be done.2

“Scaleups continue to face major challenges on five fronts: gaps in talent and skills, access to markets at home and overseas, opportunities to develop leadership, a need for more funding and a lack of flexible infrastructure,” Graham wrote in a statement.

We need “continued concerted efforts at a local, regional and national level to address scaling challenges so we are able to meet the Brexit headwinds ahead and achieve sustainable scaleup growth”.

The UK might not be the best place for start-ups, but I’ll leave you with an anecdote McMaster shared at the end of the discussion which may reignite your faith in – at the very least – our youngest members of society.

“I went to a primary school in West London to host a day of cooking. The paint was flaking, it was not a wealthy establishment, but in a small field they had wheat growing. And believe or not, as they queued for their food, they were chanting ‘save our soil’. I’m excited about that – about a school where regenerative agriculture is part of their education.”

I couldn’t agree with McMaster more – it certainly suggests a glimmer of hope.