As the US celebrates 246 years of independence, this year could mark one of the most expensive Fourth of July holidays in memory as consumers feel the squeeze of inflation. 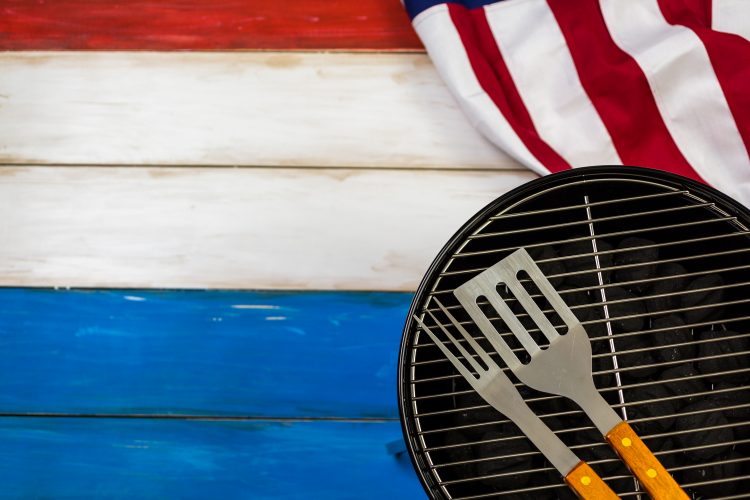 The Fourth of July is one of the most important holidays of the year for many Americans. The Independence Day festivities for most mean a gathering of family and friends, a BBQ and food – lots of food. It’s a celebration of everything this union of 50 states has to offer, from the brisket and burnt ends from Kansas to the grilled shrimp of Louisiana.

But what does Fourth of July 2022 look like for the food and beverage industry and consumers alike? Here, we examine the most popular foods in American shopping baskets, delve into the origins of some holiday favourites, and ask whether this Independence Day might be one of the costliest yet.

What are Americans buying this Fourth of July?

Every state has its Fourth of July speciality, but there are some staples that transcend state lines and dominate the shopping carts in US grocery stores.

Instacart, a US firm specialising in grocery delivery and pick up, has complied data revealing the most popular foods requested on its platform this holiday. It’s perhaps not surprising ice cream, baked beans and tortilla chips make the top 10, but the inclusion of white corn and watermelons in that list might raise a few eyebrows.

The top four is, however, unlikely to surprise many. Hamburger buns, potato chips, hot dog buns and hot dogs rank as the most popular foods requested on Instacart’s platform this Fourth of July – ask anyone around the world what Americans eat on Independence Day and those four foodstuffs would probably feature.

Personal finance advisory website WalletHub claims that American plan to spend $7.7 billion on food this Fourth of July. Out of that frankly giant chunk of cash, WalletHub says that 750 million pounds of chicken will be purchased in the week preceding the federal holiday, while $1 billion and $450 million will be spent on beer and wine respectively.

The hot dog is a Fourth of July BBQ staple. In fact, the National Hot Dog and Sausage Council (NHDSC) claims that 150 million of them will be eaten during this particular holiday, making it the biggest single day for hot dog consumption in the year.

Like most Americans staples, there are plenty of variations depending on where you find yourself within the US – but how did the dog find its way onto American grills? 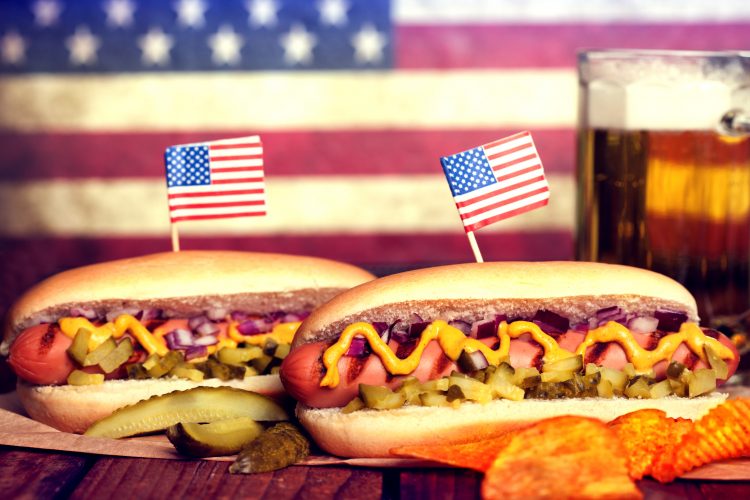 It’s thought that German immigrants to the US first brought the hot dog across the Atlantic. Sausages feature heavily in German cuisine, although there is some dispute over where in Germany the ‘dachshund’ or ‘little dog’ originated from (Frankfurt-am-Main claims this honour, but Coburg also has a valid shout).

‘Dachshund’ was the original name for the hot dog (named after the popular dog breed), but this all changed when, according to the NHDSC, American vendors would shout “Get your dachshund sausages while they’re red hot!” at polo games. Popular cartoonist Tad Dorgan, when depicting the scene, was unsure on how to spell Dachshund, and simply wrote ‘hot dog’. This story is disputed by some who claim the term originates from so-called dog-wagons selling sausages, which was a rather unpleasant suggestion on where the meat might have come from.

In light of those eye-watering statistics around Fourth of July revenue, it’s worth remembering that this could well be the most expensive Independence Day on record.

Data from Statista has revealed that average food expenditure for the holiday has been steadily increasing over the past few years, but with inflation at levels not seen in decades, 2022 could be a very costly year indeed. Analysis from Wells Fargo has revealed just how much some popular products have increased in price. For example, chicken breast and wings have risen by upwards of 25 percent.

But Wells Fargo has also offered some advice for grillers ahead of the celebrations, with some handy substitutes suggested for products worst-hit by inflation.

Pork, despite displaying a 3.1 percent increase in price on 2021, remains a good-value option as a source of protein source. Fellow BBQ favourite ground beef (used by many to make homemade hamburgers) has increased by 11.8 percent, although Wells Fargo notes that demand for frozen pre-formed patties has dropped off, offering a potential alternative for consumers.

In terms of beverages, beer prices are up 25 percent on 2021, which considering the amount purchased for the holiday, makes for expensive reading.

Wine, however, offers a soothing alternative, with prices sneaking up more marginally at 5.8 percent. In any other period of time this might seem like quite the hike, but in the current climate it’s modest by comparison.

Retailers will have to hope that the current economic situation does not put consumers off during what is a crucial period of the year for the US food and beverage industry.