Muhammad Sheraz discusses the key points highlighted at the International Food Security Forum in Almaty, Kazakhstan , and ways in which progress is being made to ensure food security is strengthened in Central Asia, Africa and the Middle East. 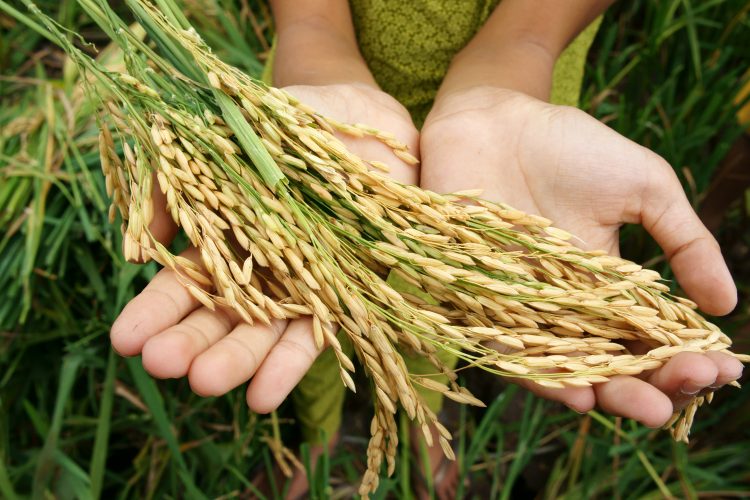 The aim of the event was to discuss the emerging problem of food security, how it threatens the developing world and what urgent measures are required. Here’s the key takeaways…

What is the International Food Security Forum?

Ministers, policymakers, and scientists gathered on 8 and 9 June 2022 at an International Forum on Food Security, jointly organised by the Islamic Organization for Food Security (IOFS) and one of Kazakhstan’s oldest and most prestigious national research universities, the Kazakh National Agrarian Research University (KazNARU).

The Food Security Forum provided an opportunity for policymakers, especially from African and Middle East countries, to interact with some of the famous scientists and experts from Central Asia and the CIS (the Commonwealth of Independent States). The speakers explored ideas of how we should address the threat of food scarcity and best provide food security to millions of people in regions that might be affected by droughts, heatwaves and water shortages as a result of climate change.

The selection of Kazakhstan as the venue for this high-level event on the global food crisis was quite interesting. In geographical size, Kazakhstan is larger than France and Germany combined, but with only about 19 million inhabitants. In the 20th century, the country was a significant food source for the Soviet Union. Following the split of the USSR in December 1991, Kazakhstan has been the leader in the food and agriculture sector in Central Asia and, indeed, in the entire former Soviet states. It’s among the top 10 wheat exporting countries in the world – exporting to 70 countries.

Kazakhstan also produces and exports dairy products, wool, and other agricultural products commodities. Agriculture accounts for five percent of Kazakhstan’s GDP yet 80 percent of the land is agricultural.

One of the reasons for Kazakhstan’s remarkable progress in the food and agriculture sector is its strong research and education institutions, and the academic and scientific achievements of its scientists in developing innovative technologies and production means. 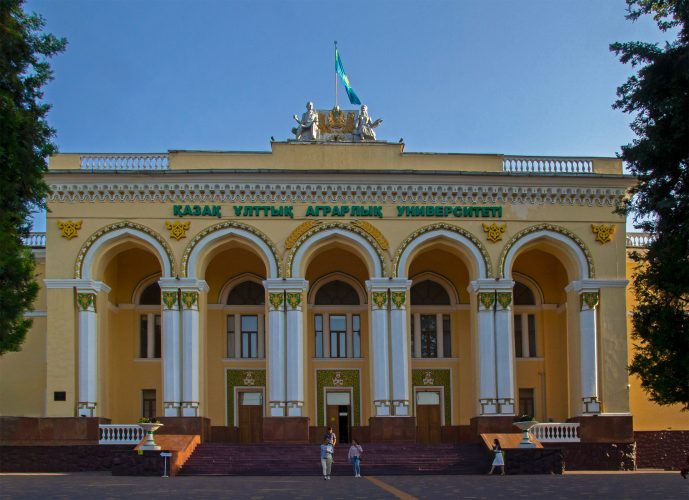 KazNARU is one of Kazakhstan’s oldest educational institutions

KazNARU is one such university and has become a driving force behind the agricultural revolution taking place in Kazakhstan. The establishment has more than 3,000 agricultural farms in Kazakhstan, and its scientists and experts work in nine regions and 88 districts of the country, disseminating knowledge and expertise and carrying out extension programmes. The university has 790 faculty members, 50 modern research laboratories, 18 international research laboratories, and nine international innovation centres.

By hosting the International Food Security Forum, KazNARU provided a platform to over 1,000 participants from 38 countries to share experiences and engage in deep discussion around the issue of food security threatening many countries of Africa, the Middle East, and South Asia.

African politicians and thought leaders in particular highlighted the seriousness of the food crisis that hit countries of the resource-rich continent.

In his speech, Senior Special Assistant to the President of Nigeria, Muhammad Sani Zorro, told the audience that many countries of Western, Eastern and Central Africa faced water shortages, land degradation, desertification, and rain scarcity. These climatic conditions result in internal and cross-border migration and are among the main causes of conflicts and food crises in Africa.

Khadijah Diallo, a special advisor to the President of the Republic of Niger, added that 80 percent of Niger’s population depends on agriculture. The country has huge potential and yet, it suffers from a food crisis.

In the last three decades, Niger’s population has grown from eight million to 22 million people, and now Niger is the worst affected area in terms of food security. More than 4.4 million people in Niger need urgent assistance in food provision. As such, Diallo’s speech urged the IOFS to devise long-term sustainable policies to address the food crisis in Niger and its neighbouring countries. 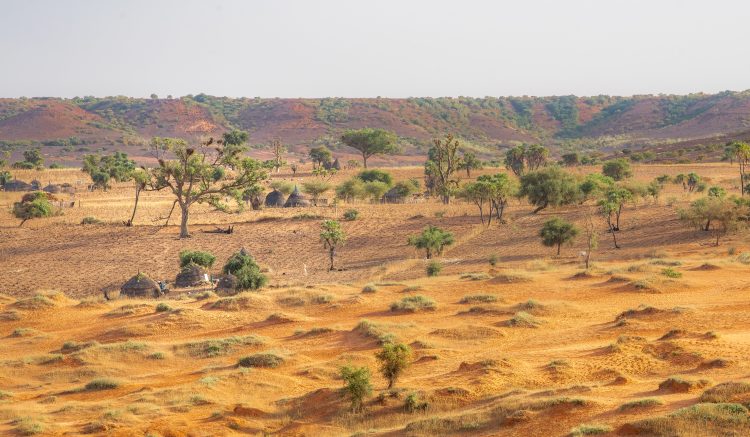 The Sahel links the Sahara Desert and sub-Saharan Arica

Striving for a more food-secure continent

During the Forum, Diallo; KazNARU Rector Professor, Tlektes Yespolov; and IOFS Director-General, Yerlan A. Baidaulet signed an MoU (Memorandum of understanding), which aims to enable the sustainable provision of water resources to the countries of the Sahel region by 2030. Under the plan, KazNARU experts will assist in building the Climate-Smart Agricultural and Food Systems in the Region.

IOFS Director-General Yerlan A. Baidaulet said that the IOFS is striving to realise its 10-years Strategic Vision 2031 adopted by all OIC member states to develop human capital and food security, support small farmers through extension, strengthen the role of universities, and raise awareness of food and nutrition security principles from an early age among OIC member countries.

Furthermore, to train farmers and food sector workers dealing with food crises and assisting in ensuring food security in developing countries, the IOFS announced 10 COMSTECH-IOFS Fellowships for ‘Research and Training in Food Security’.

According to Professor Yespolov, from October 2022, KazNARU Rector will start the training of IOFS nominees from Pakistan, Egypt, Chad, Nigeria, Mauritania, Mozambique, Bangladesh, and Afghanistan. The trainees from eight OIC member countries will come to KazNARU in Almaty, Kazakhstan to undertake courses and receive intensive training as part of the university’s fellowship programme.

Challenges in standards and certification

The economies of many developing countries depend on the food and agriculture sector, however, they can’t export food products to international markets due to a lack of certification and quality standards. Kazakhstan, for example, has a huge potential for meat and dairy products exports but most milk in Kazakhstan is produced at homes and thus doesn’t meet international quality standards. The same is the case with many other countries. The International Food Security Forum discussed food safety, quality and certification issues too.

Following the talks, KazNARU Rector and an Omani company, ATYAB, signed a MoU under which a new research centre, The International Research Center for Food Security and Halal, was to open. And this opened at KazNARU on the second day of the forum.

The new centre will work towards expanding the activities for testing, inspection, and certification of products for food safety, their compliance with quality standards, and environmental protection for maintaining the health of people and animals. The new facility and service will boost Kazakhstan’s food products export and the centre will also facilitate agri-businesses and industries in the Central Asian region.

Another outcome of the International Food Security Forum was the announcement of the ‘Almaty Declaration’. Through this, participants of the forum recommended that IOC member states support the IOFS in its prioritisation of the vision of transforming lives. It has suggested to achieve this via education as a driving force to build a new generation of food security leaders and ensure the talent development for better food systems, within the framework of achieving the Sustainable Development Goals two and four and their corresponding targets.

The declaration proposed the inclusion of food security education programmes in the curriculums at agrarian educational institutions in OIC member countries, while developing the well-being of small-scale farmers and the economic growth of their respective countries via their extension capacity, which may be beneficial and contribute directly to improve the food and nutrition security indicators.

The declaration also called for an increased use of genetic diversity for safeguarding global food security, underpinning healthy and nutritious diets, improving rural livelihoods, and enhancing the resilience of people and communities.

“It is high time the international community addresses the issue of damage of genetic resources storages in areas of armed conflicts, and therefore, request the IOFS to take necessary and appropriate action within the framework of OIC decision-making processes towards expressing concerns to the United Nations (UN), other international organizations and the international community at large to secure their strong condemnation for the use of violence that destroys and damages genetic resources storages in conflict zones, while ensuring their unwavering commitment to accordingly protect such infrastructures by adding their attack/destruction to the list of war crimes, as defined by the international humanitarian law,” the Almaty Declaration reads.

Through the declaration, OIC member states and relevant institutions were invited to strengthen the actions at national and local levels for the acquisition, conservation, and sustainable use of plant genetic resources and improvement of animal genetic resources to enhance food production and agricultural development.

The need to consolidate efforts accordingly was also emphasised, as was the importance of establishing the storage facility of agricultural genetic resources within the OIC geography.

Moreover, the declaration recommends the review of implemented national and regional programmes on food safety and nutrition to achieve optimal human and public health, safety and wellbeing through the food system.

The declaration also urged the IOFS to present a proposal to the 9th Ministerial conference of Food Security and Agricultural Development, to be held in 2023, to further expand the basket of commodities to other commodities, including maize, seafood and aquaculture, as well as vegetable oils.