Andrew Tindall of Mewburn Ellis LLP gives an update on the state of the world’s fish stocks and why cellular aquaculture affords reason for optimism. 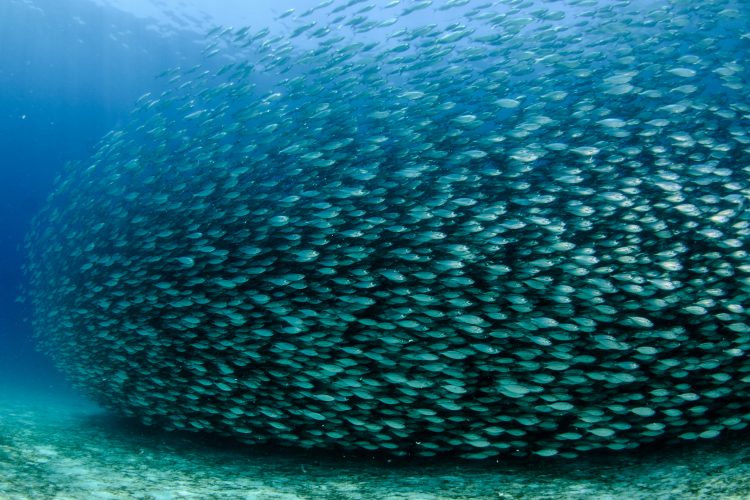 With fish stocks declining, how do we ensure seafood sustainability?

While the oceans remain as vast and seemingly inexhaustible as ever, the old adage that “there’s plenty more fish in the sea” no longer appears to hold water. The Food and Agriculture Organization of the United Nations estimated in 2018 that more than one-third of world fish stocks were overfished in 2020,1 and that this proportion continues to rise as steadily increasing demand places pressure on the almost 60 percent of remaining stocks which are already at their maximum sustainable levels.

The complexity of ocean food webs also means that the overfishing of one species can have dramatic consequences for the entire ecosystem. For example, overfishing of Atlantic cod resulted in an explosion in numbers of their prey species which, in turn, ate juvenile cod, resulting in the near-total collapse of Newfoundland cod stocks. It is clear that ‘business as usual’ is unsustainable in the long term.

How do we fix this?

Two approaches have historically formed the toolkit for the pursuit for increasing seafood sustainability. Firstly, pressure on overfished stocks can be relieved by reducing catch quotas and substituting them for less pressured species. However, this raises prices which, if passed on to consumers, may drive demand for cheaper products without these safeguards. Furthermore, changing fish stocks simply moves the problem around: while cod stocks can be relieved by pollock, and pollock by hake, eventually you simply run out of fish.

Alternatively, fish farming, or aquaculture, removes pressures on wild stocks completely and accounts for almost half of global fish and seafood production today. However, not all fish are suited to this approach, and the environmental impacts of the aquaculture industry are still significant.2 Fishmeal – made up of ground up forage fish like sardines – and fish oils, which are both essential feed for farmed fish, must still be sourced from the wild and are growing increasingly expensive as stocks are depleted. The energy required to run a fish farm is also staggering. Farmed fish produces similar or higher greenhouse gas emissions3 to other animal sources of protein, with farmed prawns and shrimp beating beef to the dubious title of ‘most carbon-intensive form of animal protein’. Clearly, more tools are needed to increase the sustainability of seafood.

However, a new approach is emerging that could completely relieve pressure on fish stocks, while avoiding environmental degradation. It’s called ‘cellular aquaculture’. By taking cells from wild fish or seafood, growing and multiplying under conditions similar to those used in laboratory cell culture, and differentiating these cells into muscle fibres and tissues, high quality food products can be produced sustainably. This can reduce waste by only growing the parts we eat, saving on bones and viscera. This approach is no longer the stuff of science fiction, with cell-grown salmon and shrimp already being produced and consumed, albeit at pilot scale. 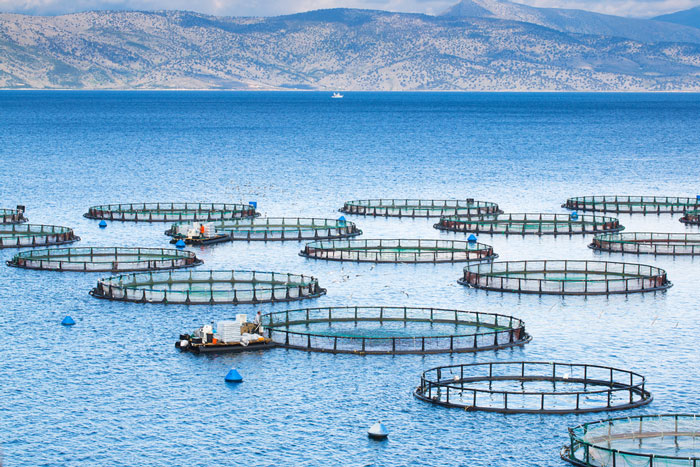 Fish farming, or aquaculture, is one solution to declining fish stocks

The advantage of cellular seafood

Similar approaches have been proposed for raising ‘cultured meat’, although interestingly fish possess certain advantages that make them particularly suited to cell culture.

Firstly, the complexity of oceanic and aquatic food chains means that the potential energy and carbon savings are multiplied significantly. Animals are not completely efficient at converting energy into tissue. For farmed salmon, the feed conversion rate (FCR) is around 1.2. This means that to produce 1kg of salmon, you need approximately 1.2kg of feed. However, unlike herbivorous farmed land animals, salmon are predatory, so their food in turn has an FCR, and so on down the food chain. As the losses increase with each ‘link’, the potential efficiency savings are increased for predatory fish.

Fish and seafood are also more biologically suited to cell culture. Factors such as a naturally high expression of telomerase, rapid cellular growth, and a broader tolerance of culture conditions may mean that cell-cultured fish and seafood reaches the mass market before that from terrestrial animals.

That said, the sheer diversity of ocean species consumed will each pose different technical challenges, and the technologies will not necessarily be directly transferrable between species. While not quite starting from scratch each time – as much of the core process and bioreactor technologies will be the same or similar – the methods and culture media will at least need to be optimised for each new species. We may therefore see multiple smaller companies, each specialising in a particular species, rather than large manufacturers producing everything from trout to lobster.

Cellular aquaculture could even improve the safety of fish. Fish is a major source of dietary toxins through bioaccumulation. As big fish eat smaller fish, toxins such as mercury become more concentrated in their flesh as we move up the food chain. This is far worse for ‘bottom feeders’ such as lobsters, crabs and shrimp. By shortening this chain so that cells are directly fed on controlled, toxin-free media, this build-up can be avoided. Furthermore, the fact that cellular aquaculture carries a lower risk of harbouring parasitic worms might appeal to those squeamish about the safety of raw fish.

Not all plain sailing…

Despite this, there are several hurdles for cellular aquaculture to clear.

One major challenge will be developing a product that is indistinguishable from, rather than a substitute for, the real thing. Ensuring that fish cells have comparable texture, flavour, mouthfeel and cooking properties to natural fish will require significant optimisation.

Innovators in this field have focused on high-prestige fishes such as sashimi-grade salmon and tuna, which are highly overfished species that can be sold for high prices, yet have difficult structures to imitate. That said, cellular aquaculture may soon be able to replace the large amount of fish consumed as processed products, such as surimi (most often seen in Europe as imitation crab stick) and fishmeal common in animal feed, by taking advantage of the existing processing techniques to achieve the desired texture.

However, the main obstacle to cellular aquaculture remains working at scale. While pioneering companies have demonstrated capability in producing prototypes of their cultured seafoods, increasing to industrial production is far from trivial. Maintaining optimum, uniform conditions in a large bioreactor is a significant challenge compared to a bench-top system.

So is cellular aquaculture the answer?

While these challenges are significant, the rewards for overcoming them are too. By the year 2100, without significant changes, more than half of the world’s marine species may be on the brink of extinction.5 This is a significant portion of the world’s food system. While fish accounts for about 17 percent of the global intake of animal proteins, and seven percent of all proteins consumed, this is heavily skewed towards less economically developed countries.

Cellular aquaculture, plant-based seafood analogues, conventional aquaculture and even limited wild capture all have roles to play in building a food system capable of feeding a global population which, based on current projections, will require raising overall food production by 70 percent by 2050, while maintaining ecosystem health. Rather than abandoning seafood altogether, it is vital that we identify ways to exploit this resource sustainably so that the oceans’ bounty can continue to reach those who need it.

Andrew has a Masters degree in natural sciences from the University of Cambridge and a PhD from the University of Liverpool. He joined Mewburn Ellis LLP in 2015, qualifying as a Chartered Patent Attorney in 2018 and European Patent Attorney in 2021.  Primarily, he works with life sciences clients who are early innovators in their fields, such as universities and start-ups, and his work covers a range of technical areas. 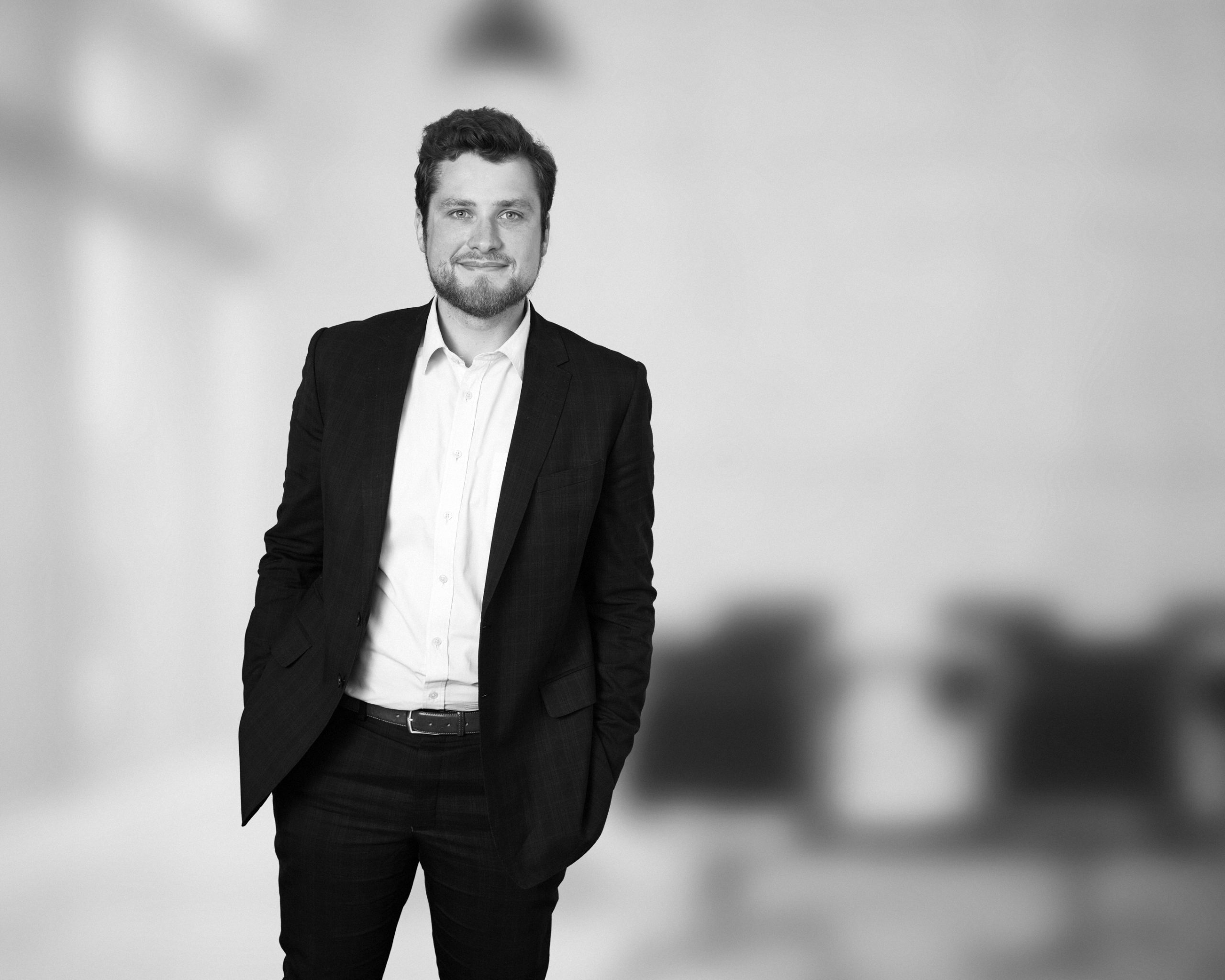