The sustainable future of food in the workplace

The catering industry is responding to an increased focus on health, wellbeing and sustainability. The challenge: to provide wholesome food that meets crucial corporate social responsibility targets, while answering consumer demand for nutrition. Ryan Holmes considers whether seasonal supply chains and plant-based diets hold the answer. 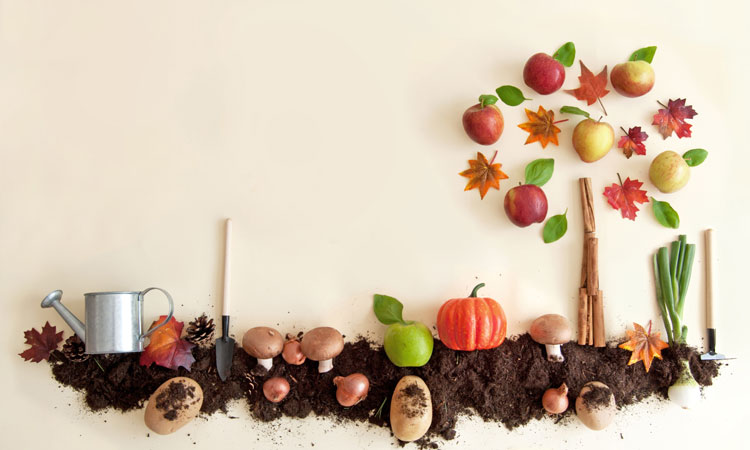 We are all used to seeing an unseasonal array of produce practically everywhere we go to buy food. The UK is reliant on imports, which account for just under half of the total food consumed across the nation.1 The main exporter of food to the UK is the EU, with Africa, North America, South America and Asia exporting roughly the same amount each (in 2019, this accounted for 12 per cent of food consumed in the UK). Each year, the value of food imports to the UK is billions greater than British exports.

Now, there is a renewed focus on food supply chains across the world. Food prices are increasing globally, while food security is decreasing.2 It’s easy to think about issues like Brexit and see supply chain issues as a national problem. However, we are not alone: countries like the US and Russia are seeing increased prices for products like sugar. Some countries, including France, are pursuing greater food self-sufficiency, selecting crops that are likely to decrease dependence on imports.3 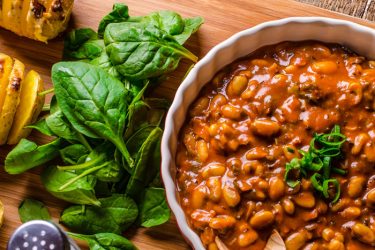 Supporting British farmers is a crucial adaptation for the UK food industry, requiring some of those billions we invest in imports to be returned to our economy. As a chef, working with seasonal British produce is exciting; it takes tenacity and an approach to food that centres around making people feel good. I work with over 80 percent British produce, developing menus to be deployed in workplaces across the country; so I know it is possible to produce crowd-pleasing dishes that don’t require serving strawberries in January. Another major ‘feel good factor’ of working with British produce is that it offers improved sustainability credentials.

We know that imports are contributing to greenhouse gas (GHG) emissions. Not only is importing these foods by air, road and sea emitting GHGs into the atmosphere, but there can also be hidden emissions in long international supply chains.4 While agriculture is a contributor to UK GHG emissions, making up around 10 percent, it is argued that the UK is unfairly increasing the emissions of less developed countries with its overreliance on imports.5 Using British produce means the carbon emitted along the food supply chain is always our responsibility, falling under our national policies around achieving net zero GHG emissions, rather than it being hidden in a developing country.

The perks of buying local…

Seasonal British produce also means improved global justice. The economist Kate Raworth has raised the alarm that our culture of overstocking unseasonal, imported food, which is often sold cheaply, is creating injustices for workers in countries such as Chile and South Africa. These injustices affect female and marginalised groups the most,6 so there is an urgent need to change the way we approach produce.

It might sound like a serious matter, and it is, but it ‘boils down’ to great dishes. Thinking creatively is key. Take a seasonal vegetable like a cabbage that is normally associated with bland dishes. It could become part of a vibrant Asian-inspired ‘slaw or delicious dumplings and there are some fantastic Mexican recipes that use red cabbage. It’s time to get excited about the benefits of British produce.

The benefits of plant-based

Plant-based diets and lifestyles are continuing to gain traction as the environmental and health benefits become clearer (and as the dishes improve!) The sustainability benefits are appealing: if we all switched to a plant-based diet, there would be a 49 percent reduction in GHG emissions from food production (which accounts for nearly 15 percent of global emissions), while land use would decrease and ecosystems would benefit from a decrease in eutrophication, where run-offs from agriculture wreak havoc on biodiversity.7

The health benefits are equally compelling – with a reduction in saturated fat and an increase in fibre, it’s not hard to see how a plant-based diet could contribute to better health outcomes. We serve a Chilli Non Carne, which offers 29.5g protein and 1.4g saturated fat, while its meat counterpart has five grams less protein and 3.5 times as much saturated fat. Surprisingly, there may even be mental health benefits to eating a plant-based diet;8 for example, some research has shown vegans and vegetarians to have better mood profiles than meat eaters.

The future of food in the workplace

So, how does all this translate over to the workplace? We know that businesses have certain CSR targets to meet, while consumers say they want to see more sustainable and nutritious choices available. Research has also shown that uptake of ethical and sustainable produce is fairly low,9 suggesting that factors like cost, availability and convenience still factor greatly in consumer decisions.

We do not see our role as dictating what people eat, rather we allow people to make their own choices by increasing the convenience and availability of sustainable and nutritious foods. We do not preach, but rather we must tempt workers back into the workplace with dishes and Covid-safe spaces that resonate with them and make them feel good about themselves.

The future of food in the workplace is about offering those mindful and planet-positive choices, with a renewed focus on creating flexibility for the consumer.

Ryan Holmes heads up Compass Group UK and Ireland’s Business and Industry division where he oversees the inhouse catering offer for some of the world’s best-known companies.

He has worked at Compass since 2015, but previously was the Head Chef for the Formula 1 Williams Team. Holmes trained in Hospitality Management at Plymouth College, before studying classical French cuisine, beginning his career in high end hotels and restaurants in France and the UK. 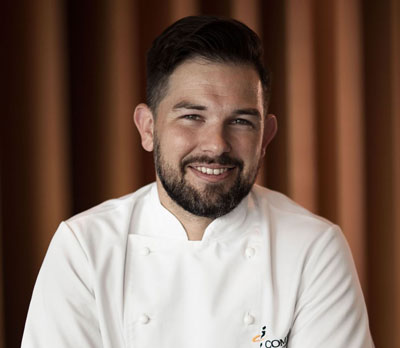